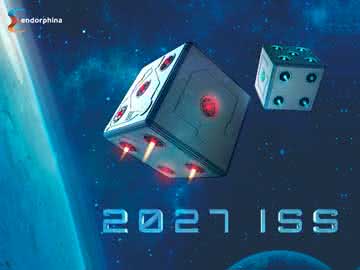 The 2027 ISS online slot is a nine-payline game that is themed around gambling and the International Space Station. You can get wild multipliers during the regular gameplay along with an unlimited number of free spins and multiple four-figure jackpot prizes.

The International Space Station, known as the ISS, floats out in space and has people from different countries aboard to help study what is beyond the Earth. The 2027 ISS online slot by Endorphina brings this space concept together with some general gambling motifs to give players lots of opportunities to win some pretty substantial payouts. The reels are see-through and allow you to see the space setting behind the reels, and it’s a great look for a title that centers around a high-action style of gameplay.

Format and Layout of the 2027 ISS Slot

The format of a game is really important because it sets the tone both in terms of how the slot appears visually but also how it plays in terms of overall gameplay style. With the 2027 ISS video slot, you’re getting five reels, three rows and nine paylines of action. These lines only pay from the left to the right, but you’ll find that there are lots of ways to get paid in spite of only having this few lines on the game board. 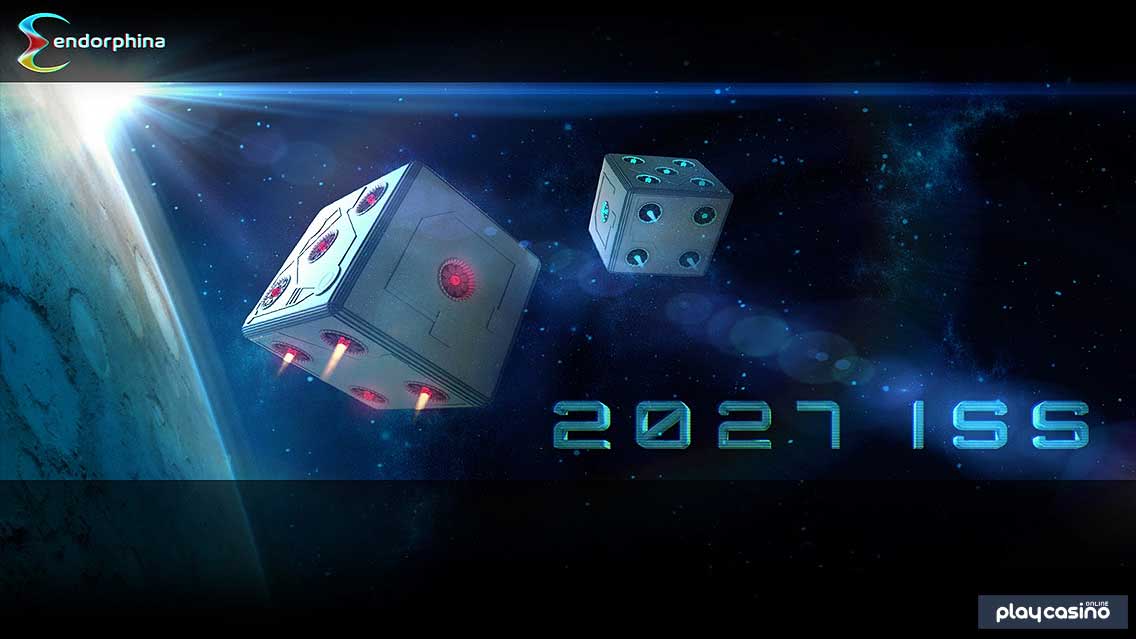 You’ll always want to keep all nine paylines on to keep the RTP up, but you can wager for as little as $0.09 per spin, so you don’t really have any reason to want to play with fewer paylines to create a smaller bet size anyway. You can wager up to 10 coins on each line with coin sizes that range from $0.01 to $1, so the maximum bet per turn with 10 coins on each payline and $1 coins is $90 per spin. That will satisfy everyone from high rollers to penny players in terms of the available bet sizes. 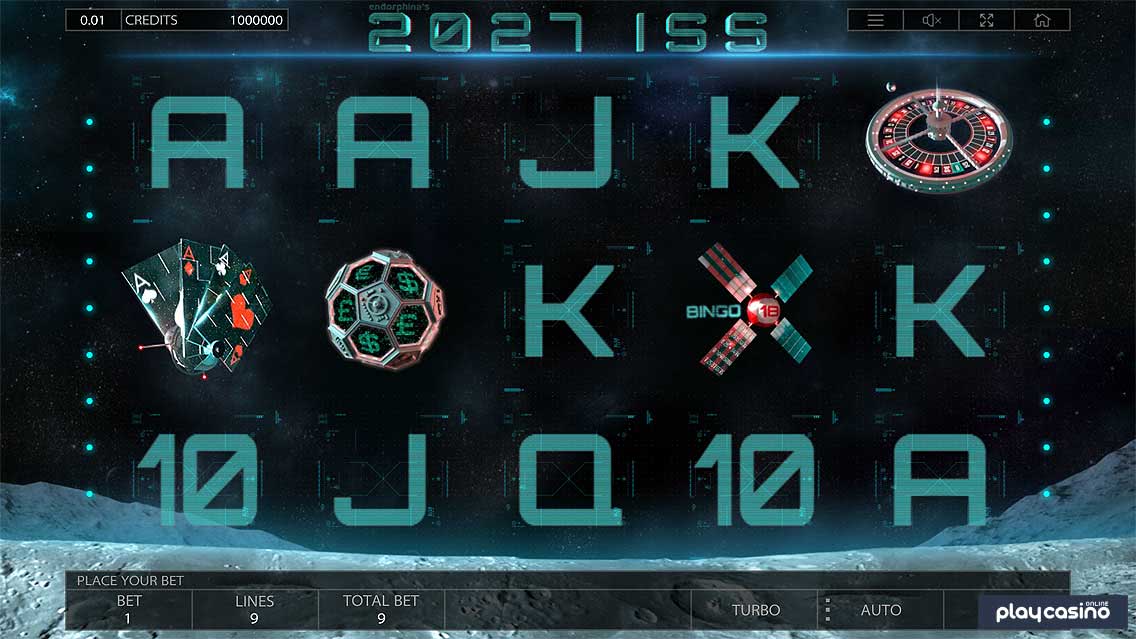 One of the key symbols in this game is the ISS symbol, and it literally just spells out “ISS” on it inside of a transparent blue circle. This is a true scatter symbol, and that means it’s not confined to the paylines when it comes to giving you prizes. Five of a kind of this scatter is responsible for the second-highest payout on the whole pay table for the regular game, and that’s worth 4,500x. You can pick up 180x for four of a kind or 45x for three of a kind as well. Even just two of a kind pays 18x of this symbol, and since they don’t have to show up on particular reels or spots on the grid, that makes it particularly easy to get scatter pays. 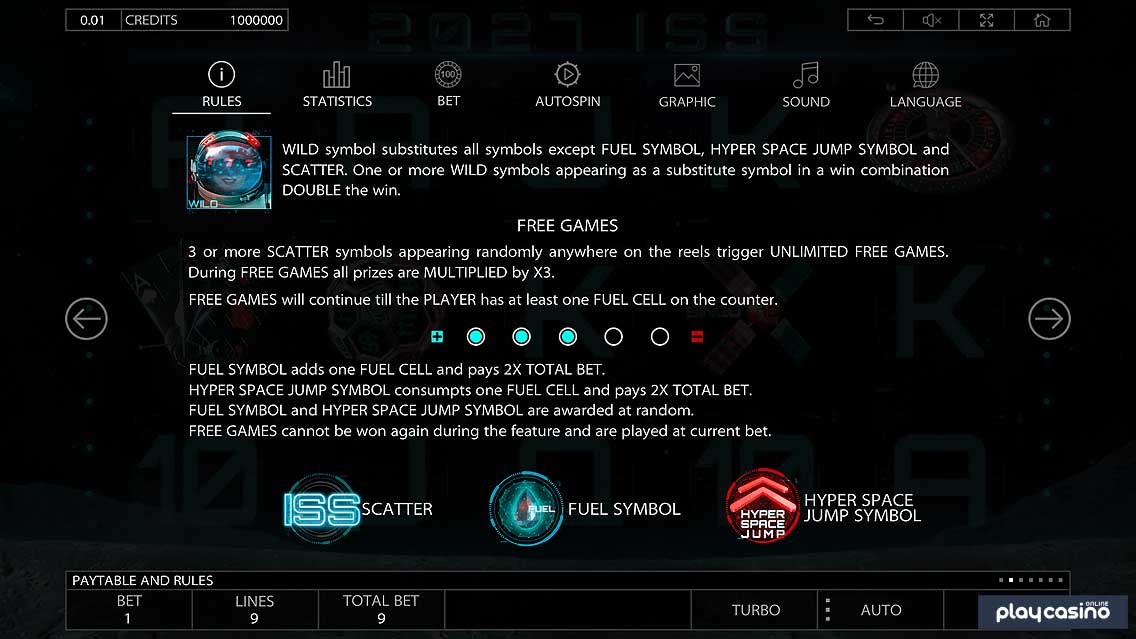 There’s another symbol that stands out from the rest both in terms of how it looks and in terms of the value it gives to players in the 2027 ISS video slot. This is the astronaut with a reflection of 777 in her helmet, and this is the wild in this game. While it subsitutes for every single one of the non-scatter symbols, it also gives you a 2x multiplier on any payout that includes at least one of it, which is obviously an important source of value in a game like this.

Five of a kind of this wild pays the game’s top jackpot of 9,000x. You can also earn a strong win that’s the third-largest prize available of 2,500x for four of a kind. Three of this wild on a payline gets you 250x, and just two of a kind pays 10x. You can see that this is stronger than some of the three-of-a-kind pays, so if you had two wilds and a Q, for example, which would normally make three queens for 5x, you’ll get paid 10x for two wilds instead.

Overall, you get paid the largest available win on each payline in addition to scatter pays, no matter how the symbols fall.

Three of more of the scatters anywhere on the game board of the 2027 ISS online slot gives you a free spins bonus round. This mode is a bit different than what’s available in other slots. You’ll start off by noticing that there is a fuel cell counter that goes up to five spots, and you’ll start with a certain amount of fuel. It’s critical to note that each spin does not take away one spot on the fuel gauge, which is a common misconception about this game. 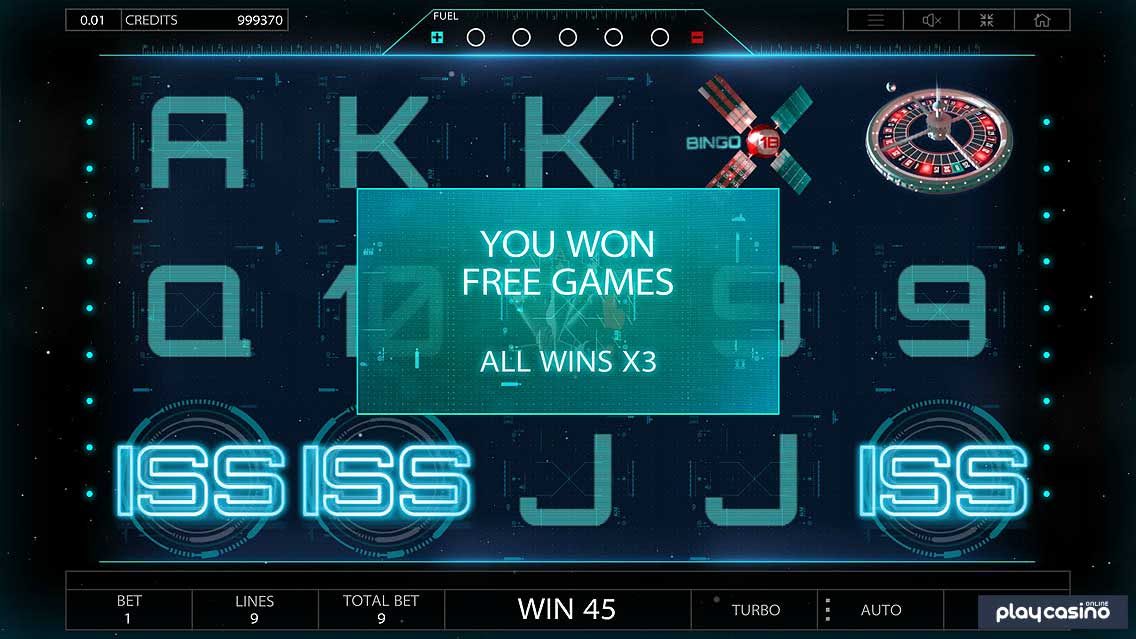 So there are two symbols you really need to pay attention to in this feature. The first is the fuel symbol that’s blue and looks like a drop of water, and it will give you a 2x total bet payout each time it appears. It also adds one to your fuel gauge as long as it’s not already topped off. The second symbol to note is the hyper space jump symbol that’s red with two arrows pointing up. It also gives a 2x win multiplied by your total wager when it appears, but it also subtracts one from your fuel gauge. You’ll continue to get free turns while you have at least one unit of fuel left on the gauge. 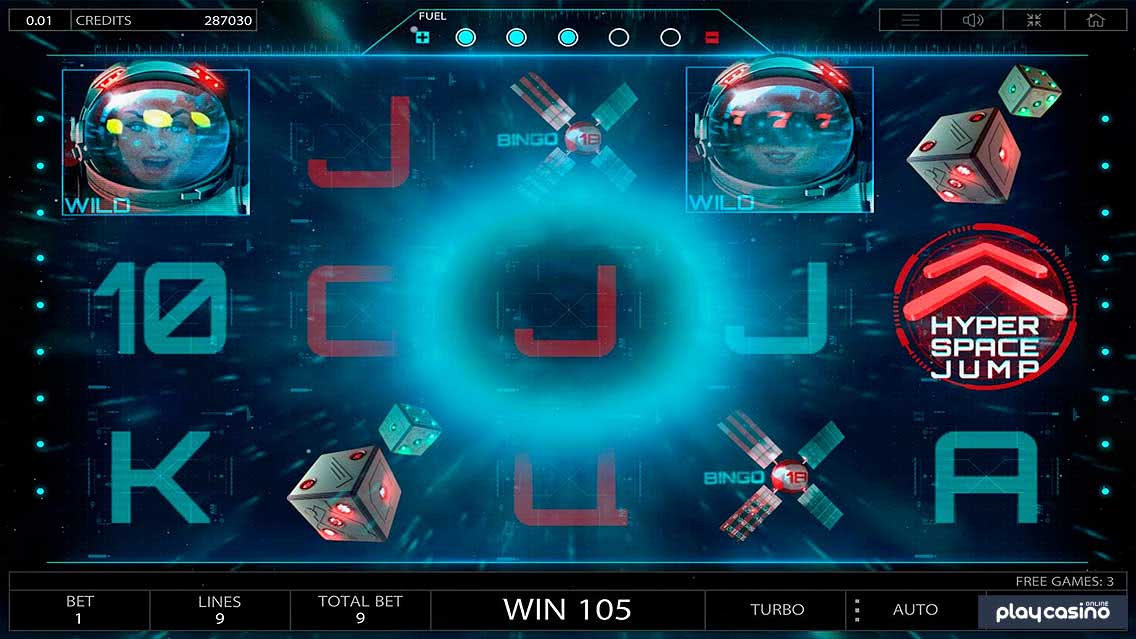 While this dynamic gives you a random number of free spins that is not limited, most players report getting somewhere between 15 and 50 free spins total. In addition to that, you’ll have all of your payouts, even the scatter wins, multiplied by a factor of three. This combines with the wild multiplier for a total potential multiplier of 6x.

There are two top-level symbols that pay out the same, and they are the roulette wheel space station and the symbol showing the different types of currencies. Each of these will give you a 750x win (1,500x with a wild) for five of a kind on an activated payline. These symbols also pay for two of a kind and up. The dice symbols pay 400x, and the four aces or the bingo satellite will pay out 250x for five. 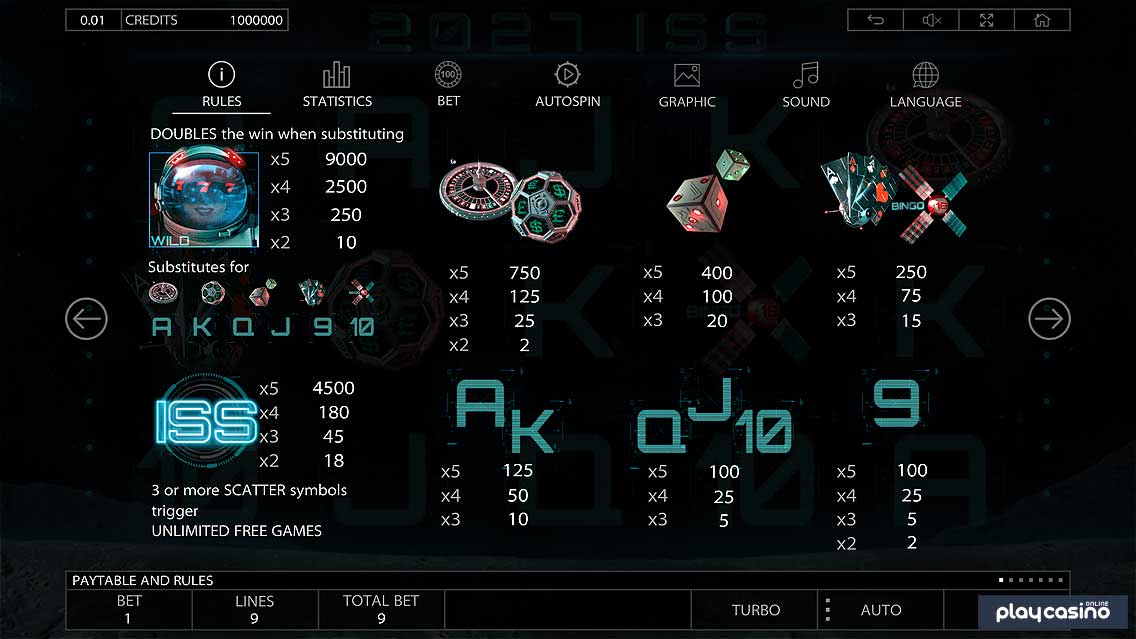 The main thing to understand about the 2027 ISS online slot is that it’s designed to have a higher volatility than most of the titles in their portfolio. Endorphina usually puts out games with a low to medium overall volatility, but the pay schedule has been stacked differently in this particular title, so just make sure you’re aware of that before you start to play. Aside from that, it’s an excellent game with a very strong visual appeal and a strong style of gameplay.