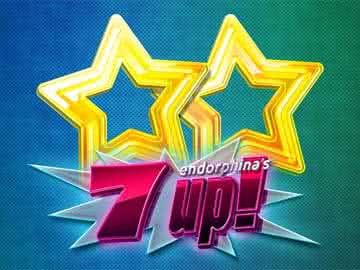 The 7up! slot by Endorphina is centered around a throwback, classic slot style of play, and it offers players a chance to experience three reels and three rows with five paylines. The action is smooth with few swings, and there’s a solid bonus feature with some pretty big prizes.

Something Endorphina gets a lot of credit for is having lots of different styles of games within a variety of formats. That also includes classic slots, and that’s where titles like the 7up! slot come into play. While it’s true that this game shares its name with a popular soda in certain parts of the world, this title isn’t related to that drink at all. Instead, this game uses a throwback theme with an older style of play that centers around fruit machines. It also has a pretty strong bonus feature, and that’s helped with its overall popularity, but a major selling point for this game is its particularly low-swing gameplay that makes it extremely relaxing and fun to enjoy.

Play 7up! Slot for Free

Format and Layout of the 7up! Slot

As a classic slot, this game pretty much has the format that most experienced players would expect. There are three reels and three rows for the typical three-by-three grid. All of the paylines go from left to right only, but it doesn’t really matter that much considering that all of the wins require three of a kind for a payout. You also do not have an option to change the number of lines that you’re playing on, so you’ll always have to play on all five. 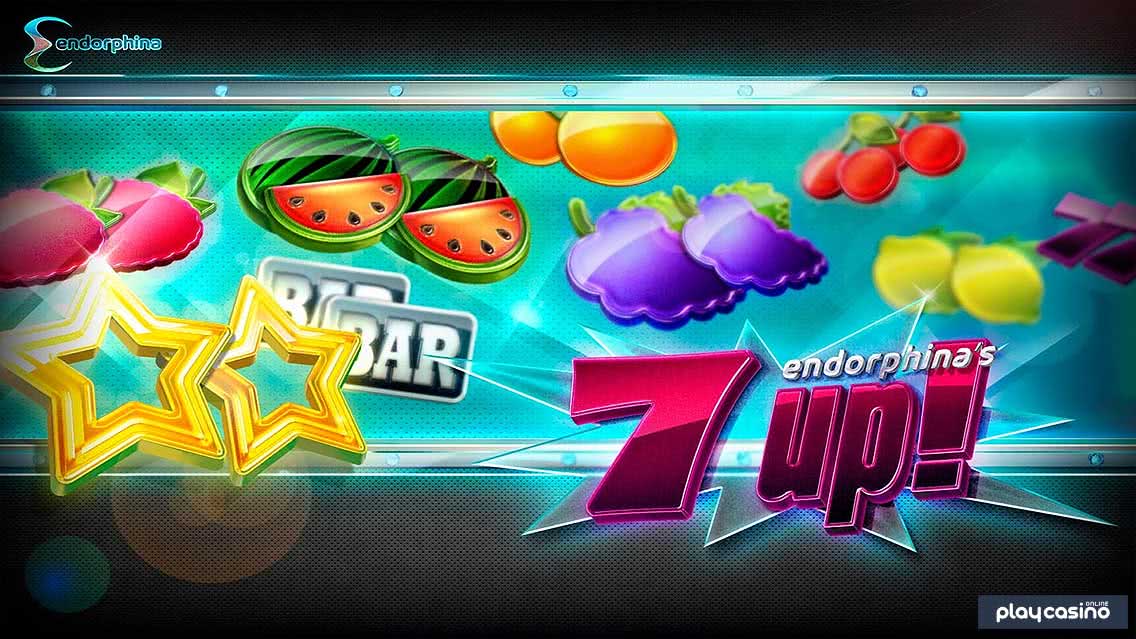 That shouldn’t bother any players at all because the only reason you would want to adjust the payline number is to adjust the total size of your bet, and the minimum bet size in thi s game is plenty small at the $0.05 level. That’s about as low as you can get in a game with multiple paylines. You can multiply the number of coins per payline by as much as 10x to change up your betting level, and you can also pick from coins that go up to the $1 level as well for a maximum bet size of $0.50. With a betting range of $0.05 to $50, this is one of the games out there that really has wagers available that will suit players at virtually every bet size. 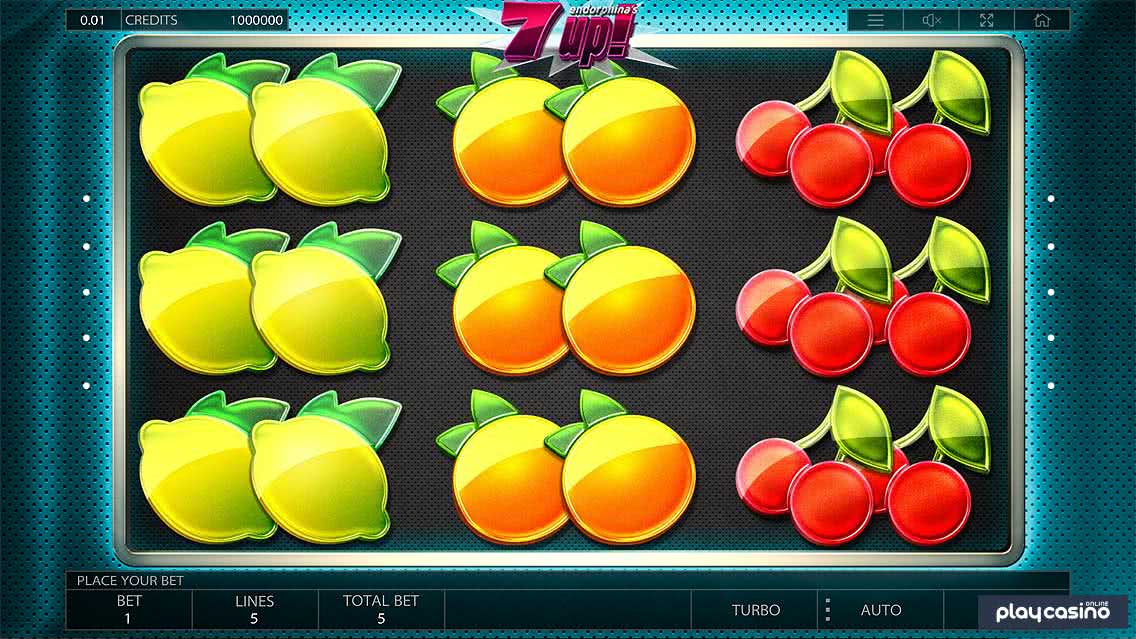 One of the main things that drives the gameplay for the 7up! classic slot is that it uses stacked symbols for every symbol on every reel. What this means is that you’ll have more opportunities to get multi-line wins on the same spin even though there are only five paylines. This is a key part of the gameplay for a few different reasons, including the fact that it’s central to triggering the game’s main feature, but it’s also important because of how it affects the volatility and makes it easier to keep the swings from getting big.

The 7up! bonus feature is the main feature in this game, and it’s the only bonus round that you can get. Unlike many other games where you’ll need to line up scatters or special bonus symbols, the 7up! online slot’s main bonus round can be triggered with literally any symbol in the game. All you have to do is get full stacks of the same symbol on all three reels, and after you are paid out your winnings (five times the value of one of those three-of-a-kind combinations since you’ll have them lined up on all five paylines), you’ll be taken to a second screen feature. 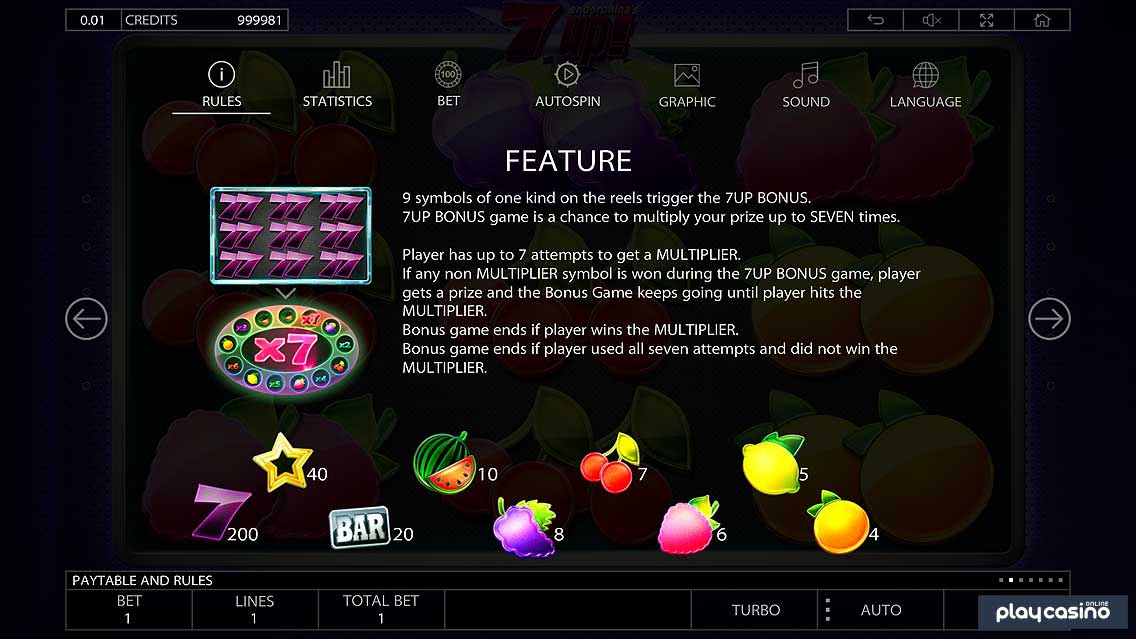 This feature is centered around a special wheel that has fruit symbols and a variety of multipliers on it at random. One of the items on the wheel will be selected at random, and you have seven attempts to pick up one of the multipliers on the list. If you’re able to pick up a multiplier in that time, then it will apply to your total win from the spin that activated the feature, and since that multiplier can be as high as 7x, it’s pretty clear that some pretty serious wins can be had here. 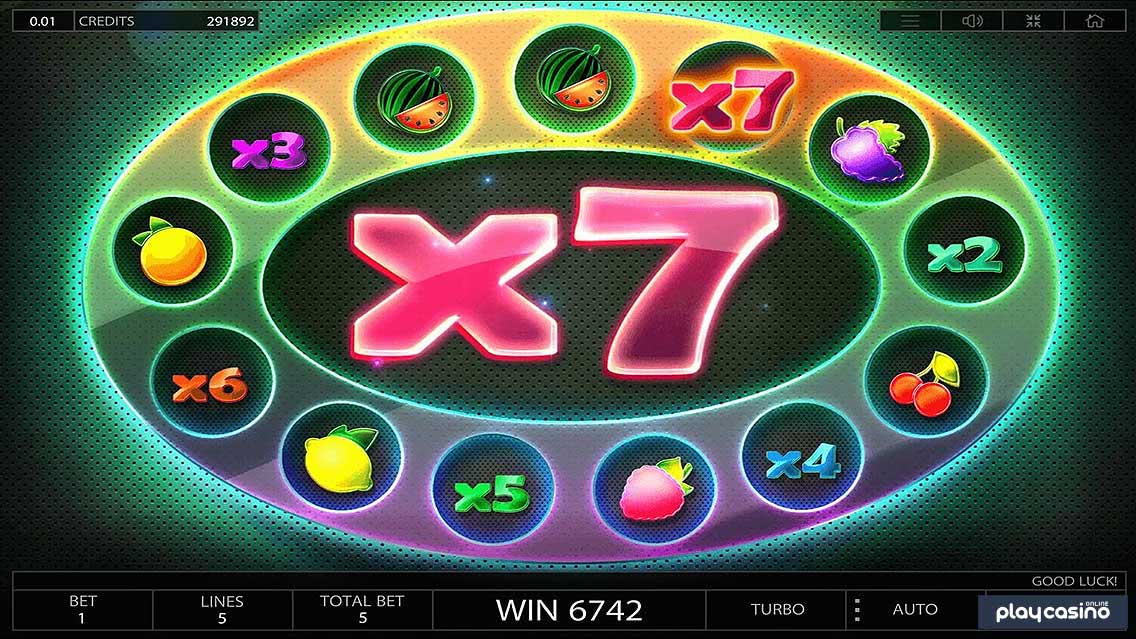 Instant Wins in the Bonus Feature

Aside from getting a chance to add a multiplier to your triggering spin, you’ll also get instant payouts each time you miss a multiplier. The payout depends on the symbol that you land on, and the pay table for this is different than the pay table for the regular game. An orange or a lemon gets you 20x or 25x, respectively. You can also pick up 30x for a raspberry or 35x for the cherries. It becomes 40x for the grapes, and the water melon gives you an instant win of 50x.

The BAR symbol is where things start heating up since it awards you 100x, and you can earn 200x for the star. The lucky seven gives you a strong payout of 1,000x in this feature. This last payout in the instant win portion of the feature is actually the largest individual prize in the 7up! online slot outside of what the multipliers can offer.

It’s important to note that all of these symbols come in pairs, but they only count as one symbol for the purposes of the payouts. We think Endorphina did this to make the game look better. 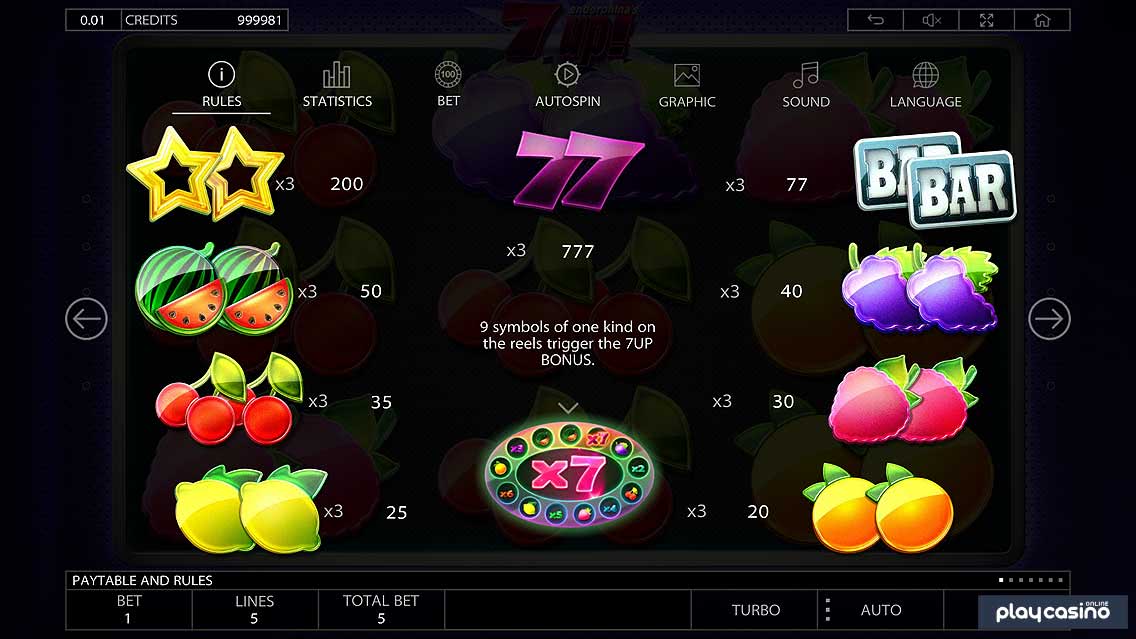 Classic slots have a weird place in today’s online slots industry, but Endorphina has historically not been afraid to release three-reel games in spite of that. The bottom line is that you’ll have plenty of ways to win in this game, but because so many of the prizes are designed around a gameplay style that has a low volatility, many of them are not particularly large. With that having been said, you have to realize that even the lowest 20x win is still four times your total bet size, and that’s like a 200x win in a game with 50 paylines in terms of scale. Overall, the 7up! classic slot is balanced enough while still offering strong opportunities for big payouts with the bonus feature.