At the Copa Slot Review 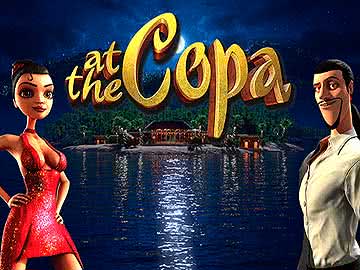 The feature-rich At the Copa video slot by BetSoft offers 30 paylines of hot dancing action. There’s an interplay of a woman picking from two men with excellent 3D graphics along with free spins, progressive jackpots and tons of other features.

As far as romance-based themes go, there are plenty of games in the online slots world that have different types of approaches to this concept. The At the Copa online slot, however, does things a bit differently than any other title we’ve seen before by focusing on a dance club theme that has these men trying to compete with their dance moves. The 3D graphics of this game stand out as a part of their Slots3 line, and when you combine it with the plethora of bonus features and progressive jackpots that are available with the maximum bet, then you’ll see how the entire experience comes together in a cohesive and exciting way.

Play At the Copa Slot for Free

Format and Layout of the At the Copa Slot

This is a game that uses the 30-payline format that you see in a lot of BetSoft titles. This means the usual grid of five vertical reels with three horizontal rows, but it also means that you’ll have two main options for adjusting your bet size. Between one and five coins can be wagered on each line for a total bet of 30 to 150 coins per turn, and you can also wager with coin sizes that go from $0.01 on the lower end to $1 on the upper end. As a result, the betting range is $0.30 to $150 per spin, which is plenty wide enough for the vast majority of players. 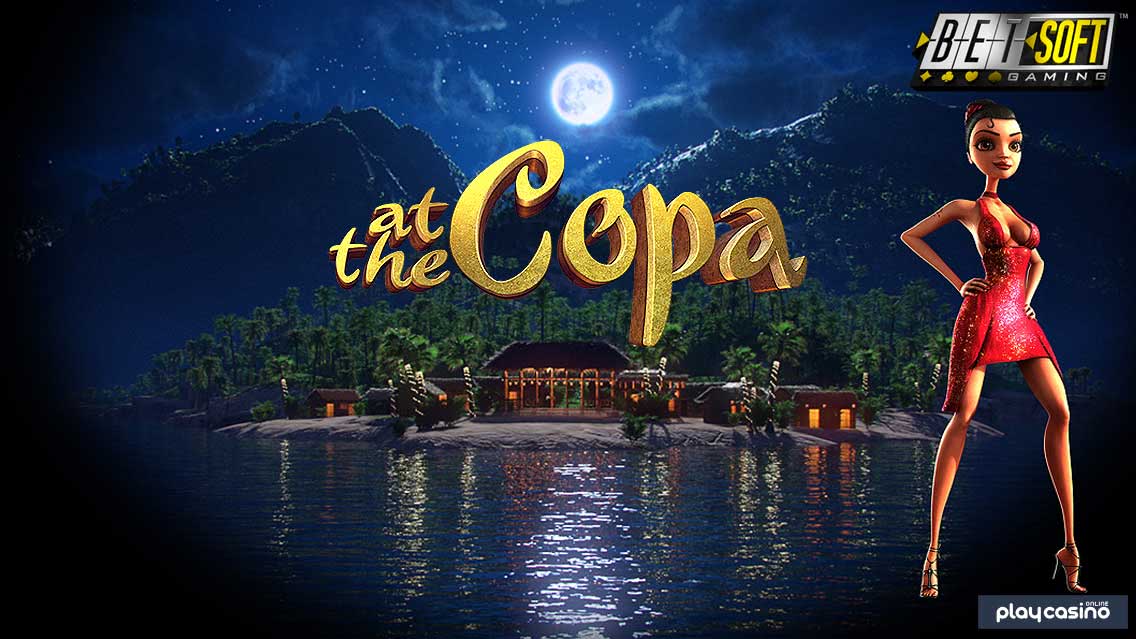 We do want to point out something with the betting controls that players really need to know, however. If you select fewer than the maximum of 30 paylines, then you’ll put yourself in a position where you won’t be getting the best possible payouts. The reason for this is that it lowers the return to player percentage, which means you’ll have worse chances of winning relative to your bet size. This is why it’s better to make sure that all 30 lines are always activated on every single spin. 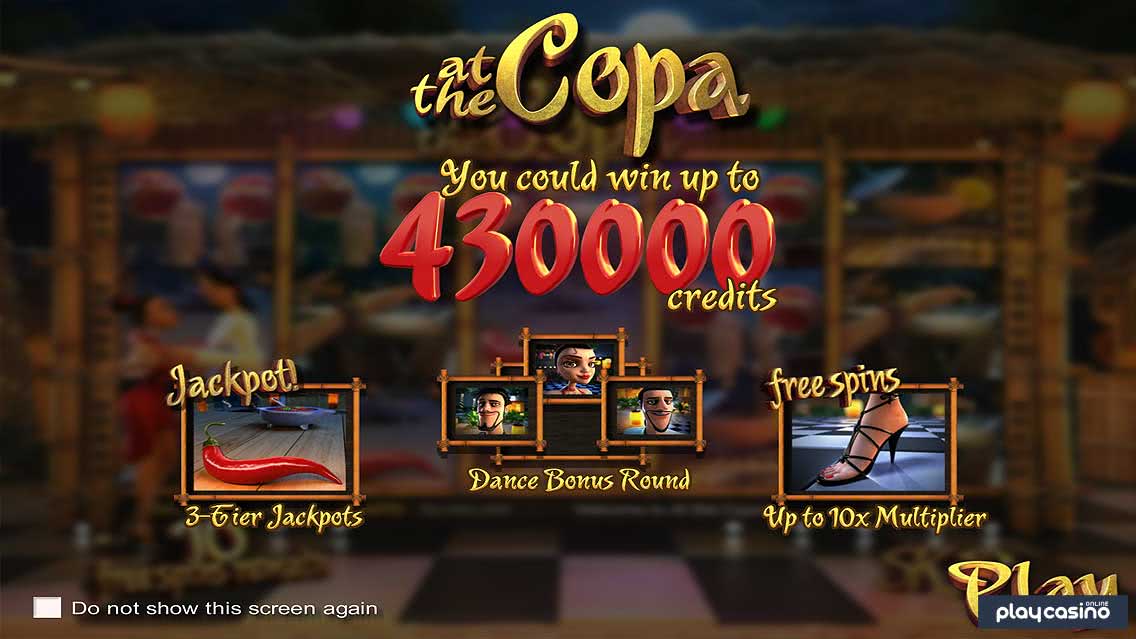 You actually play the At the Copa online slot from more or less the perspective of the woman in the red dress. This means you’ll have multiple opportunities to pick between the two men for a dancing partner, and the free spins mode is one of those. The woman’s shoe symbol appears on the first, third and fifth reels, and all of them on the reels at the same time means you get a set of free spins. 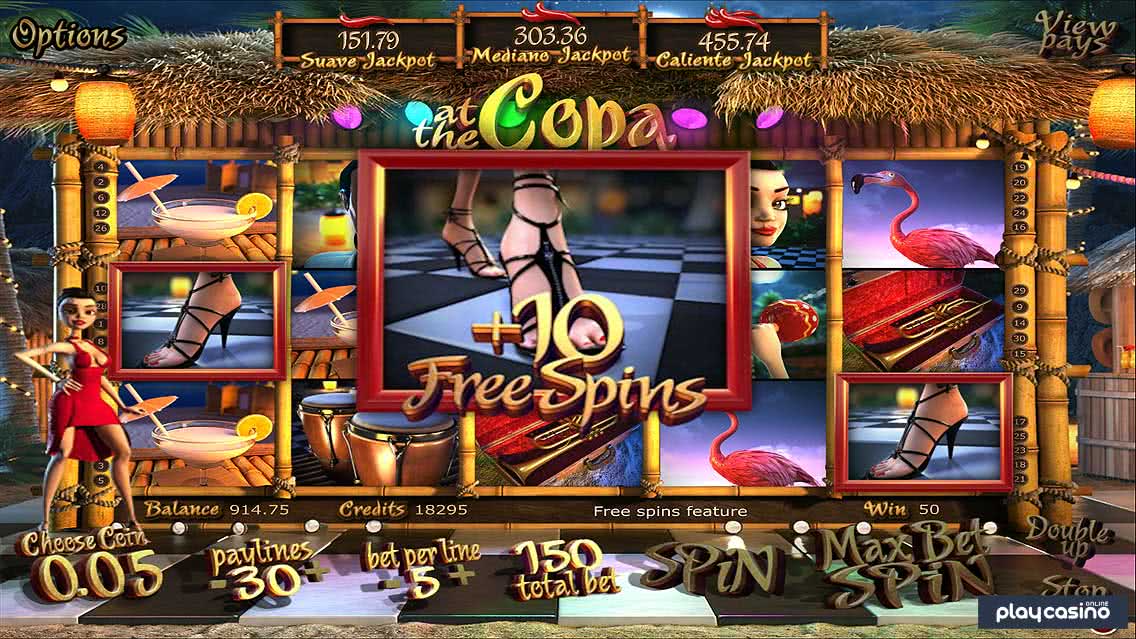 During the free spins, you’ll get a random multiplier on all of your wins ranging from 2x to 10x. However, you’ll also choose one of the two men to be your dancing partner, and they become a wild symbol during the free spins feature to make it easier to get winning combinations. 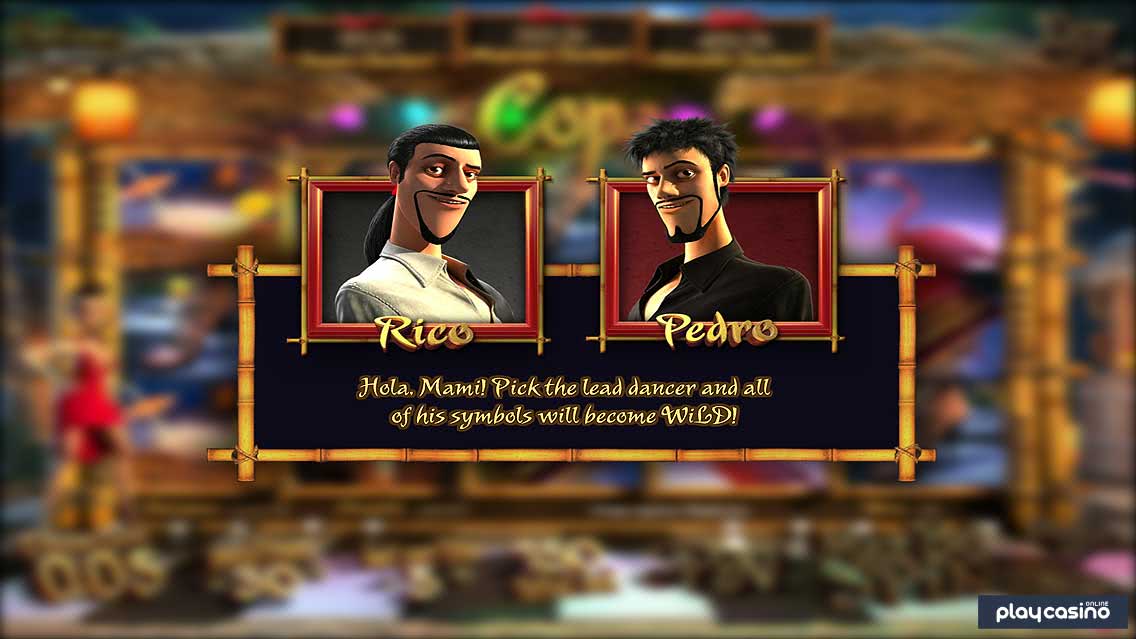 The ocean is a wild symbol during all gameplay, but it’s also responsible for an important feature in the At the Copa video slot. If it lands in the middle position of the third reel, then it’ll expand to cover the entire reel (though it will not cancel out any bonus or scatter symbols). You’ll get a free re-spin with the wild reel held sticky, and the multiplier increases to 2x. For every consecutive win you get with this feature, the multiplier increases by a factor of one (up to a maximum of 5x), and you’ll get an additional free re-spin with the third reel held wild. This continues until you get a re-spin without a winning combination of some sort. 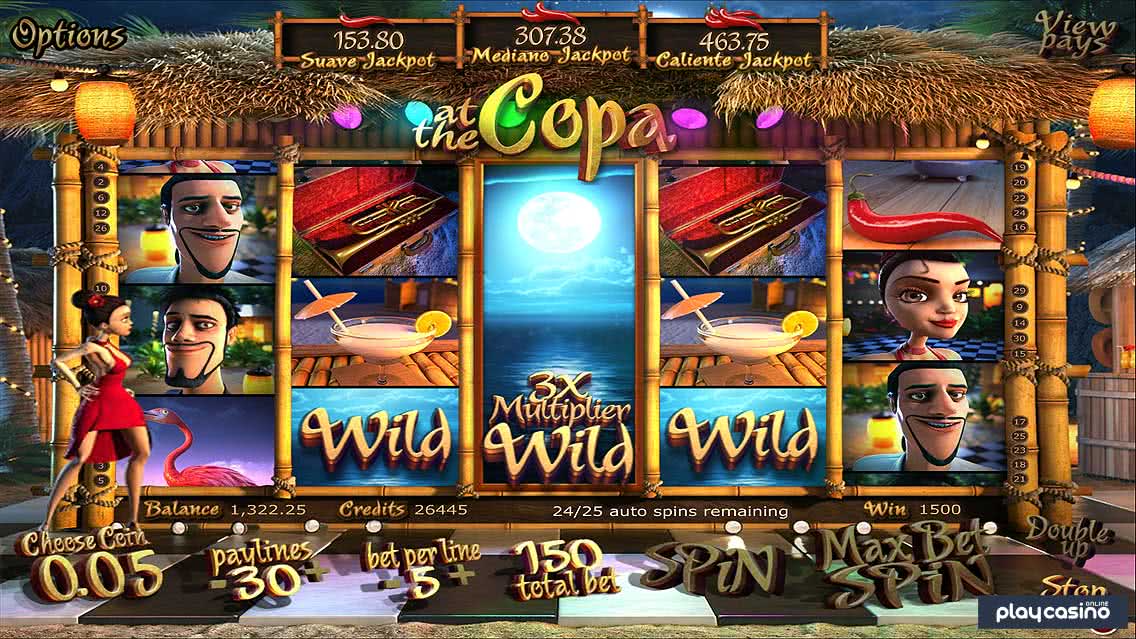 If you’re playing with the maximum wager, then you’ll gain access to a set of progressive jackpots. These are the largest prizes available in the At the Copa online slot, and all three of them are won with five of a kind of the chili pepper symbol. If you get them on the first payline, you get the Caliente Jackpot, which is the largest. However, if you get them lined up on the second or third paylines, then you’re paid the Mediano jackpot instead, which is the middle one of the three. Any of the other paylines will award you the Suave Jackpot, which is the smallest of the bunch but still a pretty solid payout.

It’s important to note that these prizes aren’t available if you don’t have the maximum wager applied (five coins per line), and you can’t win the jackpots in any of the bonus features. It has to come from a regular paid spin. 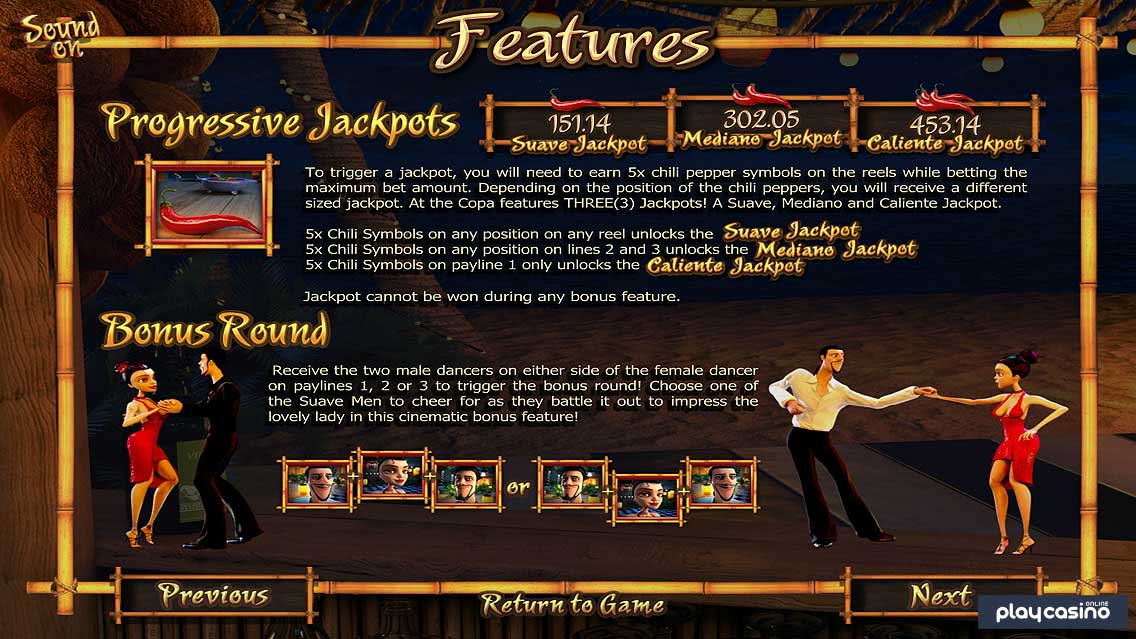 The final bonus round for this game that we’re going to look at here is about dancing, which makes sense considering that’s what the entire slot is about. On the first, second or third payline, if you get the woman in the red dress between the two different male dancers, then you’ll trigger this feature.

The two men will have a dance-off to determine which one will dance with the woman in the red. You get to pick one to cheer for, and you’ll get an extra prize if you pick correctly. Even if you do not pick correctly, you’ll still be awarded a payout in this game mode, so you’re getting paid either way. We really like how this feature brings together all of the aspects of the slot in a cohesive way that makes a lot of sense. 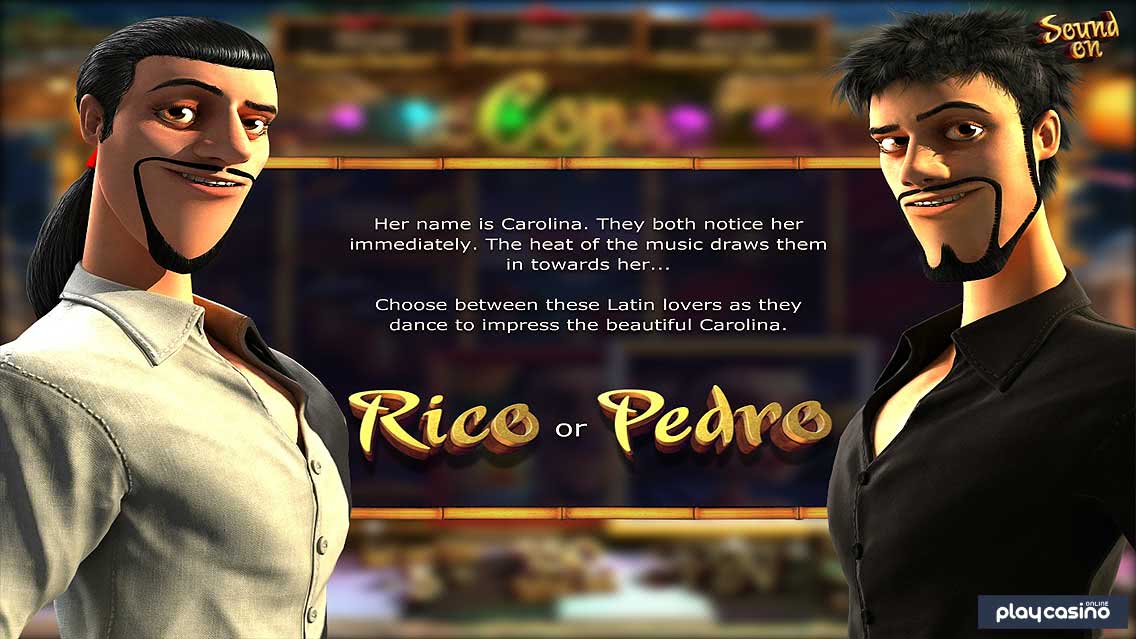 The top payouts in this game are for the three characters. There’s a woman in a red dress, a man in a white shirt and a man in the black shirt. You’ll notice that the men actually look almost exactly alike outside of how the facial hair looks on their chins, and we think that’s pretty funny since they’re virtually twins.

The woman has the highest-paying win when you pick up 500x for five of her on an activated payline. However, the prizes for each of the men are the same. Five of either of these dancing guys will get you a prize of 300x. 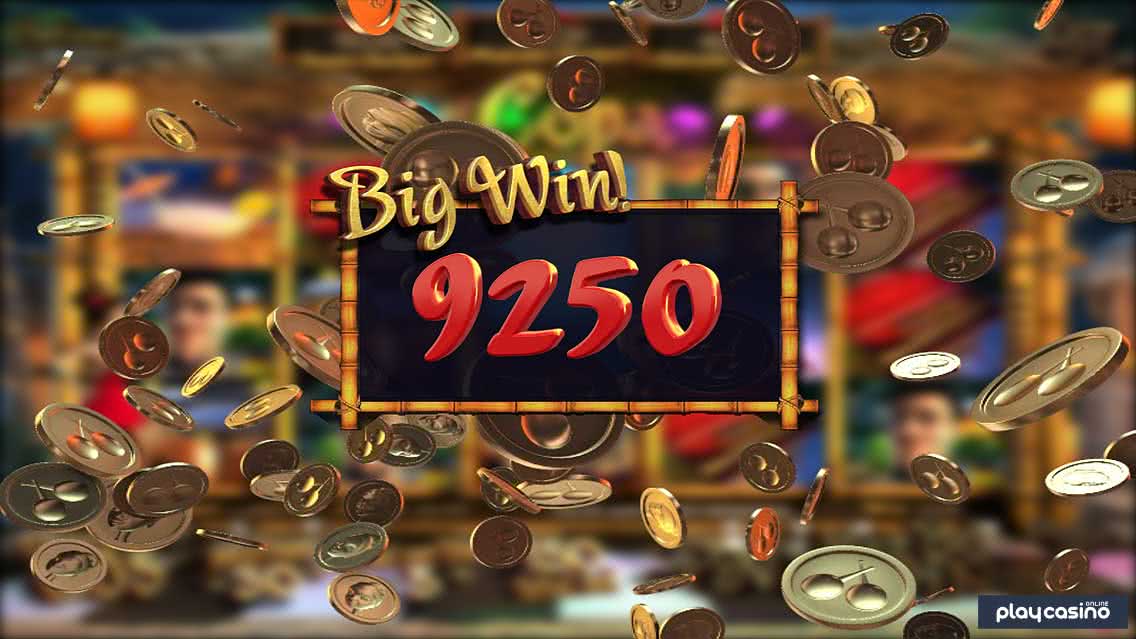 Other Wins and Prizes

Five other symbols make their way to the reels that give you solid payouts. The flamingo is worth 100x for five, and you can also pick up 50x for five of a kind of the drums on a payline. The final three symbols all have the same payouts, and they are the maracas, the trumpet in its case or the drink with a slice of orange. Any of these three get you 25x when you get a five of a kind combination. 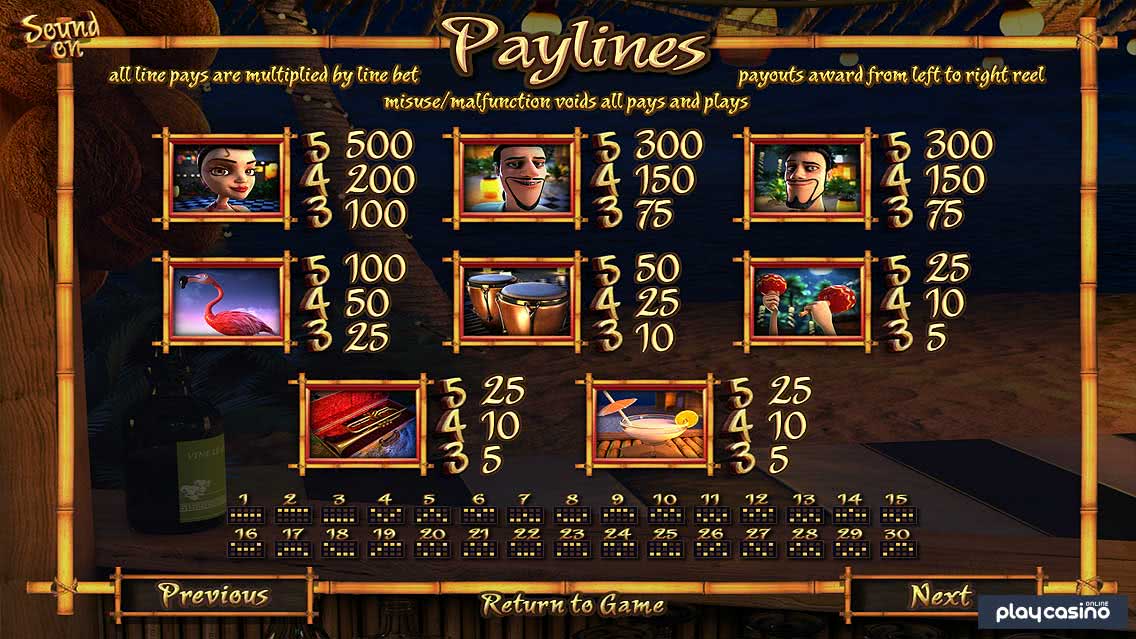 The combination of the dancing motif and romantic themes in the At the Copa video slot have made it one of the most long-lasting titles from BetSoft’s portfolio. Its medium volatility and overall play style also appeal to a wide audience, which has kept it popular ever since it was released.