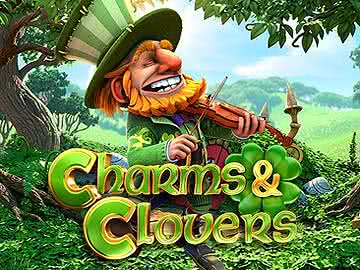 The Charms and Clovers online slot is a game produced by BetSoft that uses a large format than usual with a special sixth reel that gives players opportunities for extra wins. The base layout is five reels with four rows and 40 paylines, and there are lots of features.

There are lots of different slots in the industry as a whole that use Irish motifs that surround luck. This especially includes the idea of a pot of gold at the end of a rainbow and leprchauns. The Charms and Clovers video slot by BetSoft is an entry into the subgenre of games that use this motif, and it’s a good, solid example of how to combine top-level graphics with high-volatility gameplay and a ton of features. Players will have lots of opportunities to win very impressive prizes in this game, but you’ll probably want to play with smaller bet sizes than your used to in order to balance out the swings.

Format and Layout of the Charms and Clovers Slot

You’ll notice right away that the format of this game is different than most. The main layout has five reels with four rows, but there’s a sixth reel that sits out from the rest to the right-hand side of the screen. On the main 5×4 grid, there are 40 paylines, and we’ll discuss how the extra reel works down below. This format offers tons of room for different features and winning combinations. 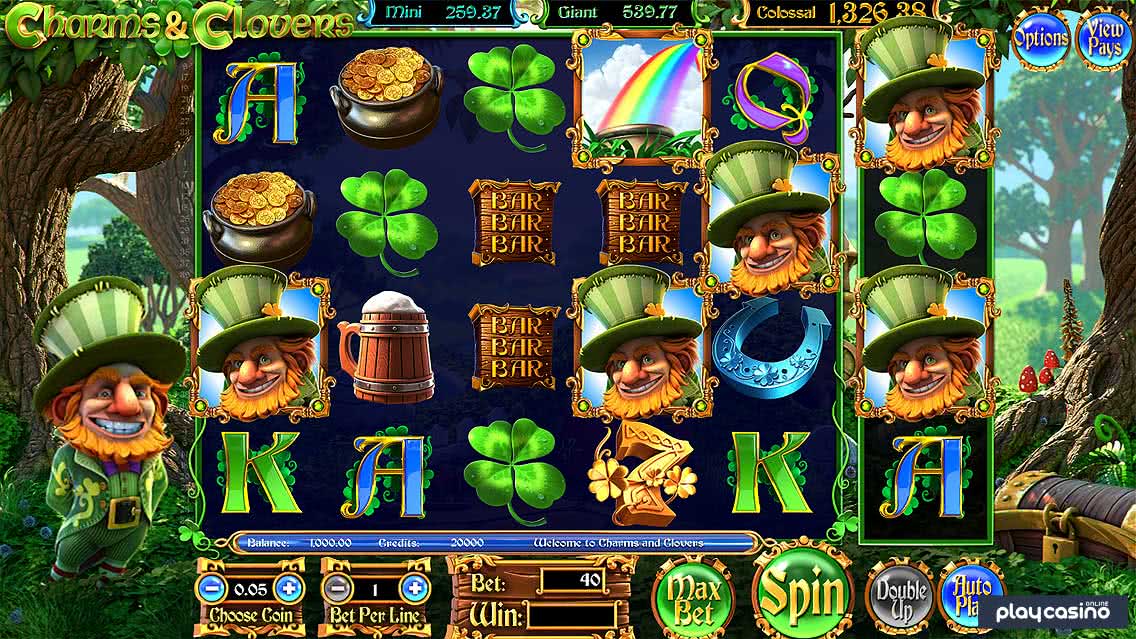 Betting is set up centered around those 40 reels, and unlike many other titles with an extended layout, there’s no extra charge involved with the sixth reel. Coins start at $0.01 and go up to $1 apiece, and you can wager up to five coins per payline for a maximum wager of 200 coins per spin. You can’t adjust the number of lines you’re betting on, so the betting range is $0.40 to $200 per turn. There’s no doubt that the lowest bet sizes are within the range of small stakes players, and the upper level bets are plenty high enough for high stakes fans as well. 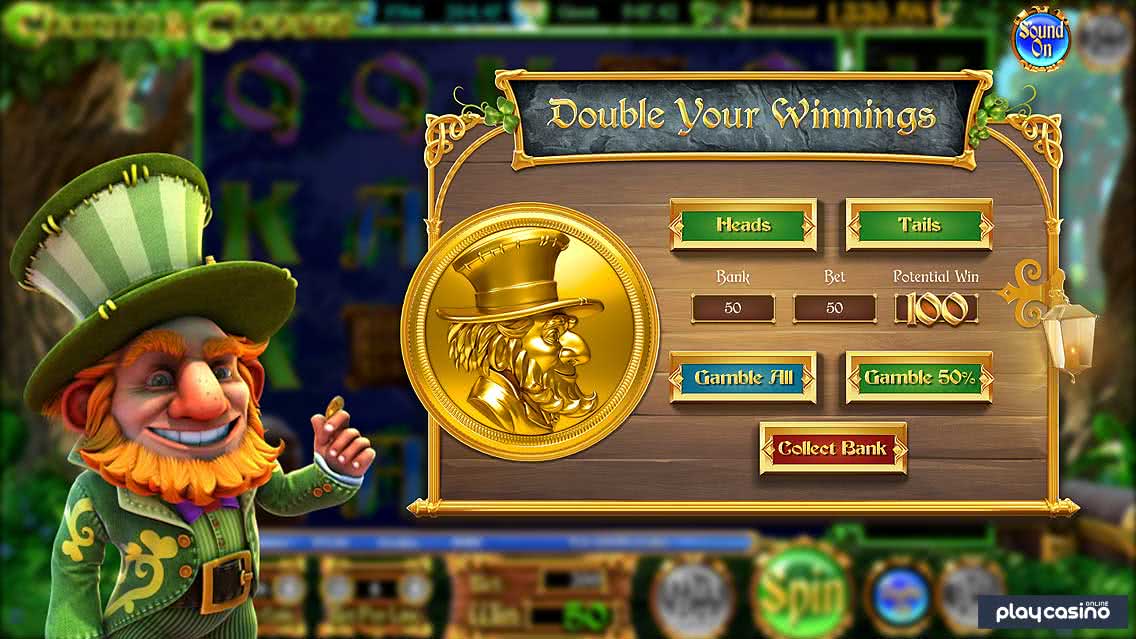 The sixth reel gives you ways to earn bonus features. There are four features that can be triggered, and we’ll look at each of them below. However, you’ll trigger one of these features by filling up the entire reel with the symbol for that feature. They can be for the money wheel, the meag symbol, the golden bonus or the pots of gold.

You can also get six-of-a-kind wins with this reel if you get five of a kind on the regular layout with a matching sixth reel symbol. This allows you to kick your wins up into a particularly high level. 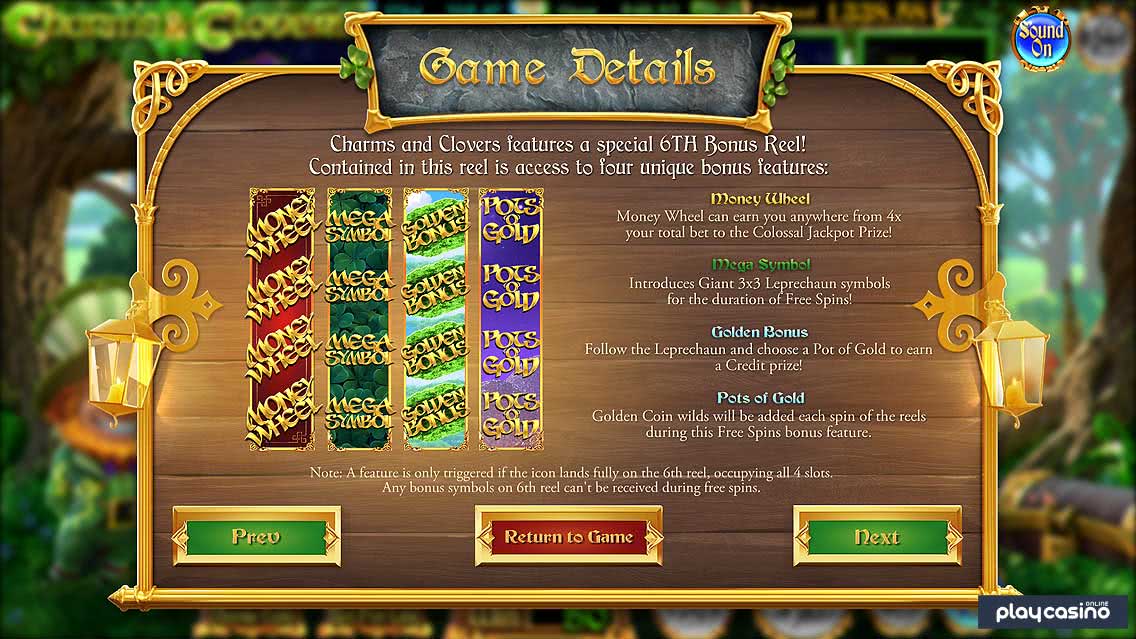 Wilds appear on all six reels, and they’re just golden rings with clovers in the middle and the word “WILD” spelled out across the center. Six of a kind pays out a tremendous 10,000x jackpot with this symbol. You can also earn 600x for five of a kind, 300x for four or 150x for just three of a kind of this wild. These payouts are given provided that a larger win is not available by substituting the wild for another symbol. The largest available win is always given on each payline. 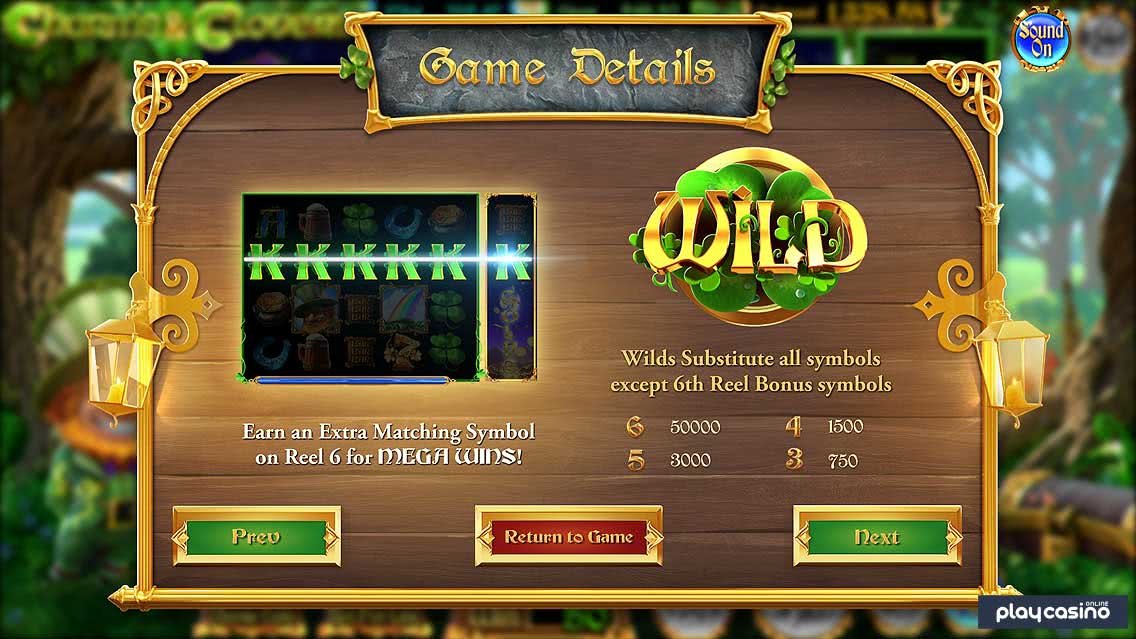 First up is the money wheel. This gives you a chance to win a payout worth a multiple of your bet up to 15x. If you hit the super wheel, then you’ll be able to win 100 times your bet or one of the three progressive jackpots. 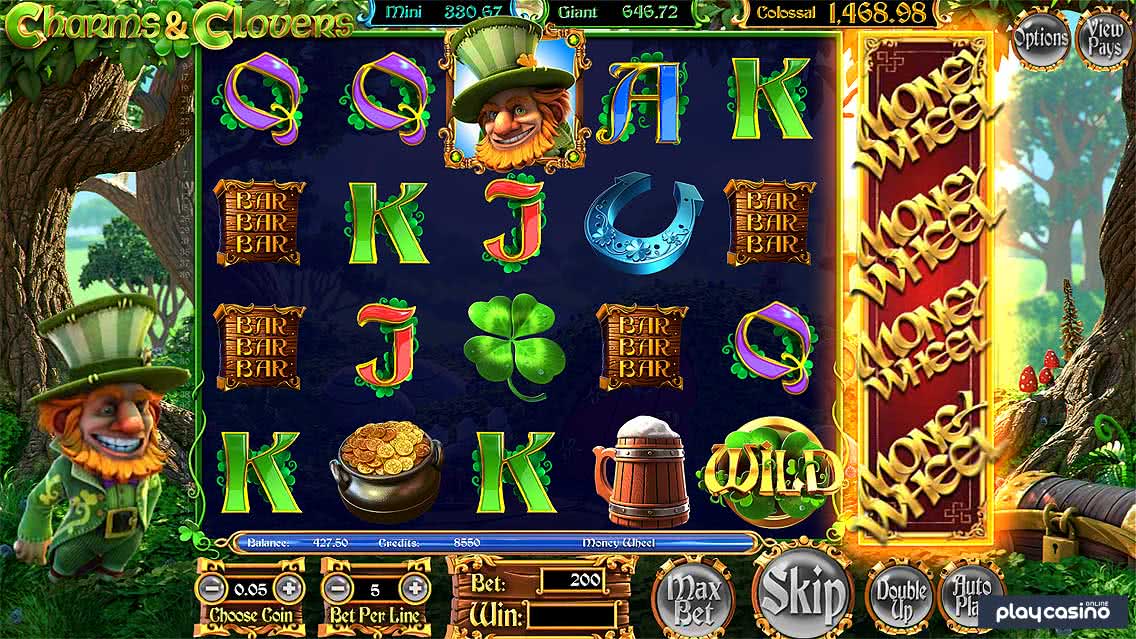 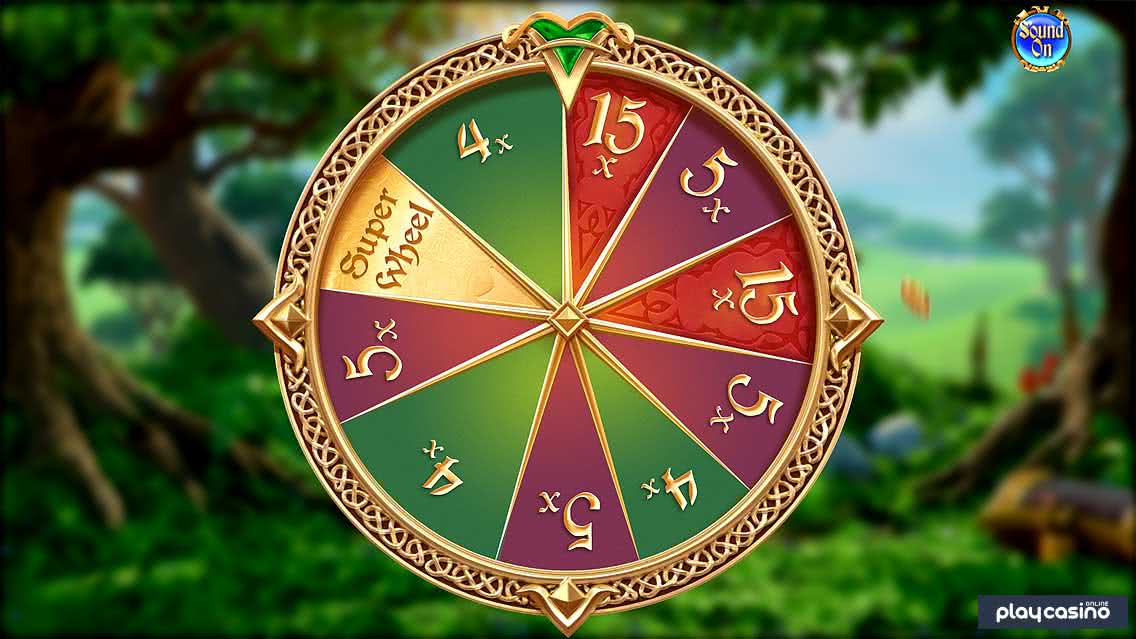 With the mega symbol, a big 3×3 leprechaun symbol is added to the reels during a set of eight free spins. These mega symbols make it much easier to hit sizable multi-line payouts. 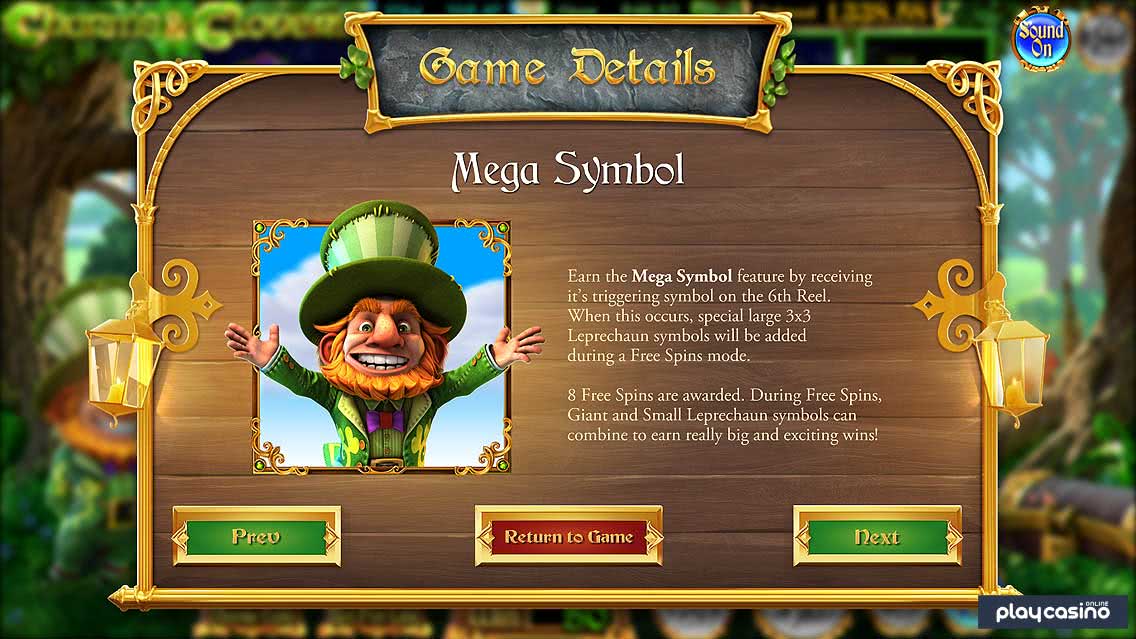 With the pots of gold feature, you’ll get eight free spins with random wilds added to the reels before the payouts are determined. You can get between one and three extra wilds added on with each spin. 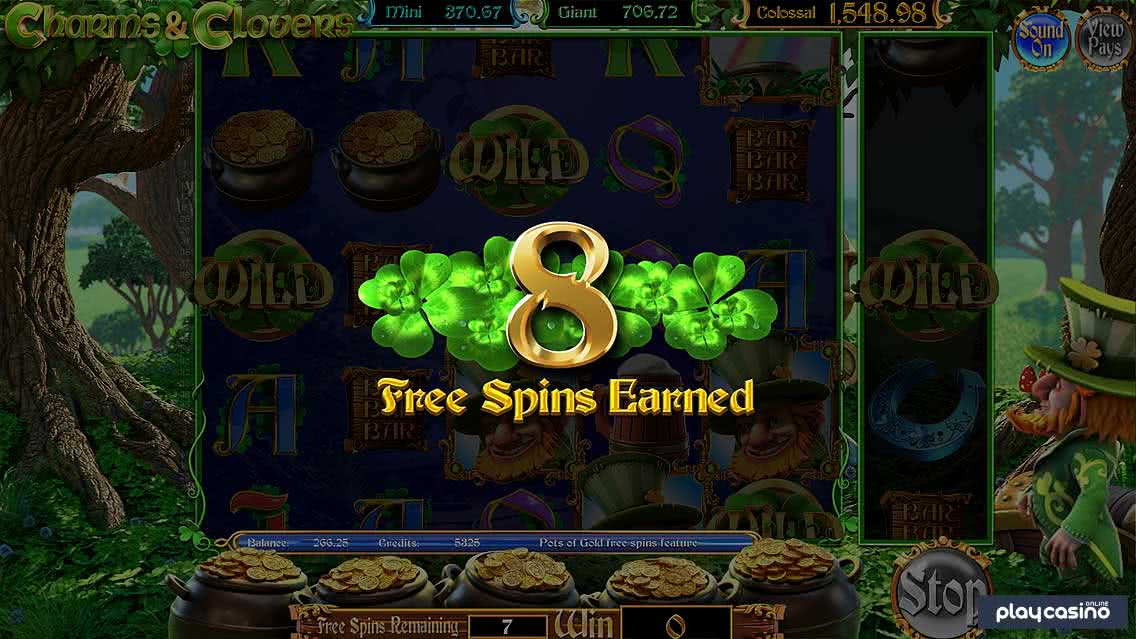 Finally, we have the golden bonus. You’re taken to a second screen in this feature, and you’ll pick from five different pots of gold to get an instant win. You can pick up as much as 20 times your overall bet with this feature. 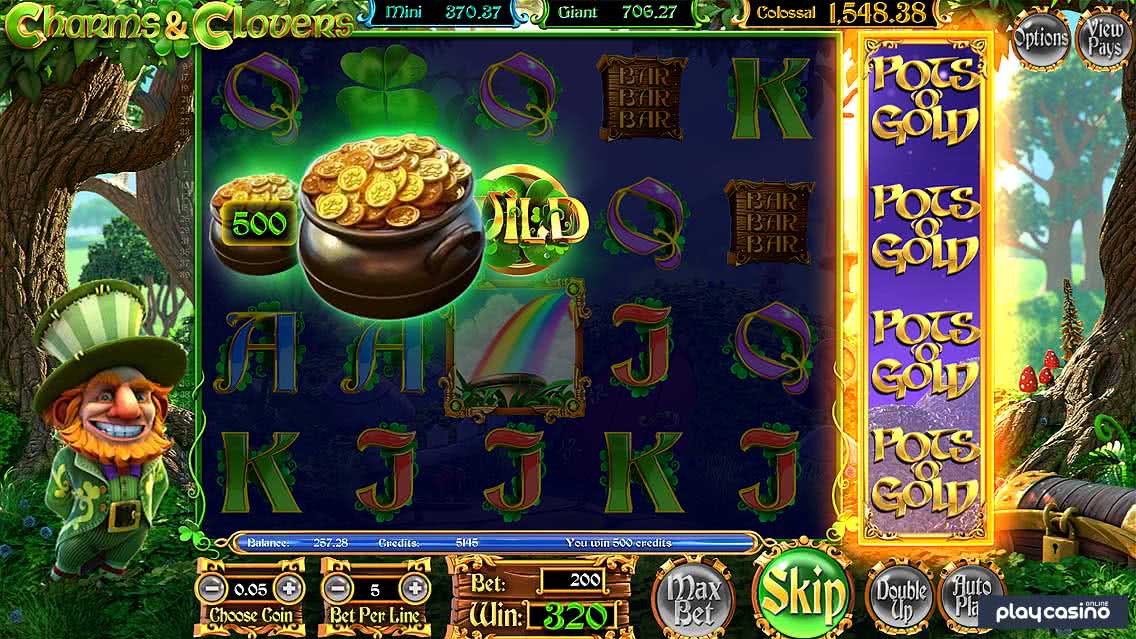 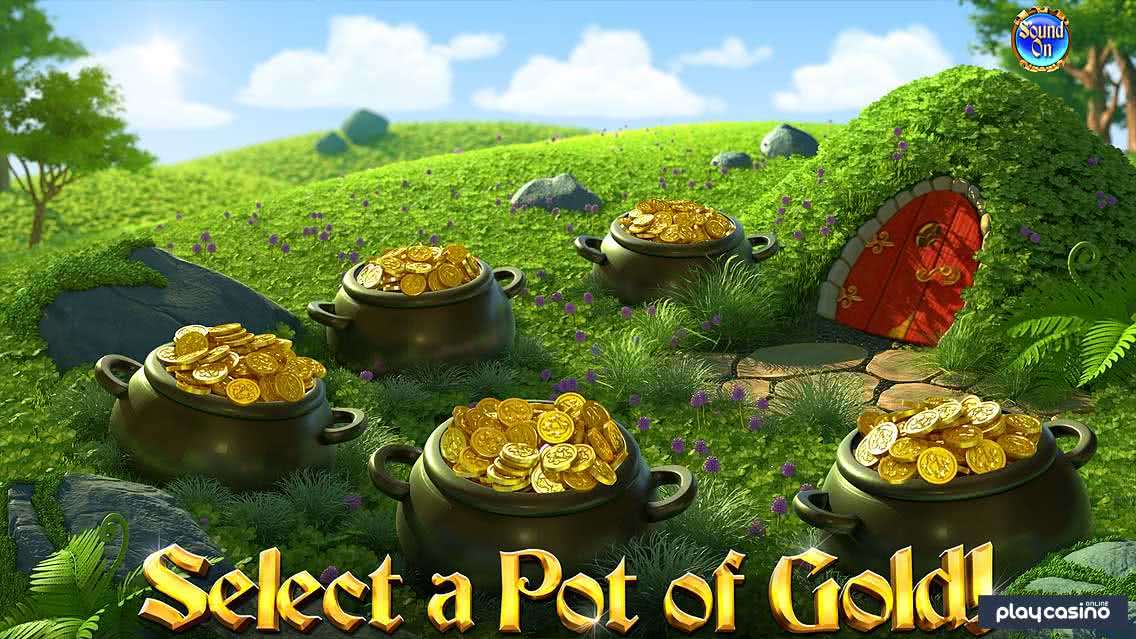 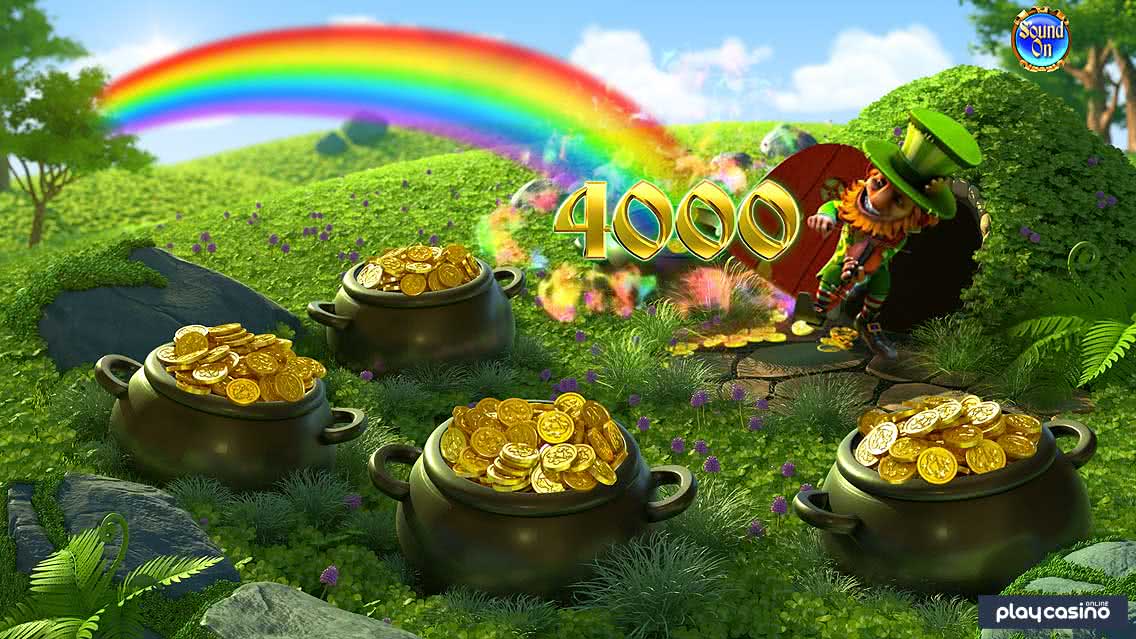 There are three symbols that make up the highest portion of the pay table of the Charms and Clovers video slot. The leprechaun pays the most of any symbol other than the wild, and he gives you 5,000x for six of a kind. You can also earn 2,000x for six of the rainbow leading to a pot of gold, and six of a kind of the golden lucky seven pays a solid 1,000x win as well. Plenty of other four-figure wins are available with these three symbols as well.

You can pick up some solid mid-sized payouts with four symbols in this game. A payout of 800x is yours for six of the four-leave clover. You can pick up a 600x payout for six of the pot of gold, and the lucky blue horseshoe gives you a 400x win as well. The mug of beer pays ou 300x, and as you can see, these wins are all pretty solid in the middle of the typical payout ranges. However, while they do limit the volatility a small amount, they don’t have that much of an overall impact.

The lowest-paying symbols in this game start with the bar symbol, which pays 200x for six of a kind. The blue A and green K pay 150x and 100x for six of either, respectively. You can also pick up 50x for six of the purple Q or red J symbols.

We don’t think that these last couple of wins are very good considering they’re paying just 50x for six-of-a-kind combinations, but the rest of the pay table is so stacked in the Charms and Clovers online slot that we don’t necessarily think that we should complain too much about it. 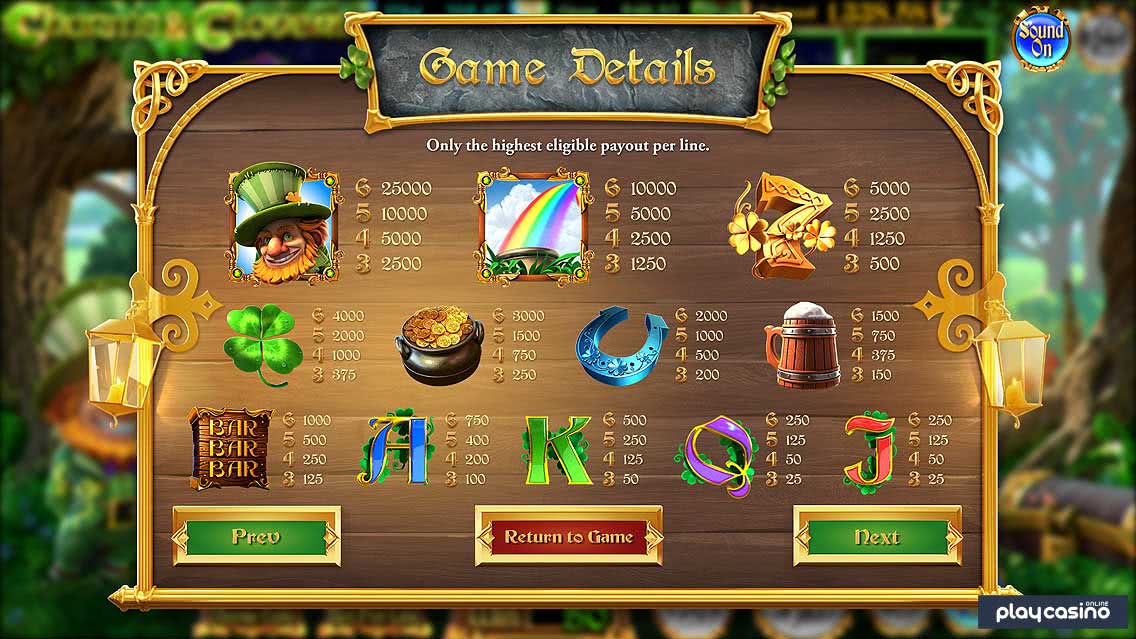 What you get with the Charms and Clovers video slot by BetSoft is a game that builds out a specific type of player experience. This experience is all about having a lot of big payouts that can be won, and this comes at the expense of the lower-level and mid-tier prizes. The feature set, the top static jackpots and the progressive jackpots all combine to give players opportunities to win big, but the trade-off is that the volatility is particularly high. To this end, we recommend that players use smaller bet sizes and longer session lengths than they normally would to even things out as much as possible.