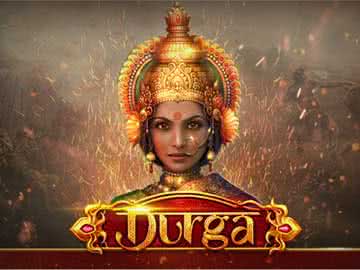 The Durga video slot by Endorphina uses a 40-payline format across five reels and four rows to make it easy for players to get lots of winning combinations. The main feature here is a free spins round where you can choose your multiplier and get expanding wilds in all directions.

With the Durga online slot by Endorphina, you’re getting a game that uses a theme based on a fight between an empress and some goblins. It’s not readily apparent, but there’s a fight between good and evil going on, and you’ll be able to profit from it in the meantime. The goal here is to get to the bonus feature as often as you can, but you’ll also get a good amount of value from the regular pay table.

The graphics in this game are interestingly a bit of a throwback to the earlier days of video slots, and you can tell that in particular from the way the card rank symbols are designed. Aside from that, the rest of the game looks pretty good, so we have no complaints.

Format and Layout for the Durga Slot

Endorphina has made the layout for this game have five reels and four rows with a total of 40 paylines. It’s common in the online slots industry for 40-payline games to have four rows for whatever reason, and that’s what you find here. Betting starts down at the $0.40 level because you can bet $0.01 coins on each payline. However, you cannot change how many paylines are activated. 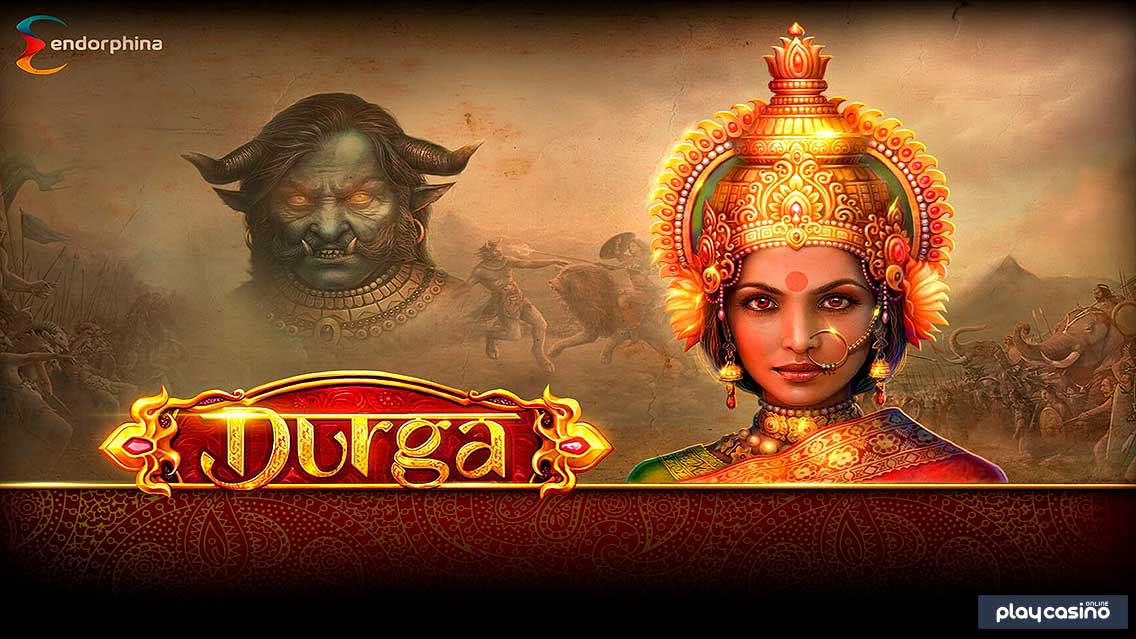 With that having been said, you can choose to wager 40, 200 or 400 total coins per spin, and that combines with a maximum coin level of $1 apiece to give you a maximum bet size of a whooping $400 per spin. Keep in mind that some casinos will lower this cap down to a smaller total bet size, so if you’re a high roller, you’ll want to ask about having higher sizes available with the support team. 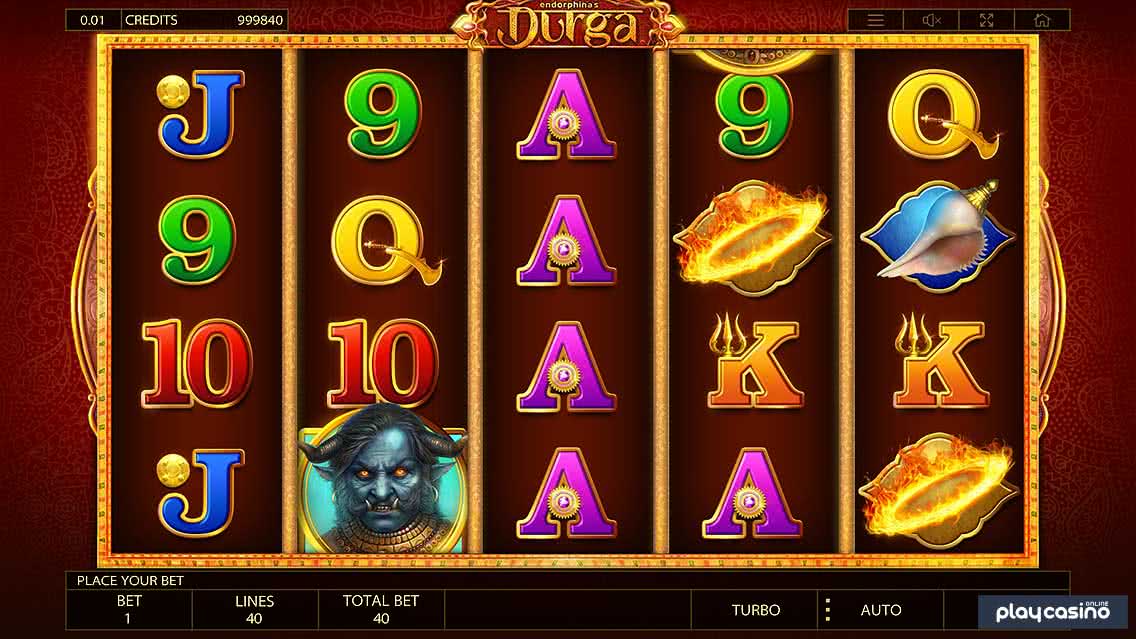 The lion is arguably the most important symbol in the Durga video slot. It’s a wild that appears on all reels, and it gives you a random multiplier of 2x or 3x that’s applied to each win that it’s a part of. This symbol does not substitute for the scatter, which we’ll look at below, and it doesn’t have its own winning combinations. However, it does make it much easier to get payouts, and it becomes even more important during the free spins bonus round. 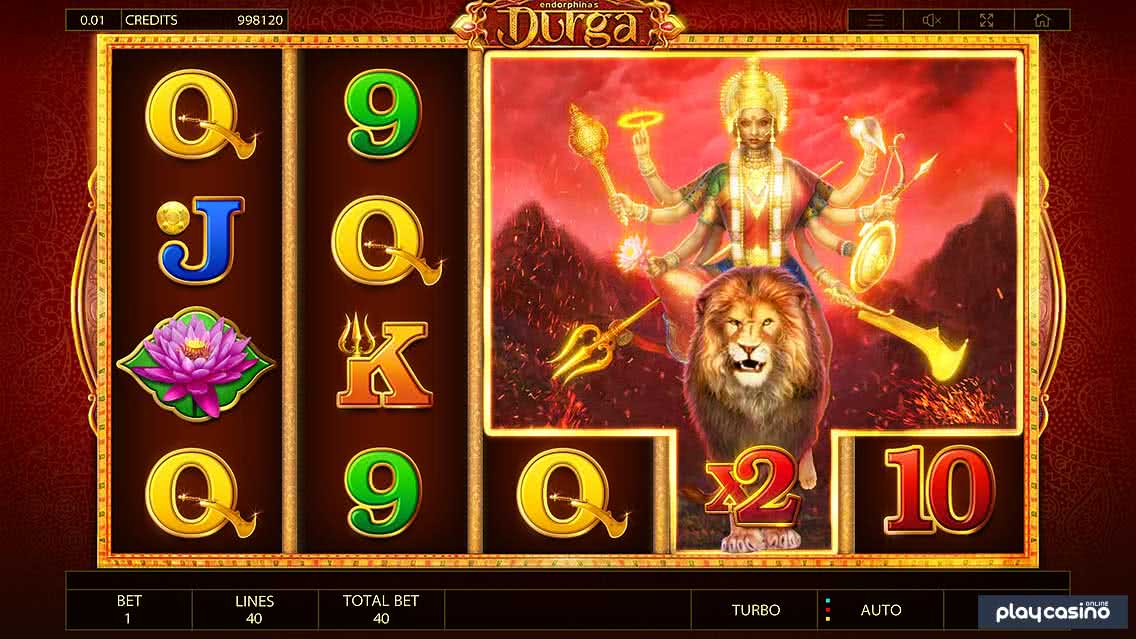 The goblin is the other main character symbol in this game, and it’s the scatter. It only appears on three reels, and getting all three pays out a solid 200x win, the second-largest regular win in the game. However, picking up all three also gives you a shot at the free spins bonus round. Even though it’s the personification of evil in this game, we don’t think you’re going to mind seeing it because of how much value it brings you.

Aside from the four levels of multipliers, you also get a special kind of expanding wild symbol. Instead of doing like normal expanding wilds do and cover the reel, they actually expand to cover every adjacent position instead. This includes horizontal, vertical and diagonal positions, so you can end up with 3×3 blocks of wilds. In a 40-payline slot, that’s huge and means you really only need two symbols on most paylines to get a five-of-a-kind payout. Add that to the multipliers, and it’s pretty clear that there’s a tremendous amount of value to be had in the Durga online slot’s main bonus feature. 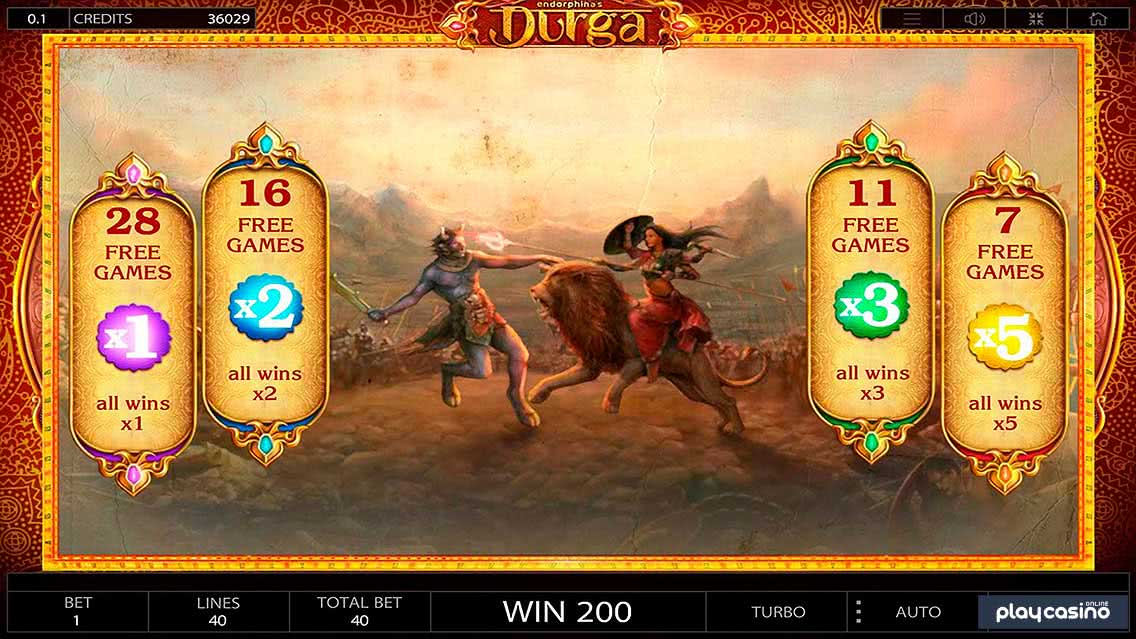 There are a few things to note about the structure of this game’s pay table. First and foremost, it’s a game designed around a very balanced gameplay experience that keeps the volatility pretty low. Along these lines, there are no regular jackpots. Instead, the largest wins in the game will come from combinations that have multipliers either from the wild symbols or the multipliers from the free spins (or both). You have to keep this in mind whenever you see how flat the overall pay structure is for the game. 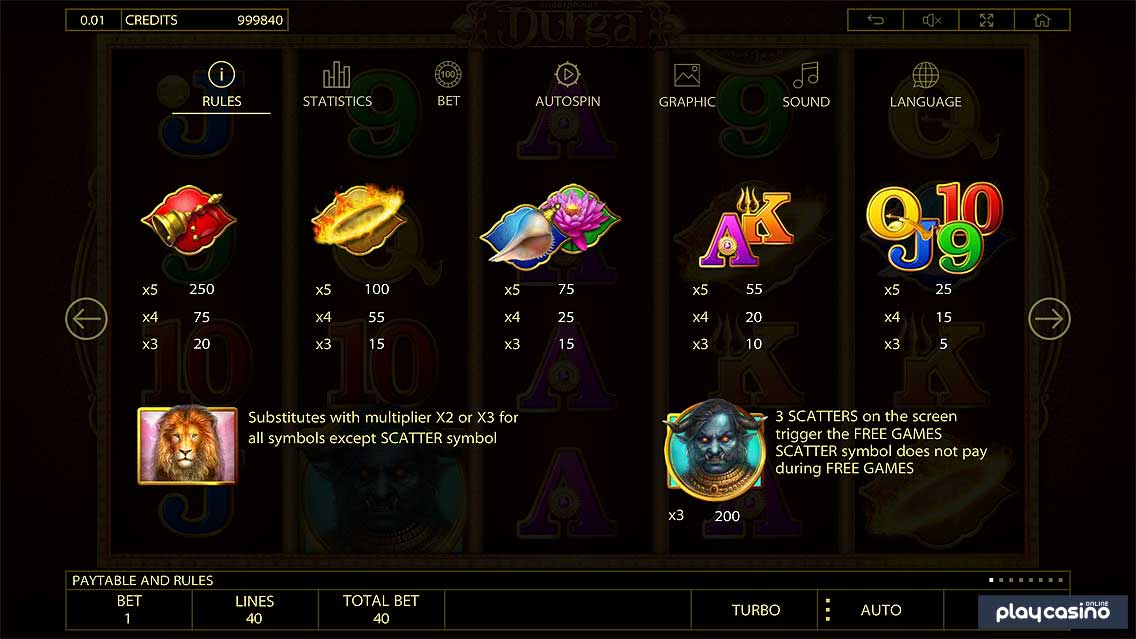 At the top end of the Durga online slot’s pay table is the golden bell on the red background, which pays out 250x for five of a kind. A five-of-a-kind combination of the ring of fire will earn you 100x. You can pick up a 75x win for five of the shell or the purple flower, each of which are decent wins that get even better with the various levels of multipliers.

For the purple A and orange K card rank symbols, the pay is 55x for five of a kind, which is honestly kind of an atypical size. The yellow Q, blue J, red 10 and green 9 all pay out 25x for five on a payline. 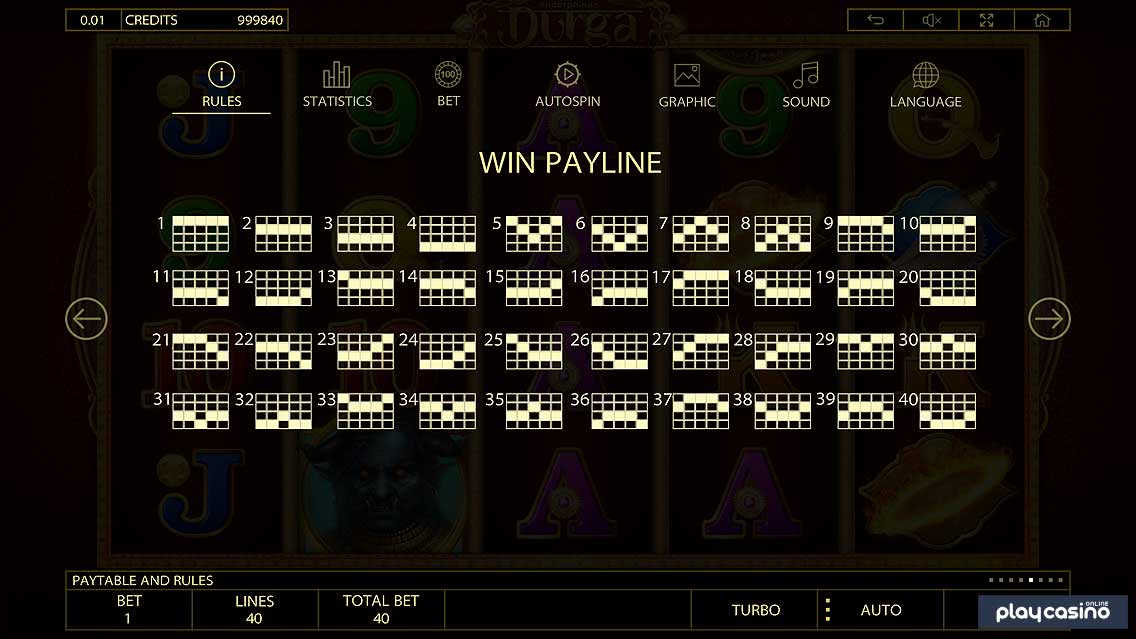 With the Durga video slot, the gameplay is centered around a balanced pay table that gets scaled up to higher levels with a couple of different sources of multipliers. The wild symbols in the free spins mode are where you’ll get the most value on individual turns, and a lot of this game, as far as practical gameplay is concerned, is about playing long enough sessions to trigger that feature and take advantage of it.

This gameplay, combined with the simplified graphics, really gear this title towards a certain niche group of players. As a part of Endorphina’s portfolio as a whole, it’s a really good piece of the overall puzzle, but a fair number of players aren’t going to like it. In spite of that, a whole lot of players do, and this is an entry into what they have available as a whole that’s very important along those lines. It’s fairly popular on its own, but it’s even more popular as a part of the overall variety that they have to offer.