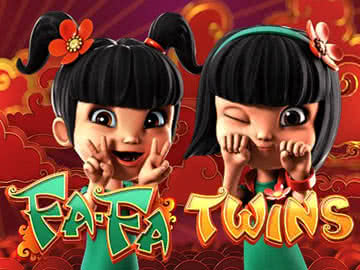 The Fa-Fa Twins slot by BetSoft is based on giving players a particular style of gameplay using an Asian twins motif. In this game, reels can become duplicated on every single spin, which kicks the game’s hit-rate into overdrive with a 243-ways format.

One of the things that can make an online slot work out really well for players is when its theme and its gameplay are tied together in a very tight way. That’s the case with the Fa-Fa Twins online slot by BetSoft. They have put together a title with very good graphics and an Asian twins theme in a way that it fits the features and general gameplay in a major way. The play style is affected as well, and that’s why this slot gets so much attention from players in spite of the rest of the game being fairly simple and straightforward. Sometimes, going back to basics can be the best thing, and BetSoft knows how to make it work in slots like this one.

Format and Layout of the Fa-Fa Twins Slot

The general layout of this game is one that most slot fans will have seen repeatedly. It uses five reels and three rows, and the all-ways format is in place. The way this works is that there are no traditional paylines. Instead of using lines, there are opportunities to win as long as a symbol appears from left to right on the reels in any position. For example, any three matching symbols on the first three reels in any spot or order, as long as there’s at least one of those symbols on each individual reel, will give a payout. This is like having left-to-right scatter symbols as all of the main paying symbols in titles with more traditional formats.

Your bets are based on spending 25 coins per spin in this slot. The Fa-Fa Twins video slot has betting that starts out at the $0.25 level by using $0.01 coins. The coins themselves go up to $1, but you can also wager as many as five coins on each payline, and the result is a maximum bet of $125 per spin. It’s not hard to imagine that this is a wide enough spread that virtually any player will find a bet size in it that fits what they are comfortable with in terms of the size of their bankroll as a whole. 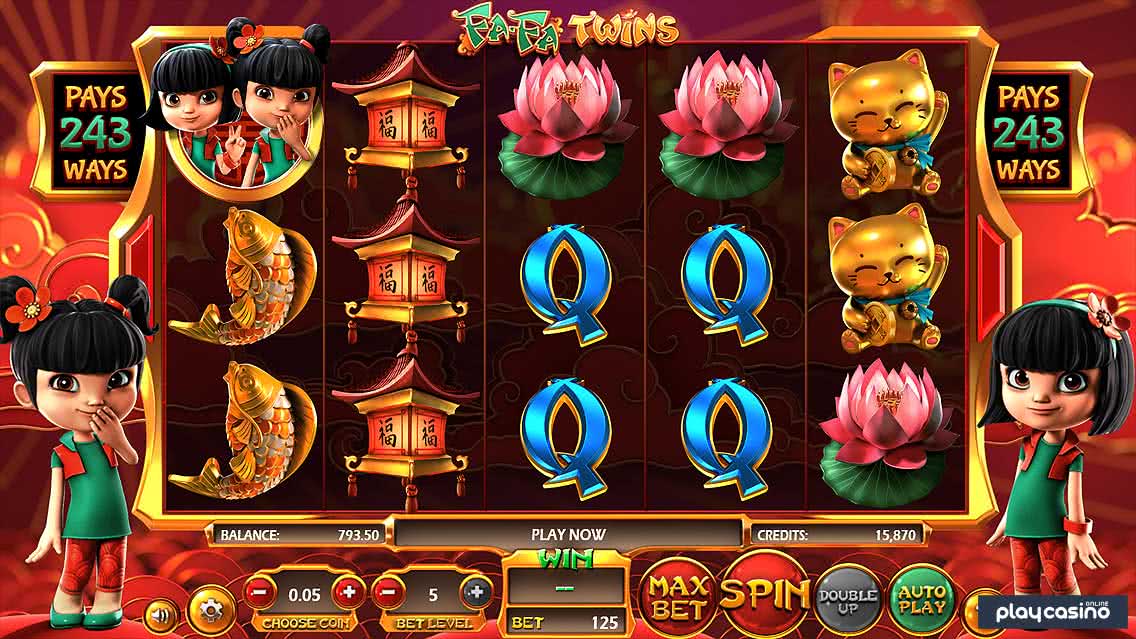 There is a Fa-Fa Twins slot logo that shows up on most reels. You’ll see it on the second, third, fourth and fifth reels only. This is the wild symbol for the slot, and it’s especially important with this type of format because of how many extra winning combinations you can get with it. It doesn’t get its own payouts since it doesn’t appear on the first reel, but it’s still an extremely important symbol in the game as a whole. 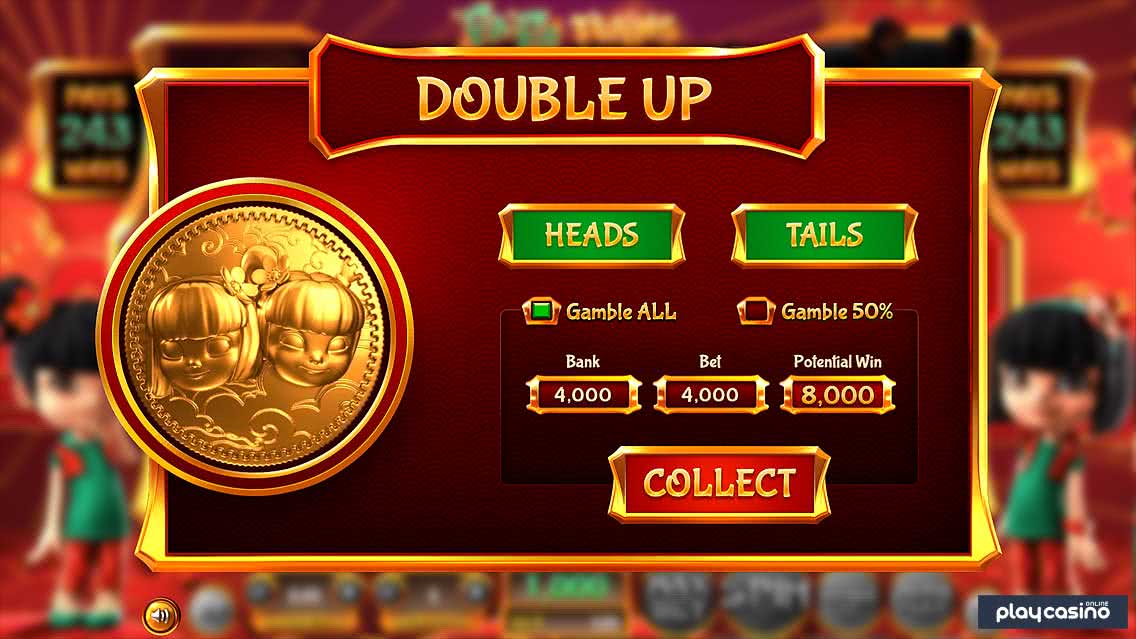 The main gameplay feature of the Fa-Fa Twins online slot is the Dual Reels feature. This is the tie-in to the twins motif, and it’s what sets the pace for the gameplay as a whole. Whenever a spin is started, two or more adjacent reels are chosen at random. Those reels become locked together so that they will each show the same symbols as each other in the same order. While the order isn’t particularly important, what is important is that the symbols are all the same. That’s important because it makes it a whole lot easier to hit winning combinations.

It’s also important to realize the implications of the Dual Reels combined with wild symbols. When you can duplicate wild symbols across multiple reels, especially within an all-ways format game like this one, the chances of multiple payouts on the same spin increase significantly. There’s a lot of value in this feature, and it smooths out the volatility to a low level while maintaining and supporting a high hit-rate. 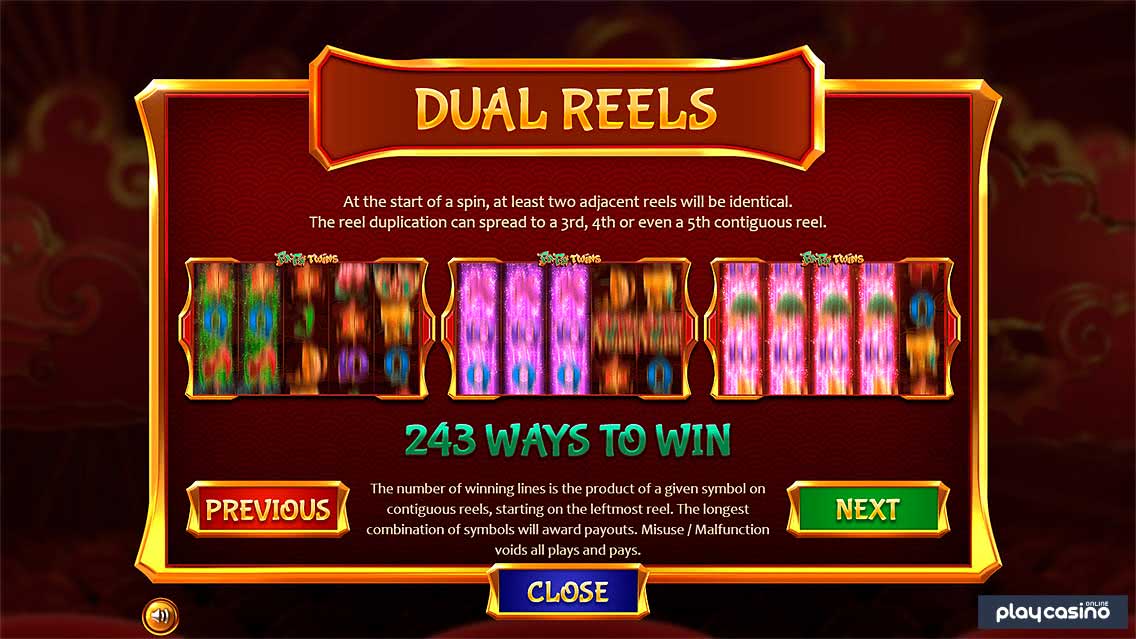 One symbol that pays pretty well in this game is the pair of twins themselves, not to be confused with the wild logo symbol. The symbol with the two girls on it gets you 1,000x for five of a  kind. There is also a golden cat symbol waving at you, and a 500x payout is what you’ll earn when you line up five anywhere from left to right on the reels. The golden koi fish is up next, earning 400x for five. Along similar lines, the bag of gold coins and the purple lotus flower can each get you the same 250x payout for five of a kind.

From the upper end of the pay table, you can see that there are some fairly strong wins available, and they’re made easier by the wild symbols and dual reels feature. 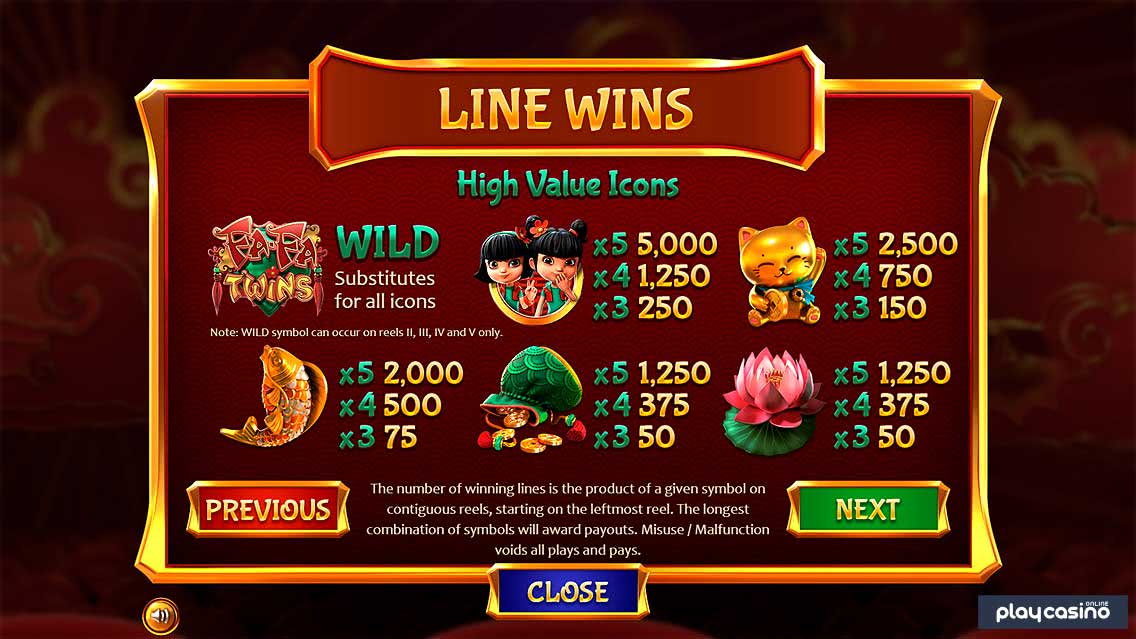 Card rank symbols are a part of the bottom tier of wins in this game, but that’s not all. There is also a lantern symbol that’s put in with them. The lantern, the red A symbol and the purple K symbol all can give you a 40x payout for five of a kind. Likewise, five of a kind of the blue Q, green J or dark purple 10 symbols are all worth 25x. These are some pretty small wins at the bottom end, but they’re made easier by knowing that with the dual reels feature, you really only have to line up four of a kind or fewer when you get a five-of-a-kind win. Since the dual reels feature is forced on every spin, that will always be the case. 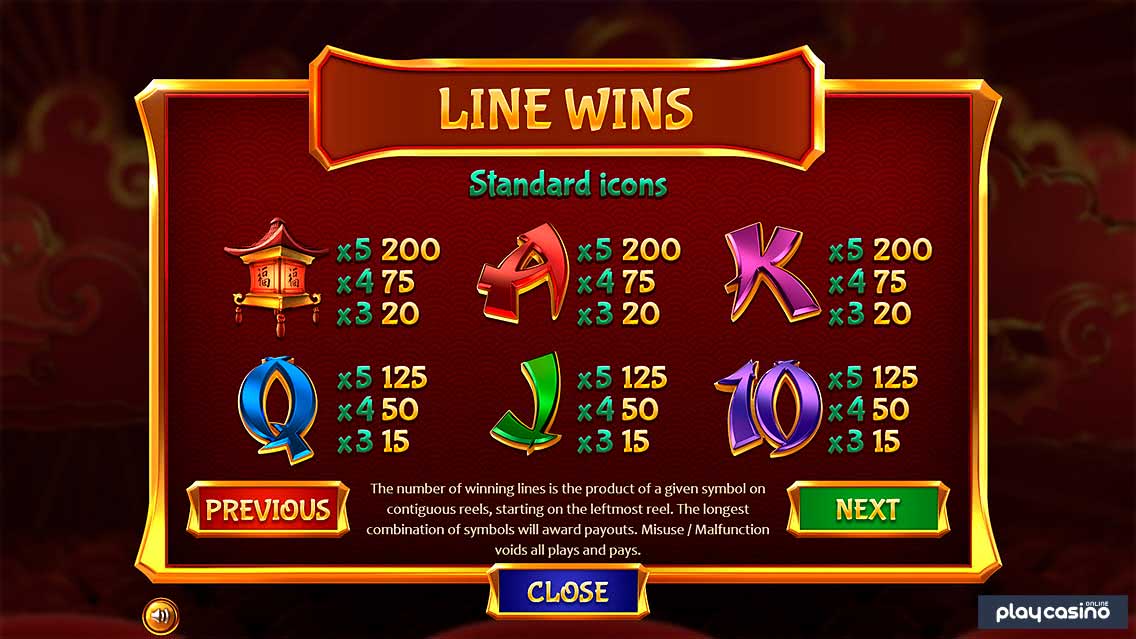 A Note on Gameplay Style

Before you play the Fa-Fa Twins online slot, you need to understand that it’s completely geared around one particular style of play. That style is a high hit-rate, low-stress and relaxing type of experience for players. If that’s not what you’re looking for, or if you want a higher volatility title with better chances and opportunities to win really big pays instead of having a super-balanced pay table with features designed to give you more small and medium wins, then you should probably find a title with a different style.

With the Fa-Fa Twins video slot, players are getting a game with one of the lowest levels of volatility available in BetSoft’s entire portfolio. Because they’ve managed to combine this with a lot of action, it’s pretty clear why it’s so popular as a game in spite of the fact that it doesn’t have any other features other than the wild and the dual reels feature that triggers every spin. They’ve shown that these are the only features they really needed to make a super-solid title with this game. As a part of their whole portfolio, this slot has a very important place catering to those who want to just sit back and relax with a fun game.