The Fairy Tale slot by Endorphina has a lighter feel than most of their titles with 20 paylines of action and chances for an unlimited free spin bonus feature.

A lot of the most popular games produced by Endorphina have themes that stand out because they haven’t really been used that much (if at all) by other online casino software developers. With that having been said, Fairy Tale is a bit different in that it uses a fairy-based, nature fantasy theme that is fairly popular in the industry and that has been used for the basis of a lot of games. However, they’ve managed to make it stand out with features that you don’t normally see, and it even uses a presentation with a character set that looks more like something out of a religious presentation, which again makes it stand out quite a bit.

Format and Layout of the Fairy Tale Slot

The format used in any game is the foundation that the software provider has decided on to build a game on top of, and it needs to be strong and reliable. That’s exactly what you get with the five-reel, three-row layout this title uses with 20 paylines, which is one of the most popular structures for a video slot of all time. You can wager up to 10 coins per payline, and you should keep the number of paylines activated at 20 to maximize your RTP percentage, which in turn gives you the best chances to win in any given session. 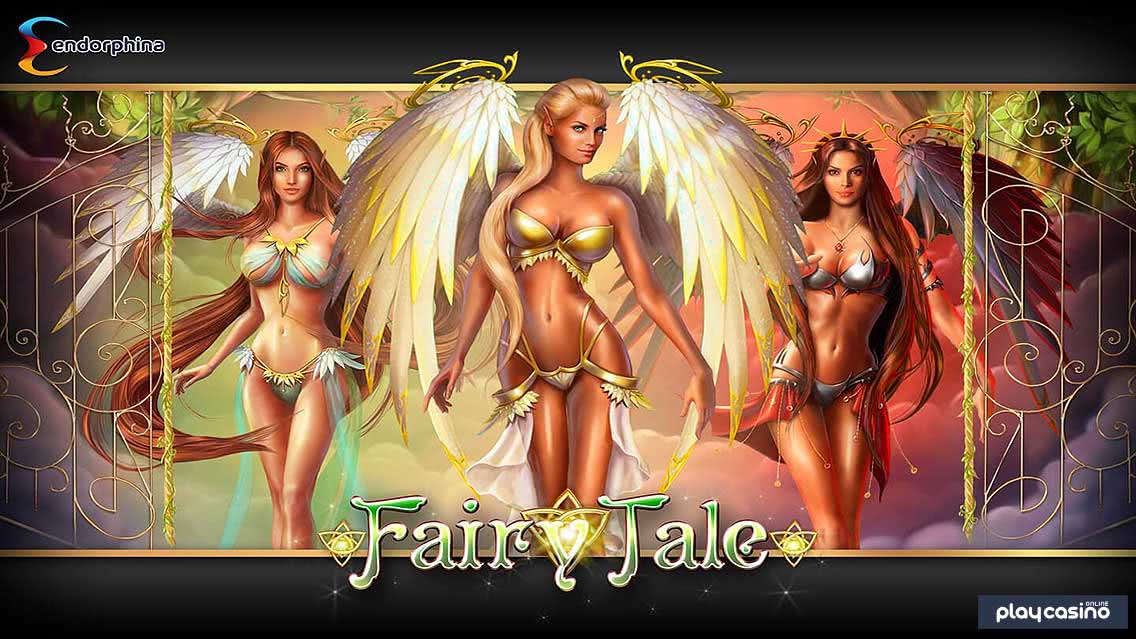 The minimum bet size per spin is $0.20, and that corresponds to a $0.01 coin size. However, high rollers are in luck with the Fairy Tale video slot because you can spend up to $200 per turn as well. This is a wide available betting range that creates and inclusive environment that anyone can participate in. 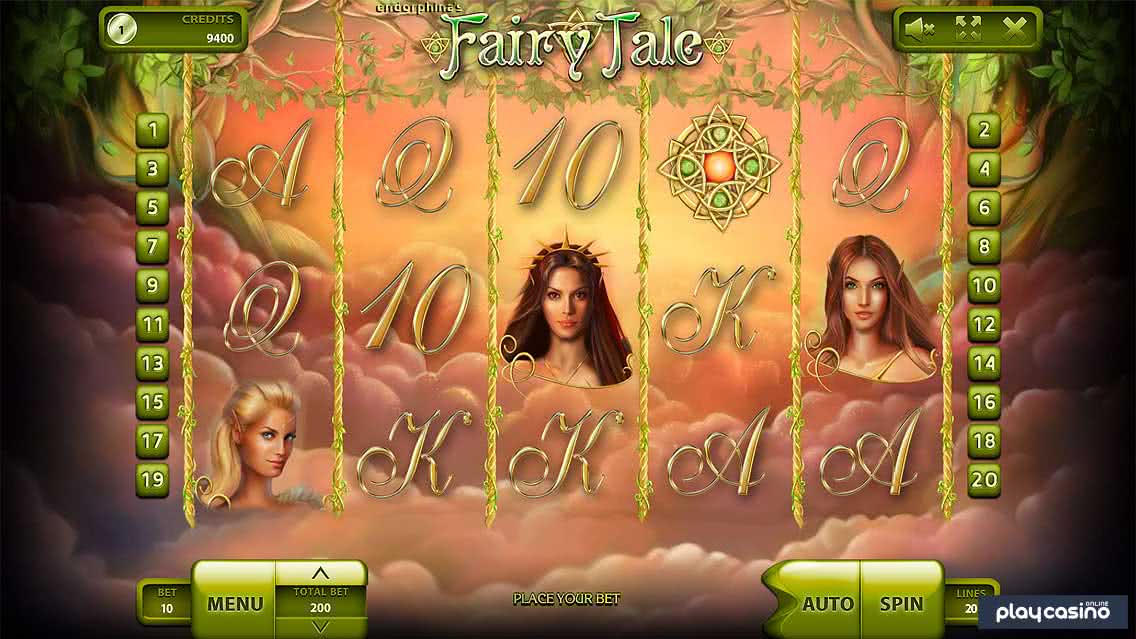 To start things off, we’re going to look at the most important symbol in this game. That’s the diamond, and it’s both a wild symbol and a scatter. The payouts are triggered based on scatter rules, but it can help to make winning combinations based on line bet rules, and that means it operates in both “modes” that a modern video slot may have.

Five of a kind triggers one of the top pays in the game at 4,000x. If you score four of a kind, you’ll get 400x instead, and it drops down to 40x for three of the diamonds. These wins are awarded no matter where the symbols are located on the reels, and you’ll also get these scatter pays even if the entire combination is used to give a larger line bet win. That means you get better pays on average than usual wild symbols because the wins are easier to get.

Something the Fairy Tale video slot offers that you won’t find hardly anywhere else is a chance for endless free spins. The way this works is that you start off by triggering the feature by getting a diamond symbol payout. Any three diamonds on the game board, no matter where they are located, will give you the corresponding payout while triggering the bonus feature itself.

There are four different cages with birds in them on the screen during this feature, and they’re what primarily control the flow of the bonus feature. Your multiplier will range from 2x to 5x for all of your wins for all of the payouts in the free spins depending on how many cages are left closed. The cages are opened at random with keys that will appear on the reels, and when you get all four of them opened, then you’ll end the feature. You cannot re-trigger this bonus feature, but you won’t really need to with multipliers that go as high as what you have available in this game. 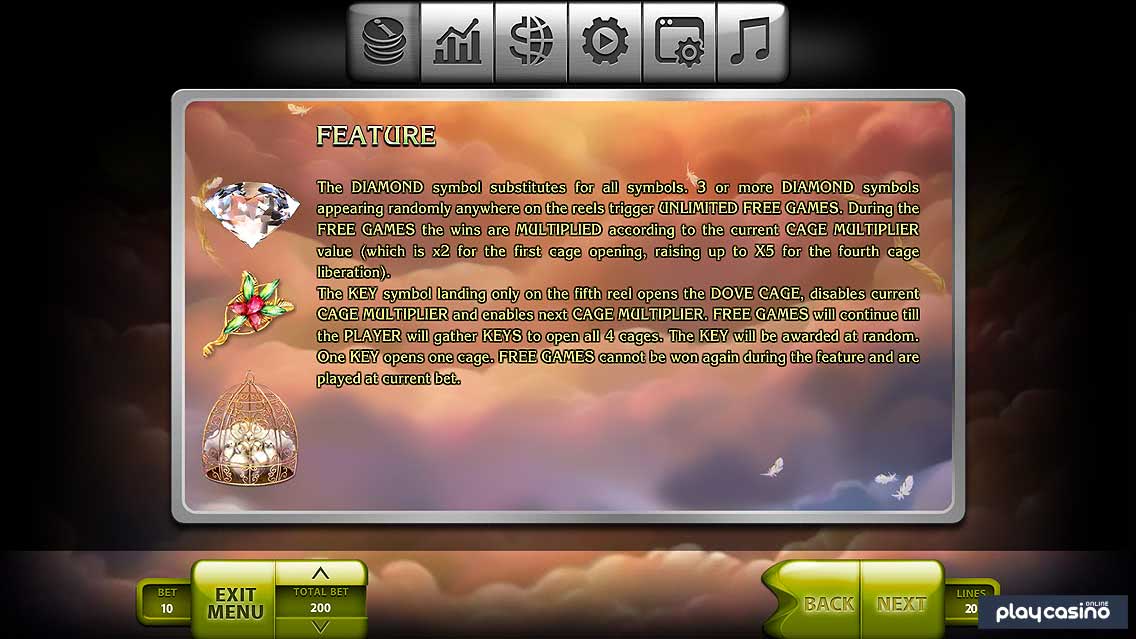 The three main symbols in this game are fairies, which makes sense considering it’s right in the name. Each of the three have different colors of hair, and that makes it easier to tell which is which. The blonde is the highest-paying fairy symbol of the bunch, and she also gives the largest payouts in the game as a whole. Five of a kind pays 5,000x, and four of a kind will also earn you 1,000x.

If you line up five of the brunette (brown hair) on an activated payline in this game, you’ll get a 2,000x payout instead. A prize of 750x is yours for five of the redhead on a payline as well. There’s a fourth symbol that’s a golden symbol with red and green jewels, and it gets the same payouts as the redheaded fairy.

An important point to make about these four symbols (the three fairies and the golden pendant) is that they all pay out for only two of a kind on the reels. This makes it really easy to hit smaller payouts, especially with the wilds showing up on all of the reels, which helps to keep the volatility down as much as reasonably possible.

These five symbols were created in a style that has a heavenly feel to it, and that’s something that matches the clouds in the background. It also matches the idea that these three fairies are angel-like in how they are dressed and how they appear, so there’s a bit of a blur between the lines of exactly which kind of theme this game uses. All five of these symbols also require at least three for a winning combination. 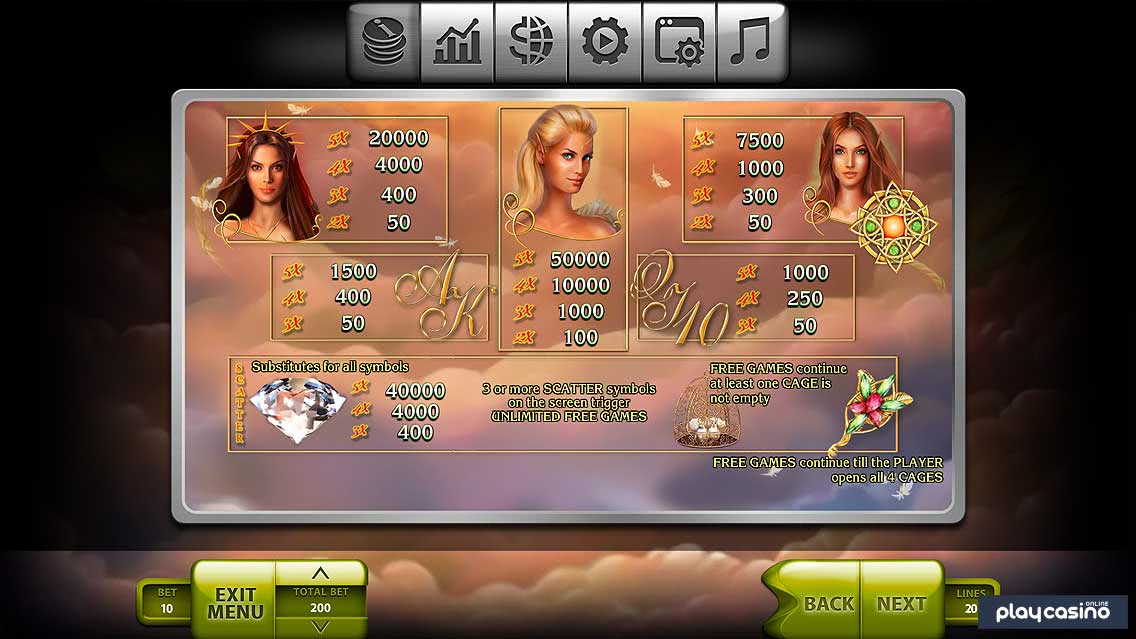 Endorphina’s Fairy Tale online slot has a great look and strong gameplay. The bonus feature is atypical since there’s no maximum on the number of free spins you can get, and you’re guaranteed to get some spins with a 5x multiplier (and 4x, 3x, 2x) every time you trigger it. The regular pay table is pretty strong as well, and while the theme itself is fairly common, it’s handled in a way with a heaven and angels type of motif that hasn’t ever really been used before. Overall, it’s not hard to understand why it’s such a popular game, and it’s also not hard to see that it’s a great part of the overall Endorphina portfolio.