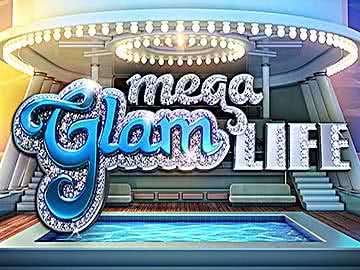 The Mega Glam Life slot is a progressive jackpot game by BetSoft that uses 20 paylines and an over-the-top wealth theme. Aside from the three different progressive jackpots, there is a free spins mode, a re-spin feature and a sizable static jackpot of 5,000x as well.

If you’re looking for a game that will take you into the world of wealth and luxury, then the Mega Glam Life online slot by BetSoft will do it for you. This game is full of diamonds, yachts, expensive cars and champagne, and it uses a high-volatility style of play centered around big jackpots and other ways to win tremendous amounts of money. As a whole, it offers a particular style of gameplay that a lot of players seek out and love, and it’s one of their main progressive slots as well with a number of other value-packed features and the capacity for big swings.

Format and Layout of the Mega Glam Life Slot

To provide players with a solid game with lots of big jackpots and ways to win, you need a format that has a solid base. That’s exactly what you’ll get here since there are five reels, three rows and 20 paylines, which forms what’s easily the most common layout used in video slots as a whole. There is an option to adjust the number of paylines, but you should keep them at 20 to keep all of the features on and to maximize the RTP percentage that you get from playing this game. 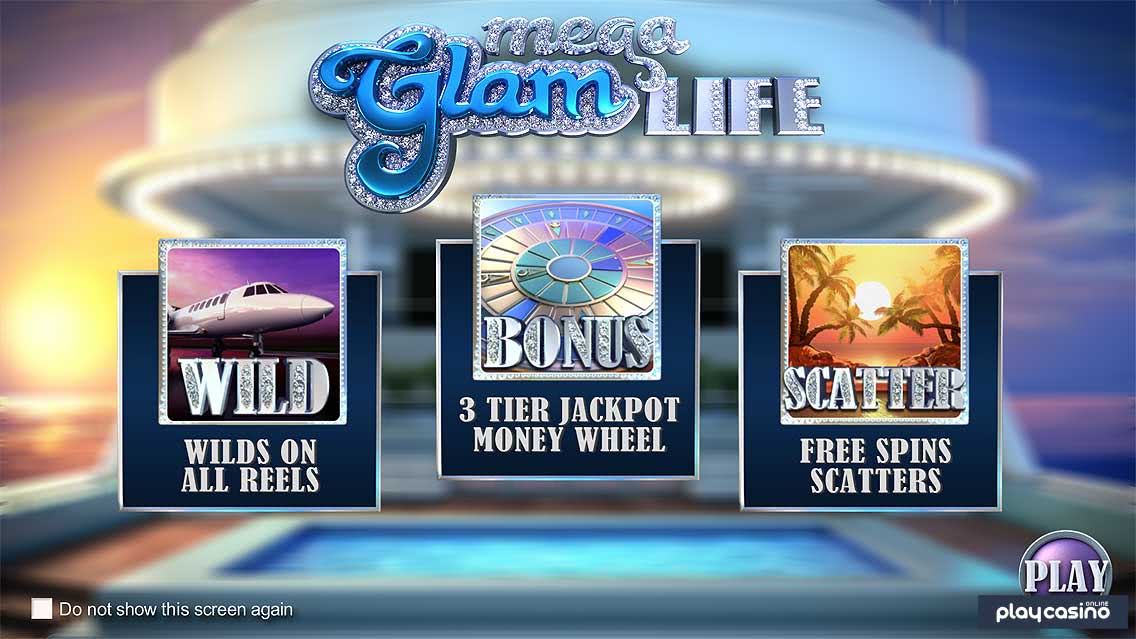 To adjust your betting, you can change how many coins are bet on each line or how big or small the coins themselves are. Coins go from $0.01 to $1 each, which means you can bet as little as $0.20 per turn with all 20 lines activated. If you set the number of coins per line at the maximum of five, then that allows you to bet up to $100 per turn, and that covers pretty much all of the stakes that high rollers could care for as well as plenty of options for low-stakes players, so everyone has bet sizes that work out pretty well. 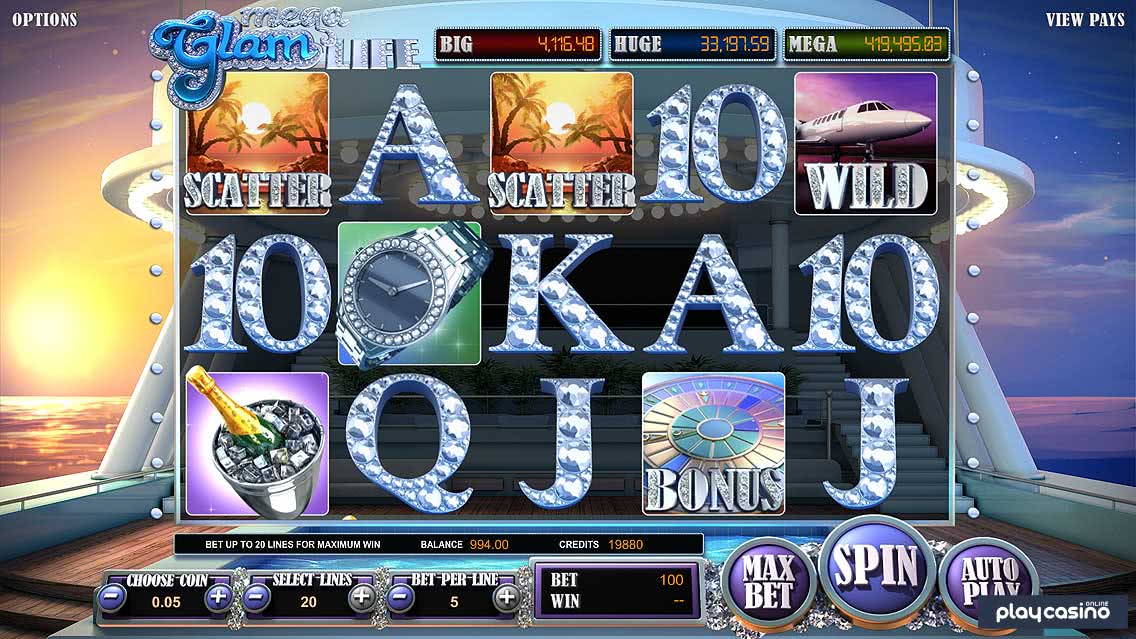 There’s a very beautiful sunset scene symbol in the Mega Glam Life video slot. It’s the scattered bonus symbol in this game. If you get at least three of them, no matter where they appear, then you will be given a free spins bonus feature. Five of a kind is worth 16 free spins, four of a kind gets you 12 free spins and three awards you 8 free spins. Having free chances to get paid is nice, but it’s made even nicer by starting out with a 3x multiplier on all of your wins.

That’s not all that there is to this feature, however. Three or more scatters will add more free spins to the total in proportion to the numbers listed above. However, you can get extra goodies for just one or two scatters as well. They’ll give you an increased multiplier of 1x or 2x (up to a maximum of 10x total), or give you a few extra free spins. This adds even more value to the feature as a whole, and it makes it really exciting when even just one scatter during the free spins adds on even more value. 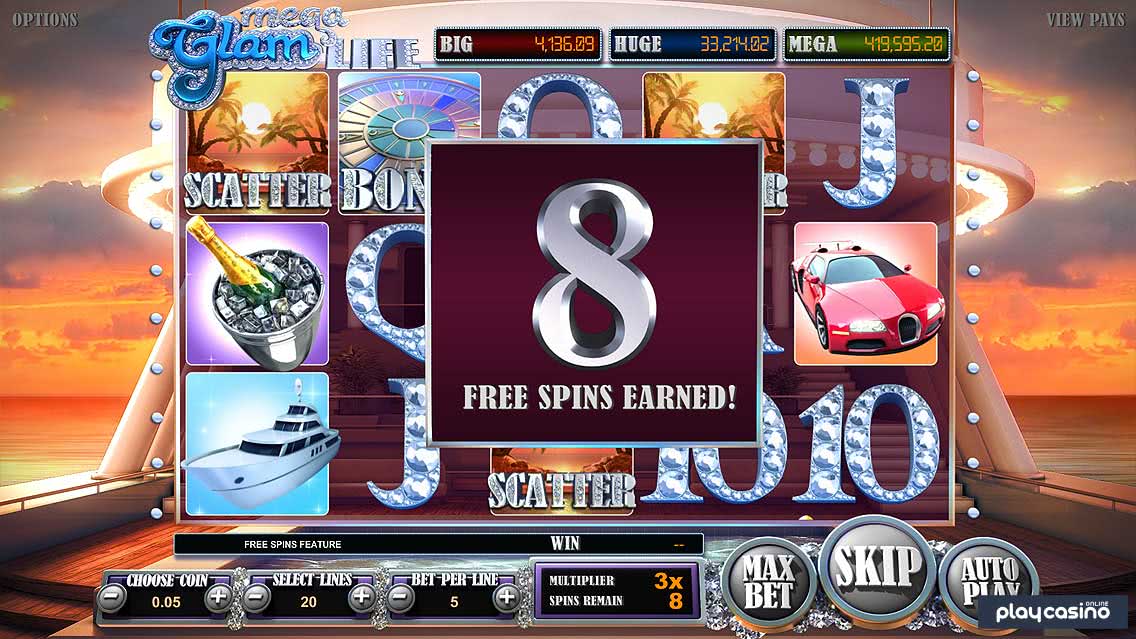 The largest regular win that you can get in the regular game is for five of the wild symbol on a payline. This wild is an airplane, and five of it on a line gets you 5,000x. Four of a kind is worth 500x, and three of this symbol on an activated payline pays out 50x. This is an important symbol for obvious reasons, and it counts for anything but the scatter or bonus symbols. With that having been said, it’s also responsible for a feature of its own, which we note below.

Three of the wild symbol, no matter where they show up on the screen, give you a re-spin feature. They act like a scatter for the purpose of triggering this bonus feature. The way it works is that you’re paid out anything as usual, and then you get exactly one free re-spin with all of the wilds on the screen held in place. This re-spin is obviously worth more than normal spins, but you do not get chances for more re-spins, regardless of if more wilds appear on the screen. This feature also makes it much easier to get wild combination payouts as well. 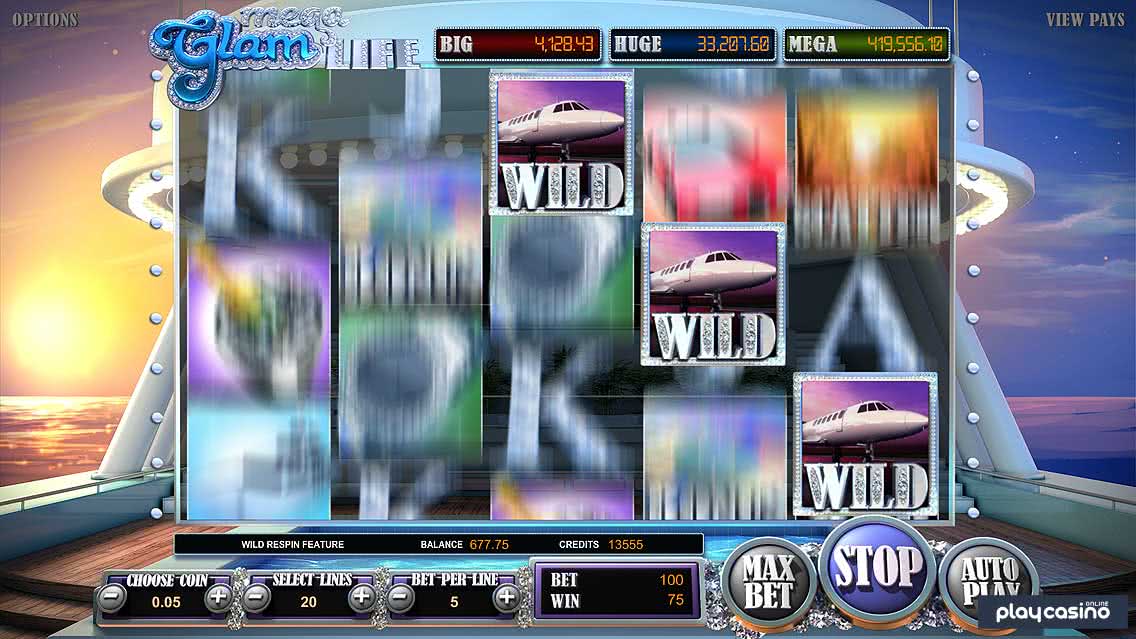 In the Mega Glam Life online slot, you can get the bonus wheel symbol on the second, third and fourth reels to get a shot at the money wheel. This gives you a random chance to pick up one of the three big progressive jackpots or a different prize. There are some pretty big non-progressive payouts available in this feature, so you aren’t necessarily going to be super disappointed if you don’t pick up one of the bigger jackpots. 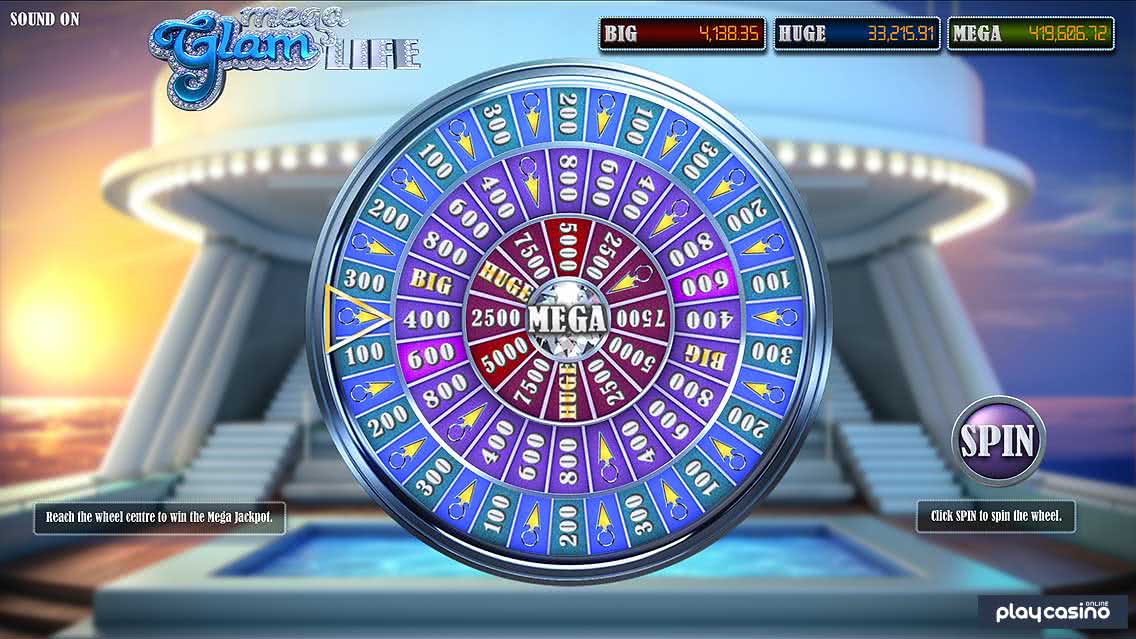 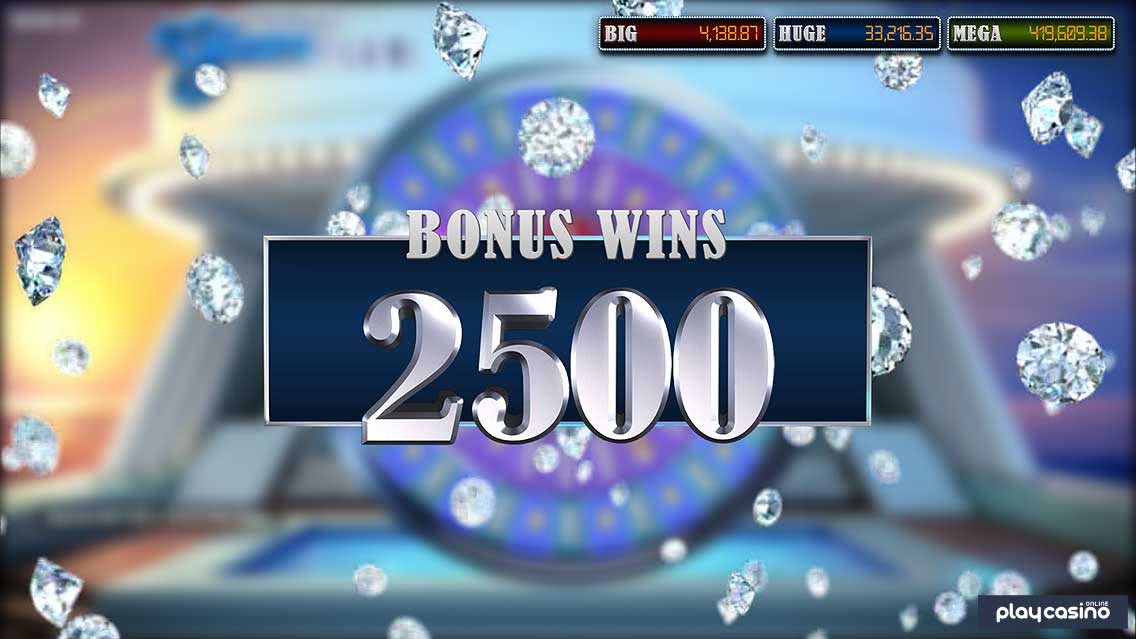 There are four luxury symbols that have strong payouts. Five of the yacht gives you a 1,500x win, and five of the red luxury car on an activated payline gives players 1,000x as well. As far as mid-range payouts go, you’ll score 500x for five of the watch or 300x for five of the champagne in a bucket of ice.

Five card rank symbols make their way to the reels in this game. They all show up in platinum with diamonds in them, and the payouts start at 200x for five of the A. You can earn 160x or 100x for five of a kind of the K or Q on an activated line, and five of the J or 10 will get you 80x or 60x, respectively. These payouts are pretty well-rounded, and the fact that there’s a card rank symbol in this slot with a 200x payout looks very good as a part of the overall pay table.

This is probably the most popular progressive slot that BetSoft has available, and that makes the Mega Glam Life online slot a pretty big deal as a part of their overall portfolio. The graphics are strong enough to still compare positively to just about anything any other developer has to offer, and they didn’t just rely on this game having progressive jackpots to give it good gameplay. Instead, they have a number of different and varied features that play really well on top of a reasonable pay table with small, medium and large payouts available.