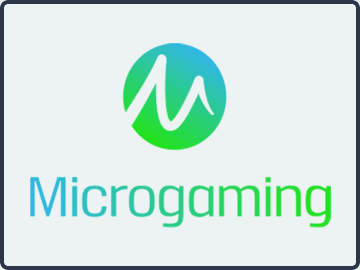 Microgaming provided slots for the very first online casino, and they have hundreds of titles with some of the most popular games ever released.

To say that Microgaming is a trend-setter in the online slot space would be a massive understatement. They have produced hundreds of online slots, and some of those games are among the most popular titles ever released. They have a wide range of different types of titles as well, from 3D slots based on relaxing themes to action-packed progressive jackpot titles that have held world records for the sheer size of their payouts.

Microgaming has produced hundreds of online slots. It’s tricky to pick out the best because what is great for one player won’t matter that much to another. Thankfully, they have such a huge selection of games that we were able to pick out what we believe to be the top titles that will appeal to the most players. Jurassic Park, Game of Thrones and Avalon II represent the best of what this company has to offer. We have free play versions and complete reviews of these top titles, all of which have been considered some of the best video slots ever produced in the industry.

It’s important to note that their most popular and most up-to-date software package, called Microgaming Quickfire, also includes games that were produced from other software providers. We will not be reviewing those in this section. Instead, we will only be looking at games that Microgaming themselves have produced. The Microgaming online casino software is generally considered to be the most popular in the world, and their great selection of online slots is a key part of that.

Microgaming has been producing slots for decades, so in terms of graphical quality and feature sets, their games are really all over the place. They were around when things like free spins with multipliers really took off, which players take for granted these days, so some of their titles will seem a bit dated. When looking at these reviews, you should keep the historical context in mind for some of them and look more at the gameplay itself than the graphics in some cases.

With that having been said, they still have plenty of games with excellent graphics, and you can see that in a major way with their most recent titles. There are a number of different graphical styles used in their titles as well, and that gives players a larger range of options to choose from that might suit them.