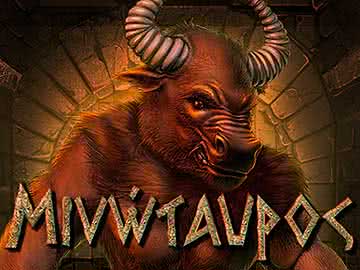 The Minotaurus video slot uses 10 paylines with a stacked wild symbol. This symbol helps to trigger a re-spin feature that gives you chances to win with an unlimited multiplier that can lead to some tremendous prizes.

The Greek story of the creation of the minotaur is a pretty interesting one that has a bit of a morbid and kind of messed-up side if you know the whole thing. Endorphina skipped out on some of the more questionable aspects of how King Minos’ wife Pasiphae had a half-bull child. The Minotaurus online slot is named after the resulting creature, the minotaur, which is named after King Minos himself. The creature was locked away in the Labryinth until it was eventually killed by Theseus from Athens, one of the major Greek heroes. There’s a lot of mythology that goes into this game, and this software company has done a great job of tying in several symbols and motifs that are important in the actual story but that are often looked over.

Format and Layout of the Minotaurus Slot

You can see the entrance to the giant maze that the Minotaur was banished to back behind the reels in this game, and there are five of them with three rows of symbols. A total of 10 paylines are spread across this, and they pay from left to right only. You do have the option to play with fewer than the maximum number of lines in this game, but it’s a bad idea because you’ll get lower payouts on average if you do. You can change the number of lines by clicking the numbers beside of the reels if you’re so inclined. 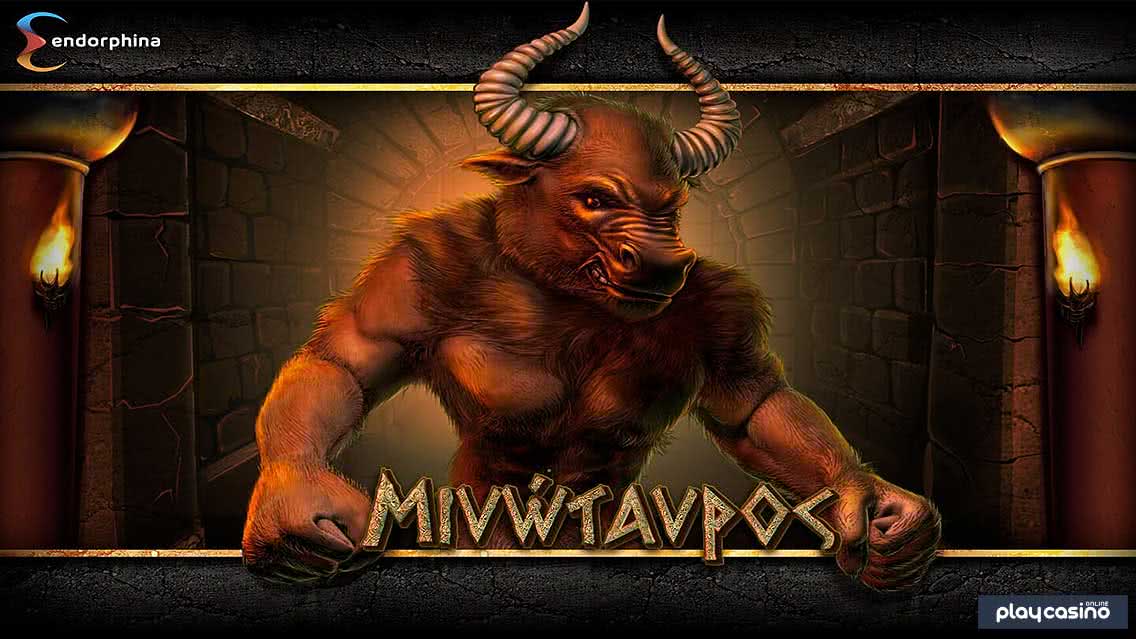 Betting is set up around having multiples of 10 coins wagered on each spin. You can actually bet a maximum of 10 coins on each of the 10 lines for a total of 100 coins per spin. The coin values change from $0.01 to $1 as well, and you can use those two controls to customize your bet with a pretty good level of precision. The available total wagers go from $0.10 at one extreme to $100 per turn at the other extreme, so it’s easy to see that players at all levels are covered. 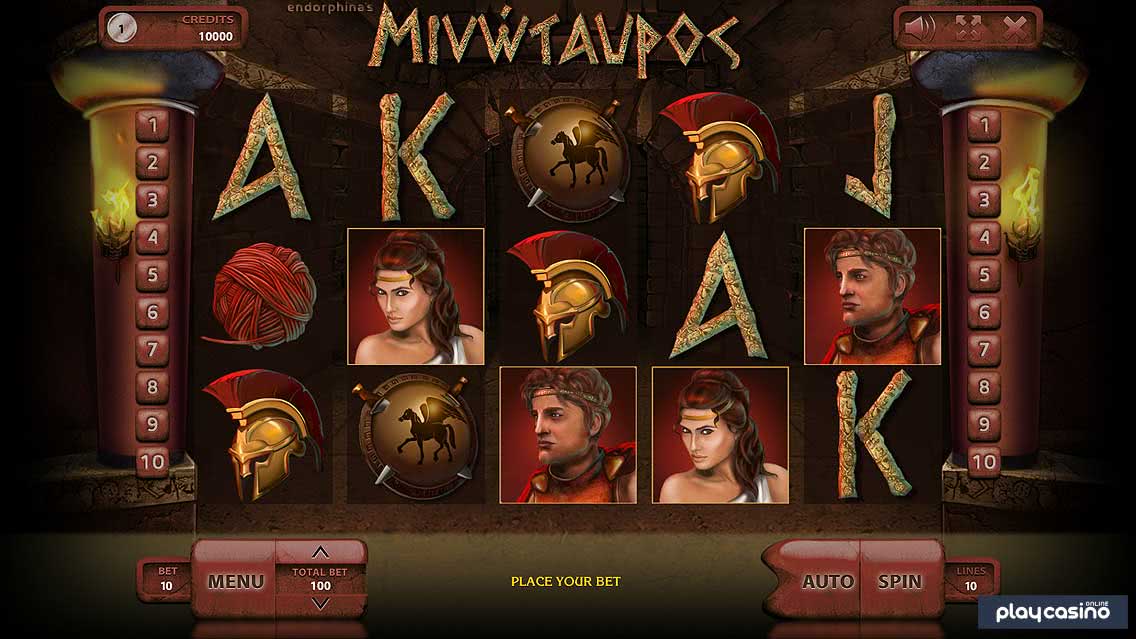 The minotaur in this game is an expanding wild symbol. It has the horns of a bull, the tail and hooves of a bull and the body and arms of a man. Whenever it appears anywhere on the game board, it will always expand in both directions vertically up and down to cover the whole reel. This puts you in the driver’s seat because it can help you to get multiple extra wins on the same spin that you might have missed out on otherwise.

This symbol only shows up on the second, third and fourth reels. As such, it does not get its own payouts in the Minotaurus video slot. However, he is responsible for an important bonus feature.

If you get the minotaur on the reels, then it expands and gives you payouts as a wild. However, after that, it will stay in place while the other reels spin. This will  continue over and over until you eventually get a payout. What’s really interesting about this is that you’ll also get a multipiier that increases with each spin that doesn’t give a prize, and there is no cap on the size of that multiplier, so you could end up with some pretty tremendous payouts from this feature.

We really like how Endorphina stepped outside of the box with the main bonus feature for the Minotaurus online slot. Having an unlimited multiplier isn’t the type of thing that you see on a regular basis, and we like the value and gameplay experience that it provides for players. 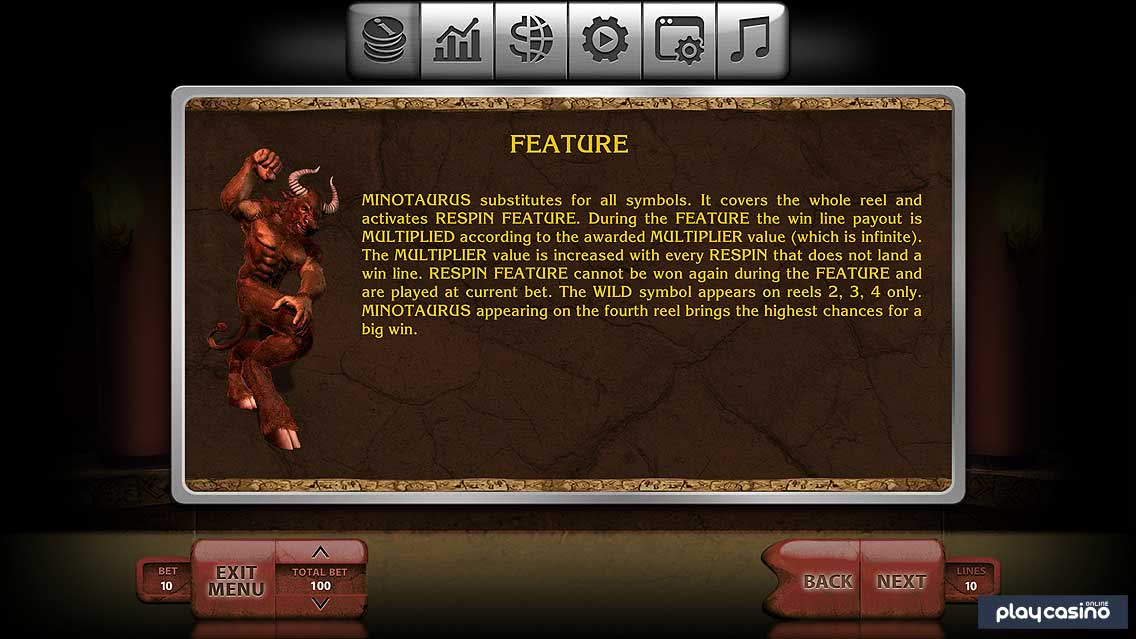 Double or Nothing Gamble Game

After each time that you get a win in this game, you’ll be given an option to collect or risk your winnings. If you choose the option to risk, you’ll enter the Labyrinth and try to make your way through the maze. Running into the man will double up your payout, and running into the Minotaur loses your winnings. You can choose to double your payout up to five times in a row with this feature, and it’s a fun way that Endorphina has captured the theme of the Minotaurus online slot in the gameplay, which is something we think is really important for any slot, especially one with the rich history of Greek mythology. 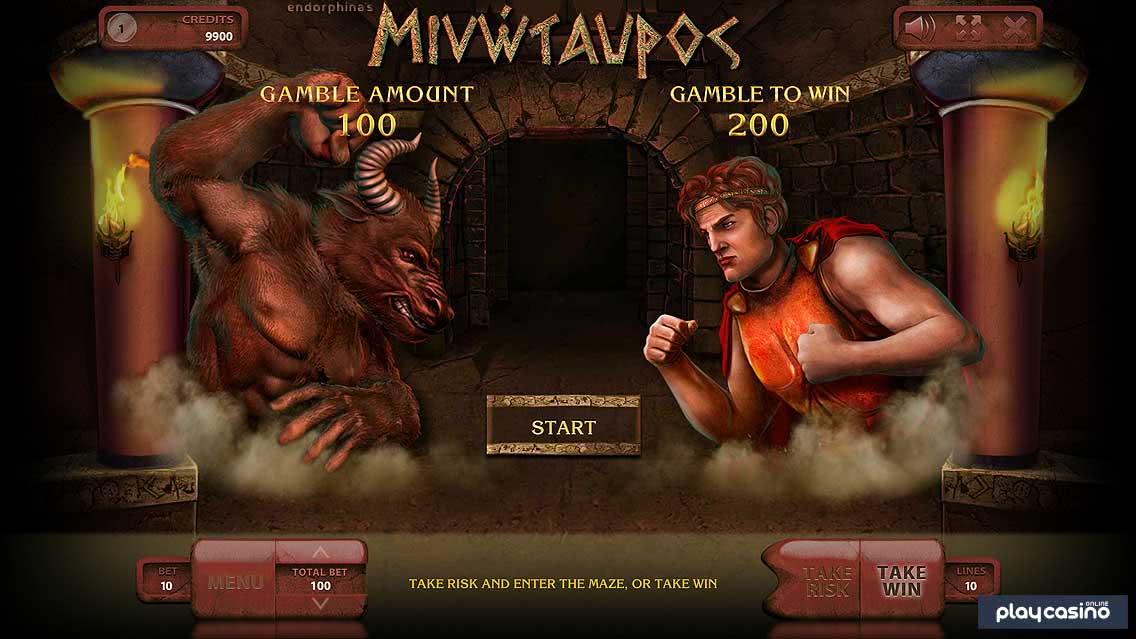 Other than the minotaur, there are two key characters who are present on the reels. The first is the queen Pasiphae who fell in love with the giant, white bull and ended up getting pregnant. She’s the mother of the monster. The other is the hero who eventually slays the beast, who is Theseus. Theseus has the highest payouts in this game with 1,000x for five of a kind, 500x for four of a kind and a 100x win for three of him on a payline.

Pasiphae comes up next. As the mother of the minotaur, she gives you a 800x secondary jackpot prize when you line up five of her on an activated payline. That win drops down to the 400x level for four of a kind, but the 100x payout for a three-of-a-kind combination is the same as it is for Theseus.

Mid- and Low-Rank Symbols and Wins

There are four symbols that give mid-level payouts. The ball of yarn used to navigate the Labyrinth and the Labyrinth itself pay out wins that will give you 500x for five on a payline, which is still a substantial amount. After these two symbols, things fall down a bit with 150x for five of the helmet or shield.

The low-ranking symbols in this game are four different card rank symbols. The A, K, Q and J all appear in a Greek-style font that looks like an old type of stone, and that fits the stone walls of the giant maze motif perfectly. They all give you 100x wins for five of a kind, but the lower payouts are a little different between the A/K and Q/J symbols. They break up into two tiers of available wins along these lines. 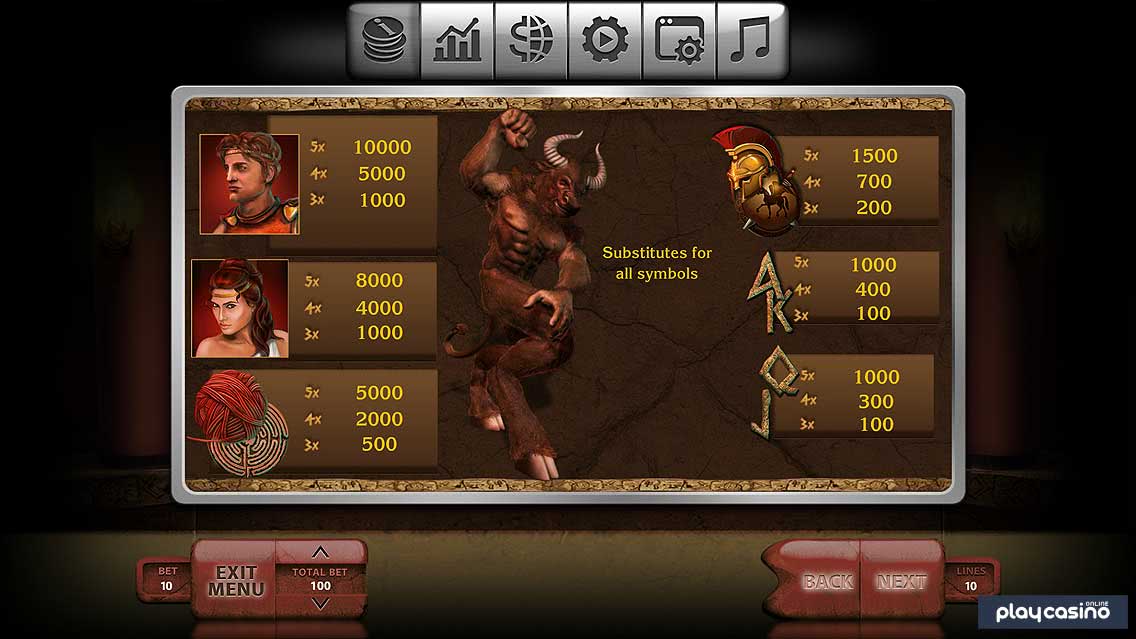 With Endorphina’s Minotaurus online slot, you’re getting a game that’s centered completely around one particular feature. That’s a common style of gameplay, and it can work really well like it does in this game if the rest of the game is set up properly. You have an immersive title with a theme that’s dealt with appropriately, and the balanced pay table combined with the motif of the slot being weaved in and out of the different aspects of the game makes this a fairly popular part of their overall portfolio.