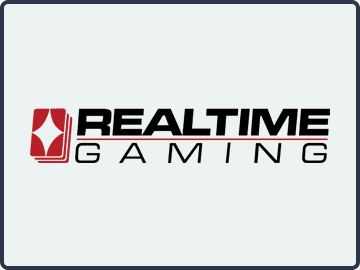 Realtime Gaming has been producing online slots since the late 1990s, and their Real Series is one of the most iconic sets of video slots in the industry.

Realtime Gaming is a company that’s known as being one of the most popular online slot providers that allows their operators to accept US players. They also have a large audience on an international stage, but they have received criticism earlier in the history of the industry for producing titles that weren’t very visually appealing. In spite of that, they took the criticism to heart and started producing exceptional online slots that are in the same tier as the best games in the genre.

In the past, Realtime Gaming didn’t necessarily make the best games out there because they first started in the 1990s when no one really had much experience in producing online slots. However, their more recent releases like Lucha Libre, Eternal Love and Zhanshi really show off their style, and we think that these are three of the best real money slots they have to offer. They also have play money versions of these games that players can try to see if they like the look and feel of them as well. These titles are some of the best that RTG has produced, but they are very different in almost every way at the same time.

In terms of the platforms that players can use for these games, there are a total of three Realtime Gaming casino software options players can choose from. You can download an installation program straight to your computer, you can use their web-based, no-download interface, or you can log in with your smartphone, tablet or other mobile device. Some of their games can only be played if you download the software to your computer, but most of them are accessible using the web-based client and the mobile option.

The Real Series and Beyond

The core group of video slots produced by RTG is called the Real Series, and you’ll find some of those titles in our reviews. These games tend to have random progressive jackpots (sometimes as many as four), and they also tend to be driven primarily by trying to earn bonus features. They range from relaxing, low-volatility titles to fast-paced, high-volatility games that have a lot of wild swings.

With that said, they have also produced a number of games outside of this series that give players a great experience as a whole, even including 3D graphics, special types of animation and other great visual styles.