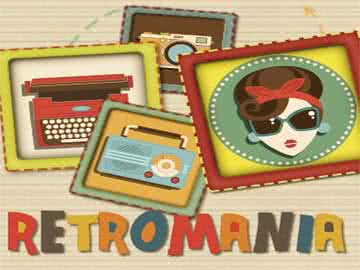 Retromania is a video slot by Endorphina that is a throwback to several older pieces of technology that aren’t used much anymore.

Technology is always pushing forward, and this upward pressure means that things get left behind that were once extremely popular. The Retromania video slot by Endorphina is based completely around this concept, and it uses an aesthetically pleasing, two-dimensional style of graphics to really get that motif across. The gameplay is also set up to be smooth and fun with chances to win some pretty big payouts.

Format and Layout of the Retromania Slot

An older style of video slot is used in this game, which is appropriate since the theme is all about an older style of everything. There are five reels and three rows, and you’ll find nine payliens across this 5×3 grid. Nine-payline video slots were the most popular among the first ever video slot releases, and the format is rarely used today, so it makes plenty of sense. With that having been said, you can get paid both left-to-right and right-to-left, which adds value.

Betting is set up based on those nine paylines as well. You’ll have coins that go from $0.01 to $1 each, and you can bet up to 10 coins on each of the paylines. This means that the betting range as a whole goes from nine to 90 coins per spin, so the overall size range goes from $0.09 to $90 per turn. 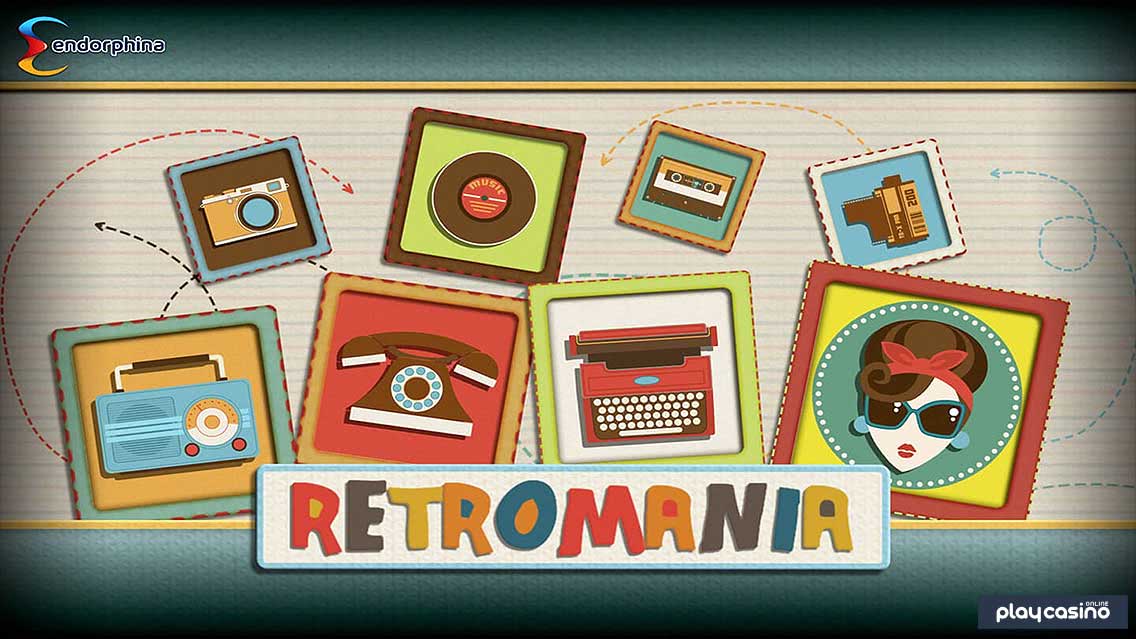 Notes on Volatility and Hit-rate

Players should be aware before they start playing this slot that it is a high-volatility game. The huge volatility in the Retromania online slot can be a little surprising since it does not have a progressive jackpot. However, there are still large pays at the top of the pay schedule with a limited number of small or medium wins, and that’s what causes the volatility to be as high as it is in this game. If you know what you’re looking for, and this happens to be it, then you’ll be a big fan of this slot. 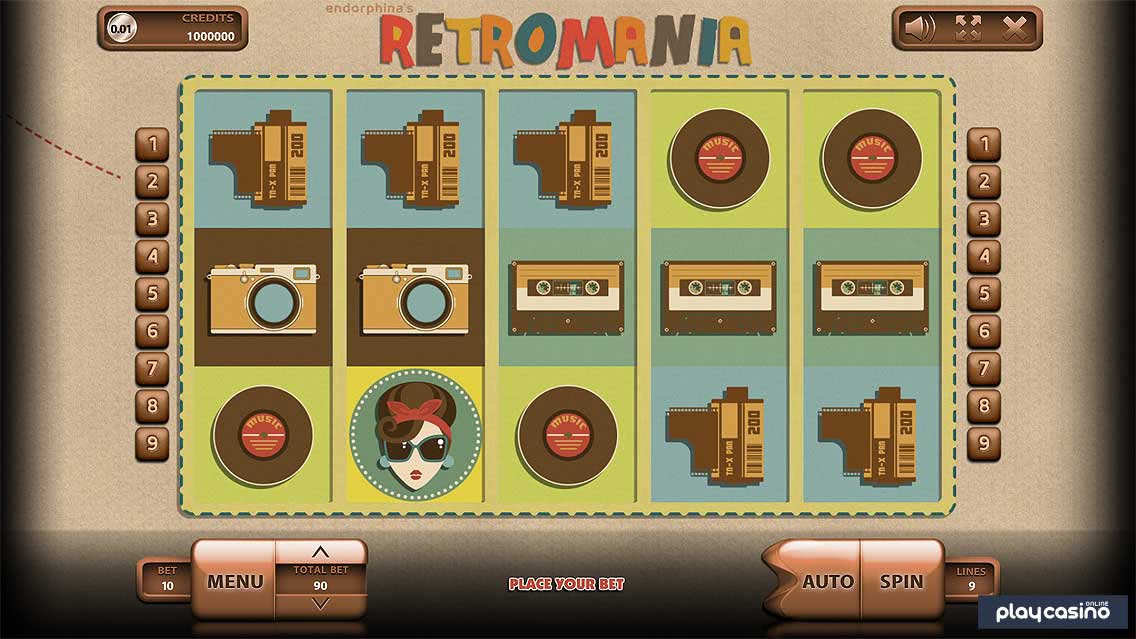 A different style of bonus feature is available in this game, and it looks a lot like an older style board game. However, you’ll actually see that it plays more in the style of roulette, and that gives it a much different approach than you’ll see with the bonus features in virtually any other slot out there.

You trigger the feature by getting three or more of the bonus star symbol anywhere on the screen. Three of them get you one attempt at the bonus, four gets you two attempts, and five will reward you with three attempts. The more attempts you get, the better your odds of winning. 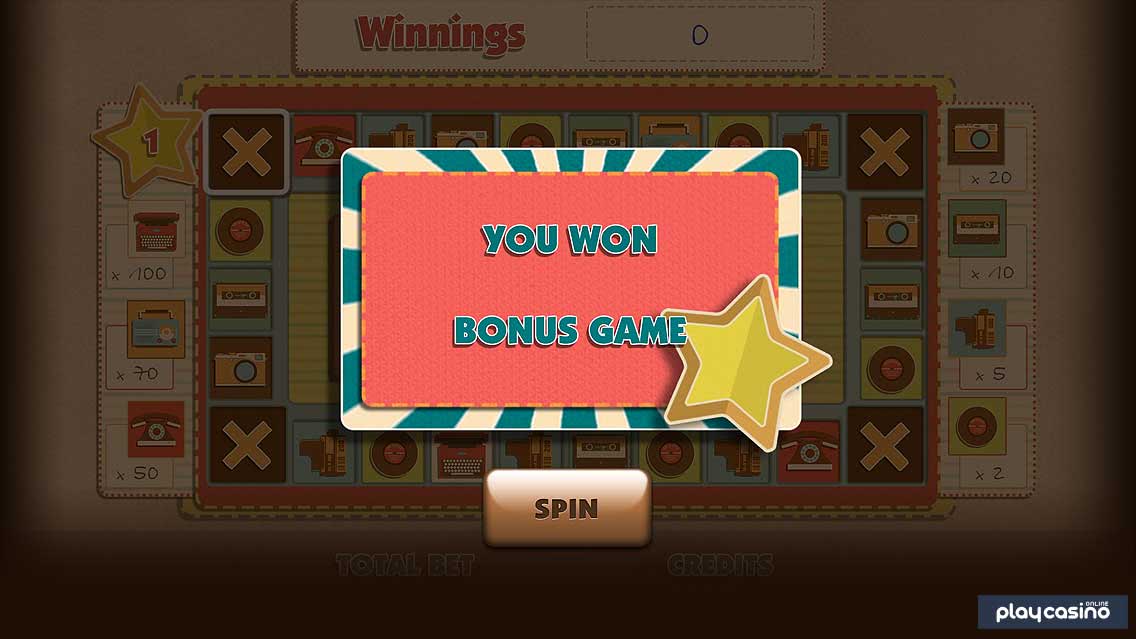 How the Bonus Roulette Game Works

There is a ring around the outside of the game board, and there are three reels in the center. The reels spin to give random symbols, and you’ll get a random choice of position on the outside track, much like a roulette wheel. If the roulette wheel positioning lands on the same symbol as one of the symbols on the bonus reels, then you get a payout based on that symbol. If it lands on an X, then you lose one of your attempts. 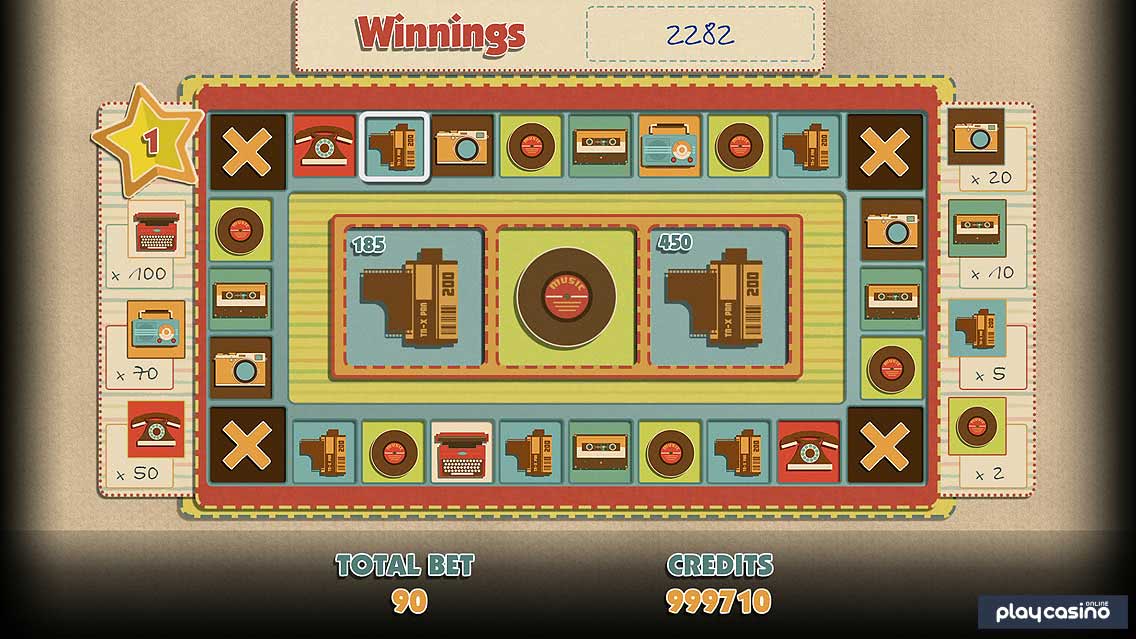 For the bonus feature, the typewriter is worth 100x, and the radio is worth 70x. You can get 50x for the telephone and 20x for the camera. The cassette tape pays 10x, and the roll of film gets you 5x. Finally, the record is worth 2x in this bonus feature. You get paid for each of the center reel symbols that matches up with the symbol chosen on the outside roulette track, making this a fairly unique bonus feature. 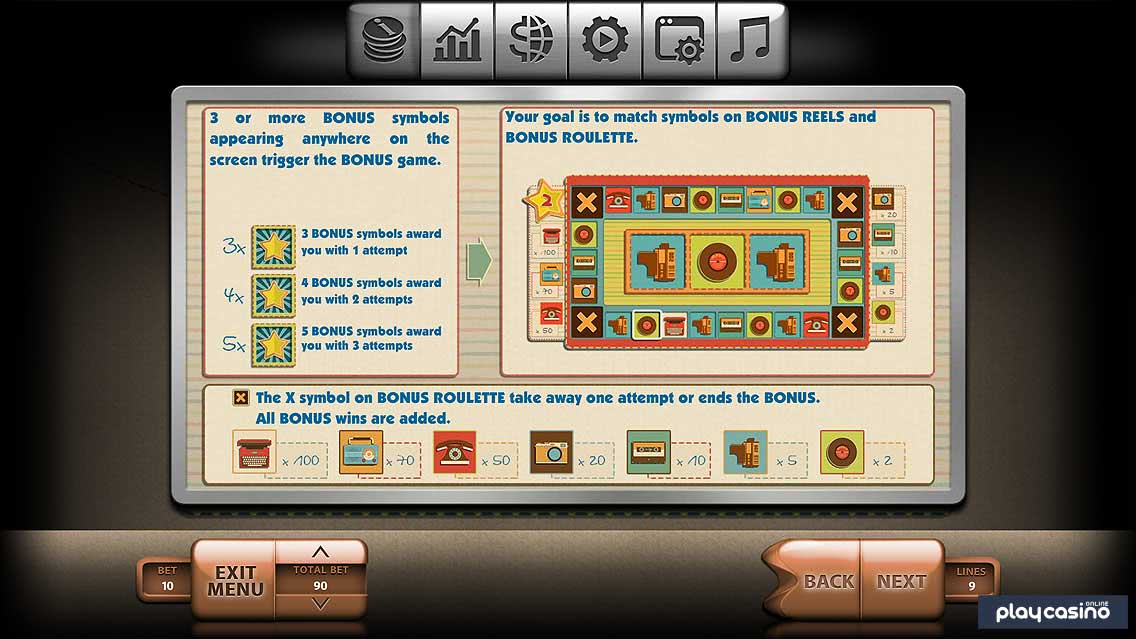 Only one character symbol can be found, and this is a woman with sunglasses and her hair up in a scarf in an older style. She substitutes for almost every symbol in the game with substitutions for the radio, telephone, camera, cassette tape, film and record. The only symbol she does not substitute for is the typewriter.

Five of a kind of the wild woman symbol is good enough to get you a 2,000x jackpot payout. Likewise, a 4x win is worth 500x if no better four-of-a-kind win is available, and a 3x win gets you 100x. Note that because this game pays in both directions, you’ll actually win 4,000x for this top jackpot. This goes for all of the five-of-a-kind payouts in the game as a whole since they effectively double in size. 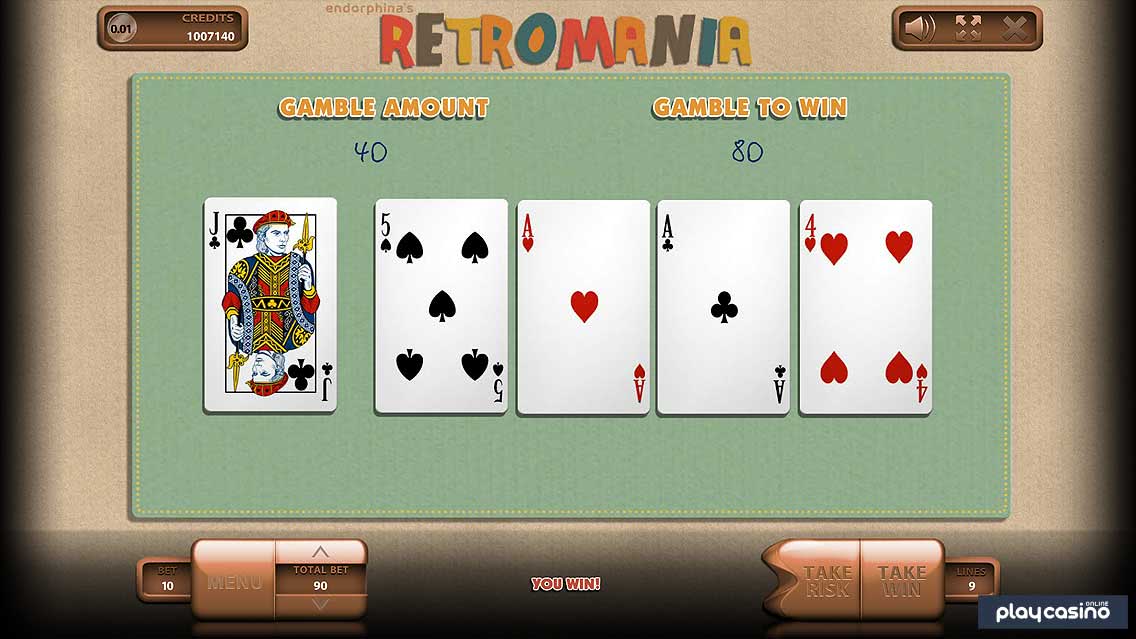 The typewriter is the best symbol in the game in terms of payouts. Five of a kind gives you a 5,000x win, but it’s paid in both directions, so it’s essentially a 10,000x payout. Four of a kind is worth 1,000x instead, which is still a sizable prize.

Five of the blue radio is worth a 500x win. You can also pick up 200x for five of a kind of the telephone. The wins drop off quite a bit from the typewriters and wild symbols, and this helps to show how the volatility is so high in this game.

Four symbols round out the pay table with smaller wins. Five of a kind of the camera will get you a 100x payout. Most people might not consider this an older item, but considering the vast majority of people use their smartphones and other devices to take pictures now, it makes complete sense from that perspective.

The Retromania slot is popular because of its atypical theme and chances to win very large payouts. However, one issue that the game has is that some of the five-of-a-kind payouts are extremely small, and that’s something you’ll have to look past if this is a game you want to enjoy. 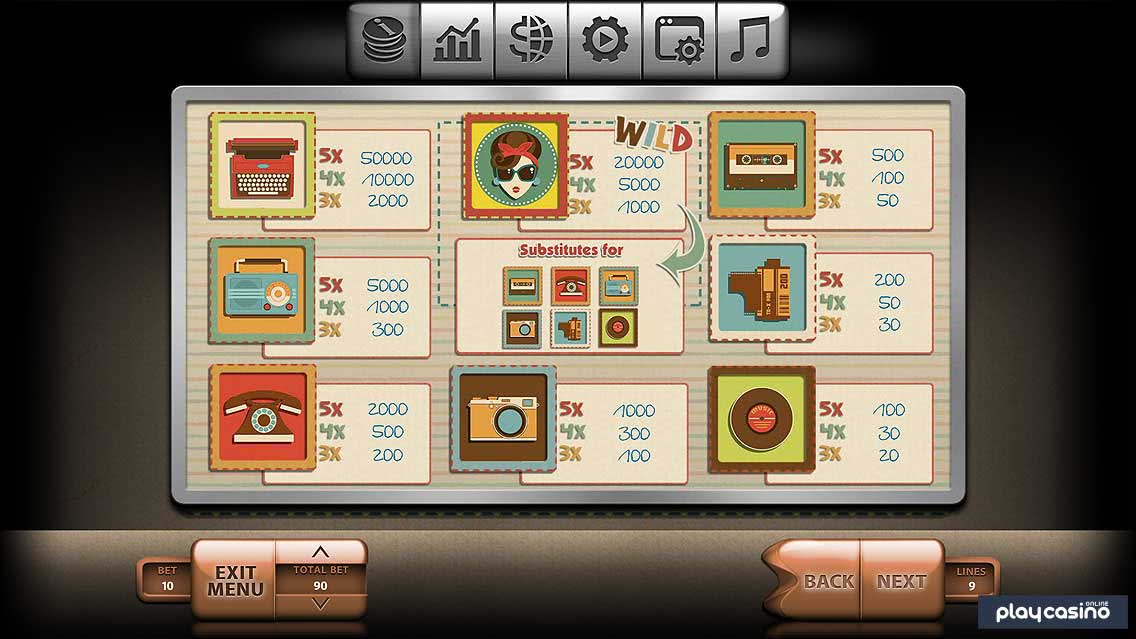 There is no denying that the Retromania video slot is a popular game in the Endorphina portfolio. With that having been said, it has to be understood that this game was built for a particular demographic of players who prefer high-volatility play. If you aren’t the type of player to enjoy that, then you will want to pick out a different Endorphina game to play from their catalog. That won’t be a problem because they have so many great games to pick from, but if you do like high-volatility gameplay, then this is one video slot that you could very easily find becoming one of your favorites.