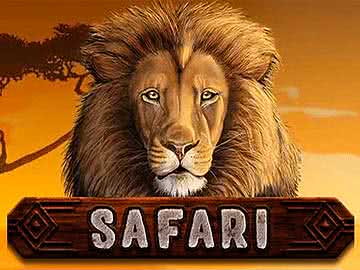 Endorphina is taking you on a wild ride with the Safari online slot. This game uses five reels and four rows with 50 paylines to give you chances at serious wins with free spins that give you stacked wilds for much easier multi-line payouts.

If you’ve ever wanted to go on an African safari, then Endorphina has a treat for you with the Safari video slot. With this title, you’ll see the African landscape in the background with animals running around and a sunset in the background. This game gives you a number of different animals to check out along with some other key symbols that would relate to going on this type of trip. The visual aesthetic is very pleasing for this slot, and they’ve created a mid-level volatility with a style of gameplay that balances value between the pay table and the bonus features.

Format and Layout of the Safari Slot

Something that many players don’t realize is how much of an effect the format of a game can have on the resulting gameplay. You’ll definitely feel it when you play this one because you’ll have a whooping 50 paylines that run across five reels and four rows of action. You can play at different increments of five paylines (down to just one if you prefer) by choosing the number on the left or right sides of the reels. However, your best choice is really to just leave it at 50 to max out the RTP percentage and choose other options to drop down your bet size if you want to wager less. 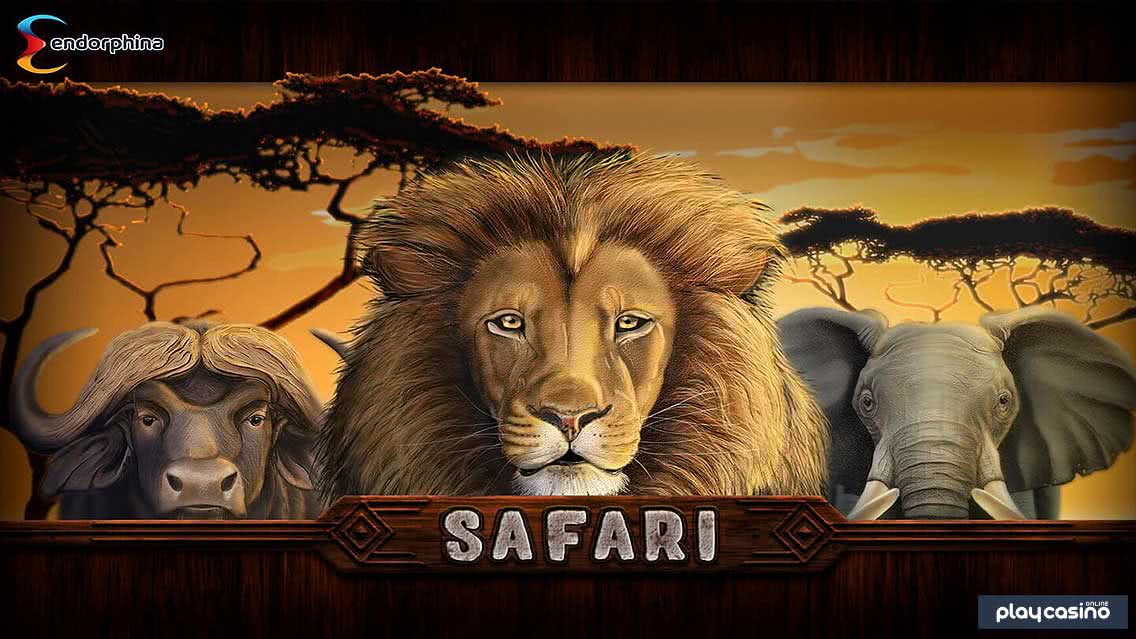 From that point, you really just have two ways to adjust the bet size, but they turn out to be plenty. The total overall range goes from $0.50 to $500, and it starts with coins that range from $0.01 to $1 each. You can also put up to ten coins on each payline to further customize how much you’re betting. It’s the standard system, but with such wide options for each of the two controls, it’s easy to really pick out a bet size that works well for you with all of the different increments available. 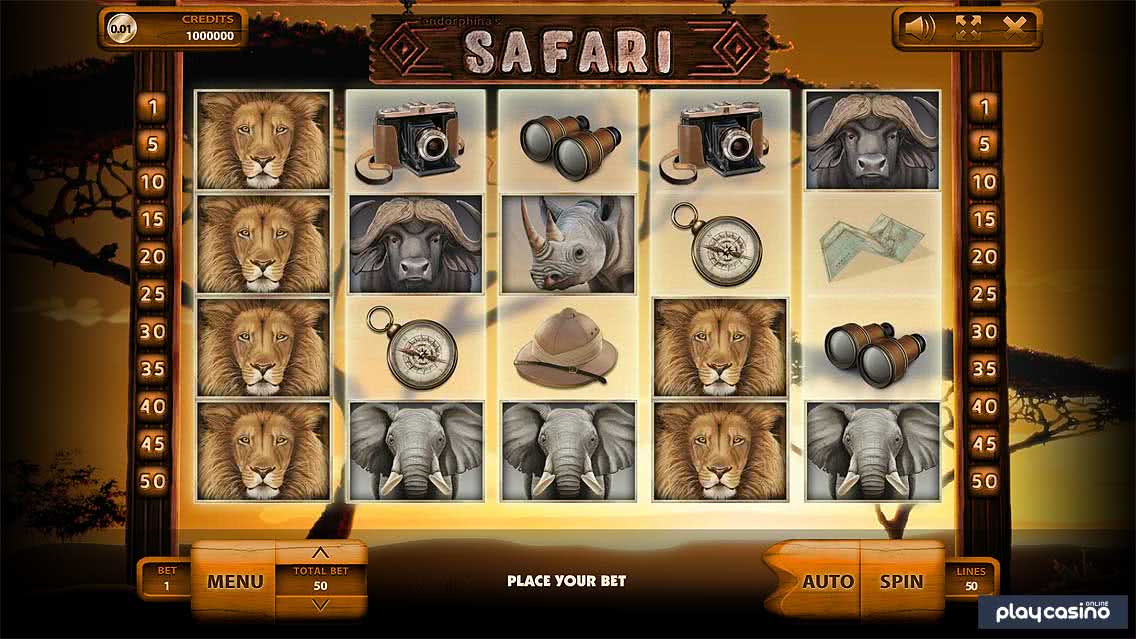 A Note on the Gamble Feature

If you take nothing else away from this review, you really need to pay attention to this if you plan on enjoying this game: You have to play the gamble feature in certain situations to avoid getting a penalty to your return to player percentage. The reason for this is that it doesn’t work how most of them do in the industry as a whole.

When you pick to take a risk after picking up a win, you are taken to a dealer card that has been turned upwards, and you get to try to pick a card to beat it. However, you’re not forced into making a pick in the Safari online slot. Instead, you can simply take your win and go back to the reels as usual.

What you need to do with this is take advantage of it by always playing if the dealer is showing a two, three, four or five. These are the cards where you’ll have an advantage against the dealer. If the dealer has a nine or above (including an ace), then take your win instead of playing the gamble round. For the six, seven or eight, there’s a 100 percent payout rate with no house advantage, so you’re free to play it either way.

Whenever you travel, it’s popular to send post cards with beautiful pictures and postage back to yourself or to friends and family. Endorphina has captured this idea in their Safari video slot with a wild post card symbol. It shows up on the second, third, fourth and fifth reels, and it can definitely help you to get lots of extra payouts. However, because no wilds show up on the initial reel, you will not be able to get winning combinations that only consist of wild symbols. With that having been said, the wild has a very important function in the main bonus feature as you will see below. 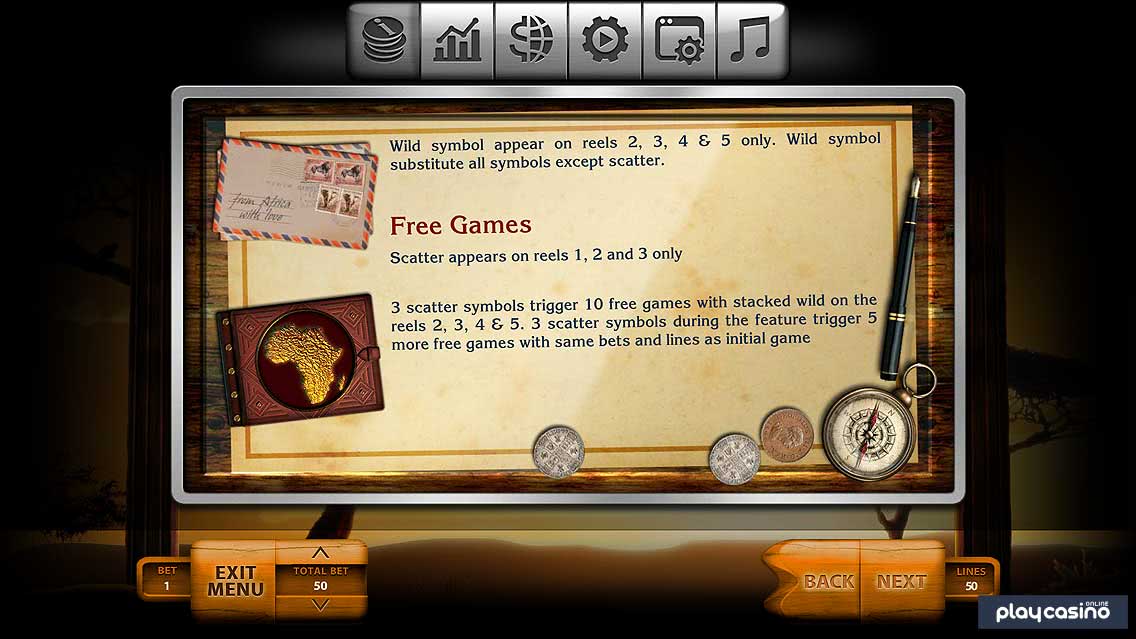 There is an emblem in the Safari online slot that uses a golden map of Africa, and it is the scattered bonus symbol for this game. It also gives you a strong payout if you get three on the board at the same time, and that prize is 200x. We want to point out that three is the most you can get of this symbol because it only makes an appearance on the first, second and third reels.

Picking up all three also gives you a set of free spins. You’ll be given 10 free spins initially with five more coming if you are able to pick up all three African map emblem symbols at the same time on the reels once again during the feature. While you play these free turns, the wild symbol gives you more value than usual by turning into an expanding wild. Any wild you get expands to cover the whole reel vertically, both up and down, so you get four wilds for the “price” of one. It’s not difficult to see how getting a few of these on the reels at once could lead to some pretty tremendous total pays thanks to getting lots of multi-line wins. 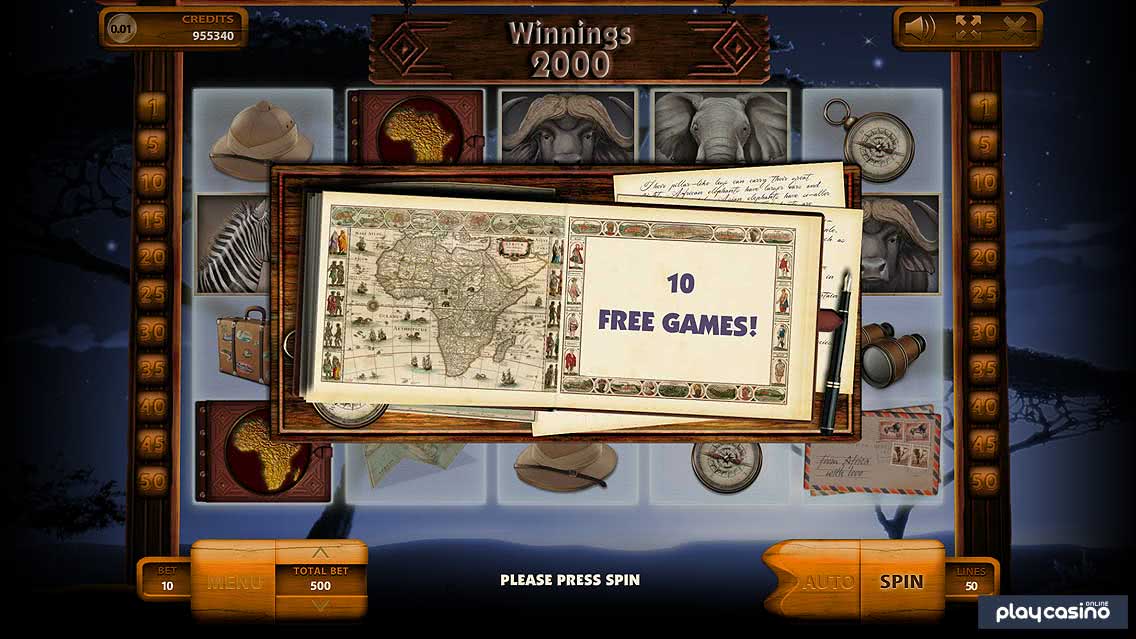 You can score 1,000x for five of a kind of the lion symbol in this game as the top pay. Prizes of 500x are yours for five of the elephant or ox as well. Moreover, you can win 400x for five of a kind wins of the rhino or zebra. The rhino and zebra are the only animal symbols that require at least three of a kind for a win, however. The lion, elephant and ox all give you payouts for just two on an activated line.

Six different non-animal items make up the lower end of the pay schedule. The helmet gets you a 400x win, and you can get the same for five of a kind of the old style of camera. Five of the compass earns you 200x, and you can win the same prize for five of the binoculars, the suitcase or the map. That the smallest five-of-a-kind wins in this game are 200x shows you that the wins are aimed a bit higher, and that contributes to the medium level of volatility. If this is a problem for you, you can simply lower your bet size a bit, and things will smooth themselves out quite a bit. 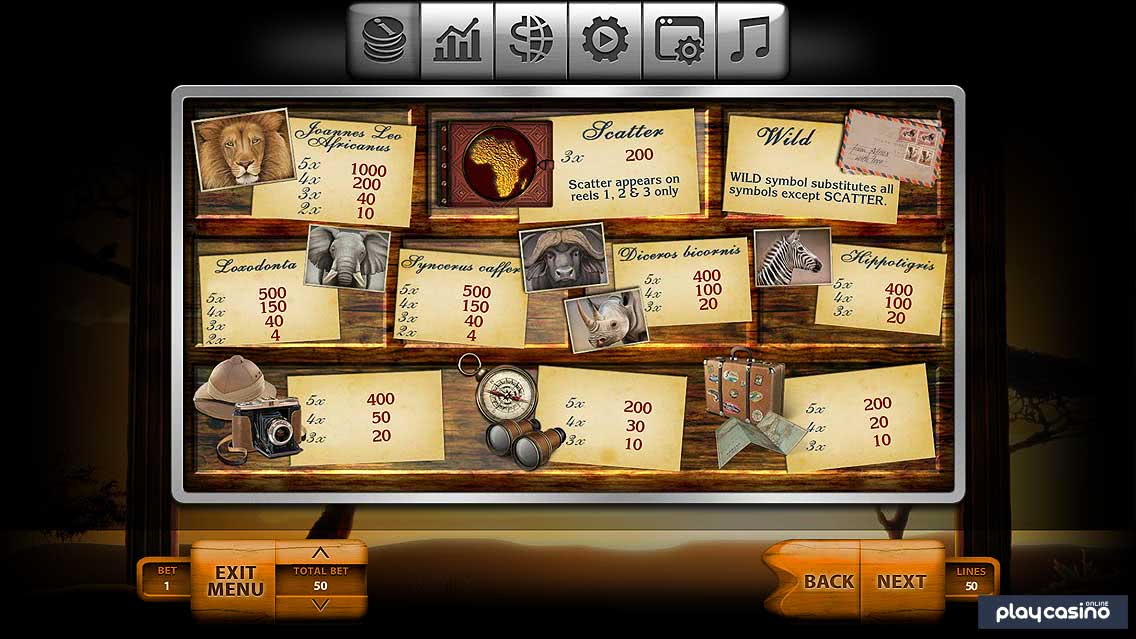 This is a great game from top to bottom, and it’s solid in every way. The Safari online slot by Endorphina combines every element that you could want in a game that holds its own in a sub-genre that’s a bit oversaturated with an animal motif. Overall, it has a good style of play, good features and strong graphics, so it’s hard to argue with its popularity.