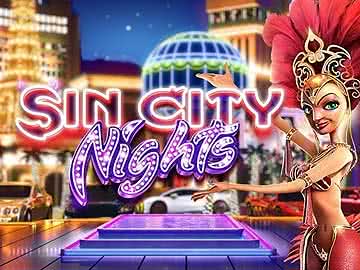 Sin City Nights is a video slot by BetSoft that offers bright and vibrant graphics based on the neon lights of Las Vegas. Gameplay is made extremely fast-paced with lots of opportunities to get paid several times on every spin and some good top-level jackpots waiting to be won.

The Sin City Nights video slot by BetSoft uses a Las Vegas casino theme complete with a 3D dancing showgirl and more. The whole idea is to bring you a bright and beautiful theme with lots of motifs from the older styles of slots while giving you all of the action of modern games in the genre. That’s exactly what you get here, and it’s not surprising that this title has become so popular because this is the type of mix that a lot of players love to get. With a medium volatility to go along with that, you also get a balance between a strong hit-rate and some formidable top individual payouts.

Format and Layout of the Sin City Nights Slot

The Sin City Nights online slot gives players five reels and three rows of standard action. You’ll have 25 paylines to play on, and betting is set up around changing the number of coins and the values of those coins. There is no way to change how many paylines you’re playing with, but you’ll have no problem picking out overall wager sizes that fit whatever it is you’re comfortable with betting. 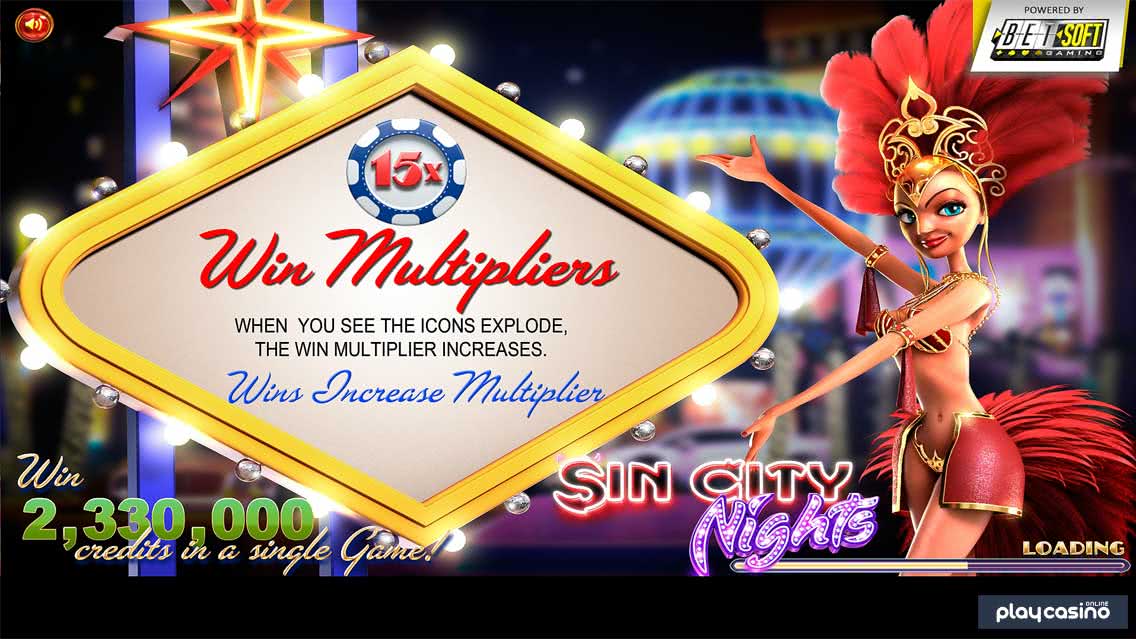 On the low end, you can bet $0.25 with one coin per payline and coins worth $0.01. On the upper end, however, you can set the game to put five coins on each payline with coins that are worth $1 apiece, and that gives you a total bet size of $125 per spin. This range of bets includes tons of increments in between, so you can narrow things down to the exact bet size you want pretty easily. 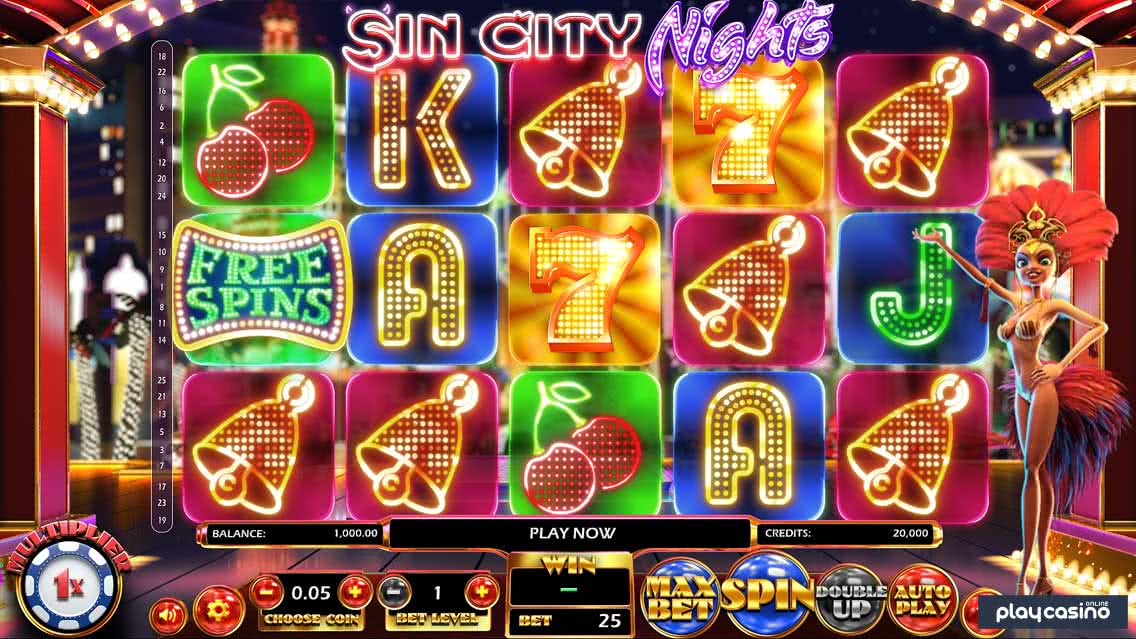 One of the key symbols you’ll really love to see in this title is the wild symbols. It will show up on the middle three reels only (second, third and fourth), and it’s there to make it easier for you to get wins and bonus features. This is because it doesn’t just substitute for the regular-paying symbols; it also substitutes for the free spins symbol that we’ll discuss below. While it doesn’t get payouts just for combinations of itself since it doesn’t appear on all reels, it is a particularly valuable symbol, especially since it substitutes for the bonus scatter. 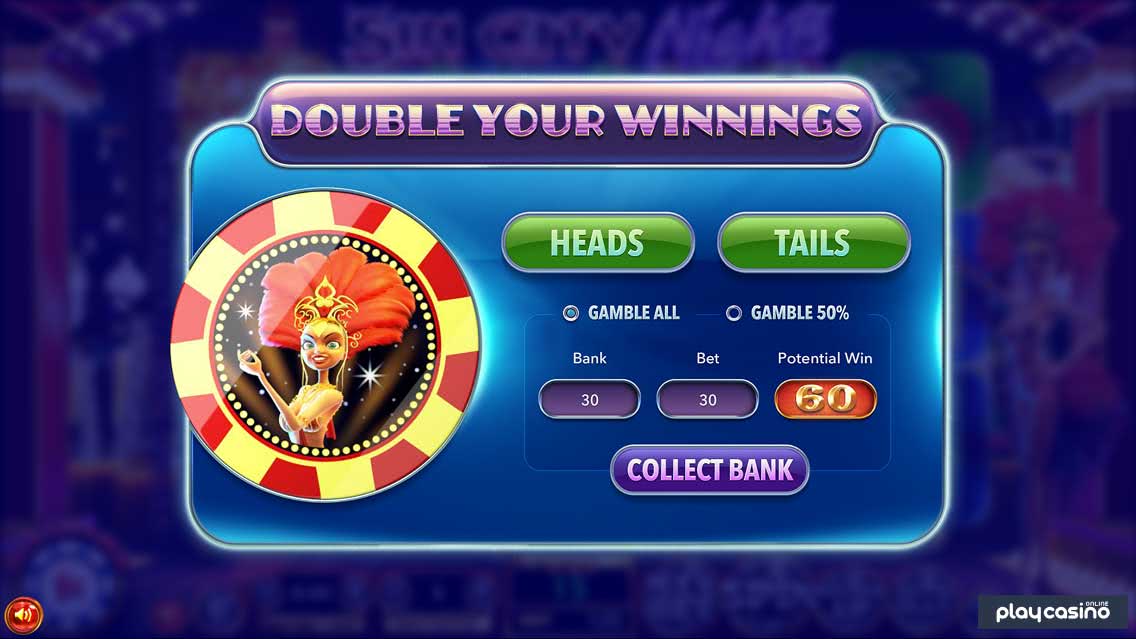 In the Sin City Nights online slot, when you get a winning combination, you’re given your payout, and then those symbols explode into a bunch of pieces. New symbols can then fall down into the places there were left behind, and you get another chance for more payouts. This can repeat indefinitely to give you several wins on the same spin, and that helps to keep the volatility down and the hit-rate up.

During this feature, you can get bigger payouts from the Win Multiplier Trails feature. On your initial spin, your multiplier is 1x. However, on the first run of the exploding icons, your multiplier bumps up to 2x. On subsequent symbol drops, it increases to 3x and 5x, and all of the drops after that on the same spin will pay out 5x as well. 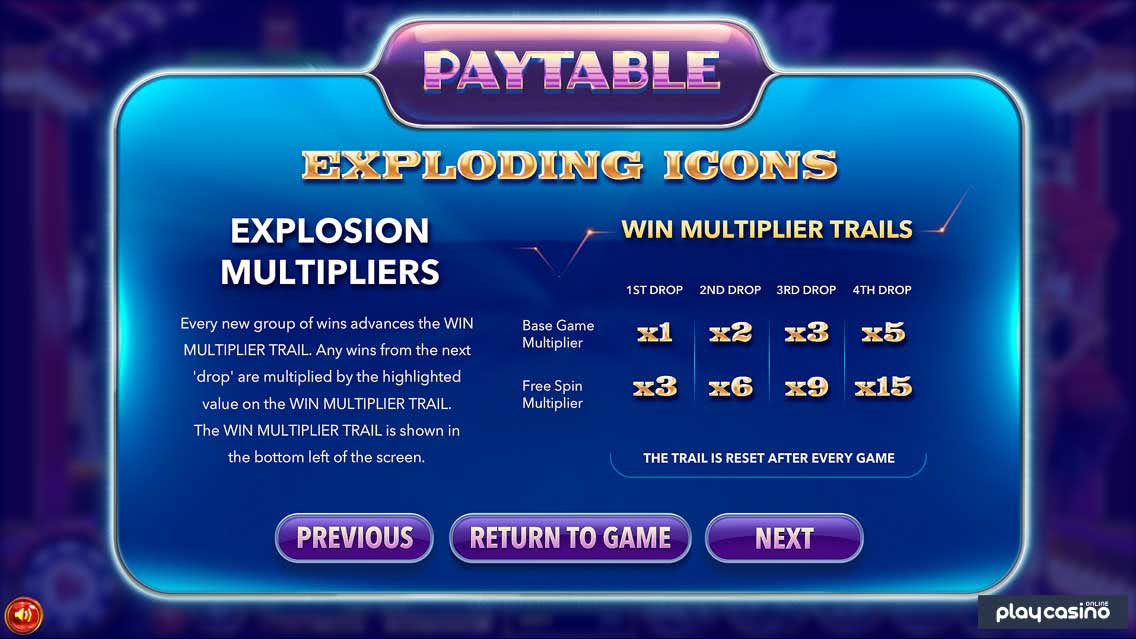 The free spins symbol gives you an opportunity to get a random number of free spins. As we mentioned earlier, the wild symbol substitutes for the free spins symbols as well, so you have an easier time getting into the feature. This symbol only appears on the first three reels (first, second and third), and they give you some extra value as well.

This extra value comes in the form of a 3x mulitplier on all of your wins. This stacks with the Win Multiplier Trails multipliers to give you total multipliers of 3x, 6x, 9x and 15x, respectively, on your consecutive drops. It’s easy to see how this could turn into some major payouts if you get some sizable winning combinations with such large multipliers. 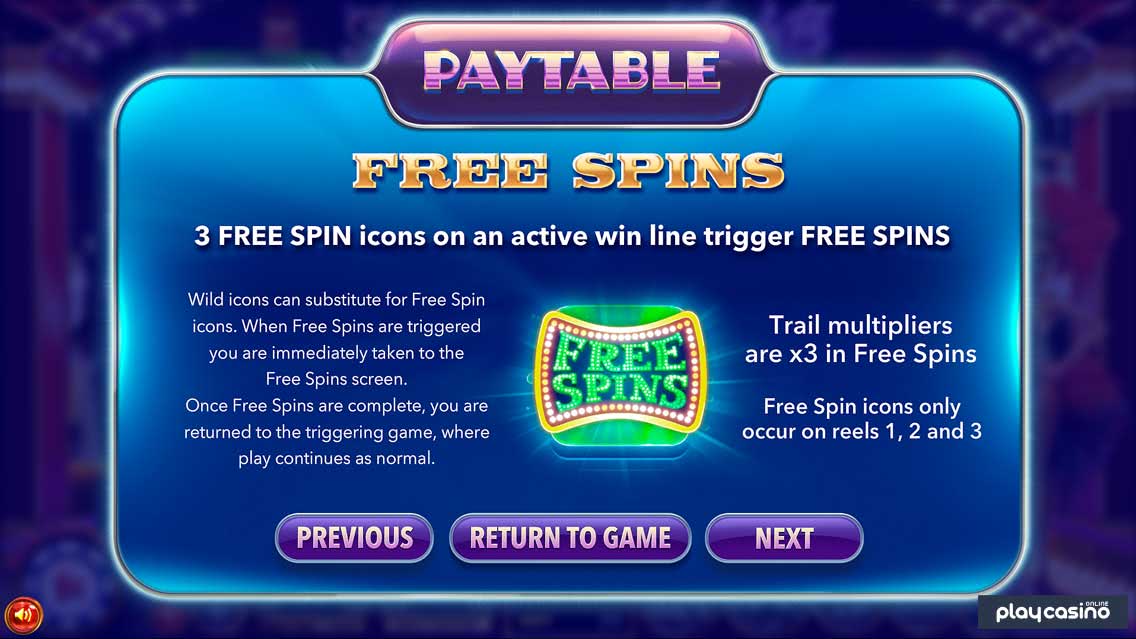 There are two different payouts in the four-figure range in the Sin City Nights online slot, and they could both be considered jackpots. The first comes from the golden lucky seven symbol. Five of this symbol earns 2,500x, and you can pick up 250x for four or 50x for three. Next up is the bell symbol, and it’s worth 1,000x for five of a kind. Wins of 100x and 20x can be yours for four of a kind or three of a kind, respectively. That leaves the cherry symbol, which gives you a pretty formidable payout of 500x when you get five on a payline, but you can also earn 50x for four or 15x when you get three on a line.

There are also four low-level symbols represented by card ranks. We want to point out that there are only seven paying symbol in this game, which would mean better chances of winning in any video slot. However, in this game in particular with the Exploding Icons Feature, it’s even more pronounced.

In any case, the yellow A symbol is worth 200x when you line up five of a kind. Five of the orange K earns a 100x payout, and a win of 75x for five of the purple Q is available as well. The lowest-paying symbol is the green J, and it gets you 50x for five. All four of these card rank symbols are in a classic Las Vegas font, and they’re lit up with neon lights like you’d expect from the marquee signs in front of the casinos and entertainment venues.

With the Sin City Nights video slot, what you’re getting is a level of excitement that matches up with a trip to Las Vegas. Something we really like about this title is that it uses a Las Vegas theme without trying to make every single little thing about the game tie into something to do with gambling. Instead, it uses simple throwback symbols like the card ranks, the lucky sevens, the cherries and the bell symbol, but they’re all presented within a Las Vegas-style presentation.

Along with that comes great gameplay. This is largely achieved through a top-heavy pay table with jackpots as high as 2,500x along with a feature set that brings a ton of excitement. Between the Exploding Wins with multipliers and the multipliers from the free spins, this game tries to bring all of the excitement of the Sin City.