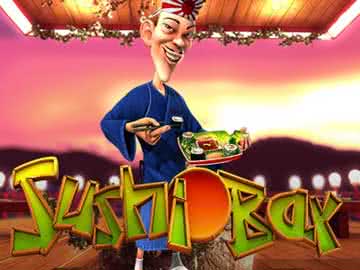 The Sushi Bar online slot by BetSoft has beautiful food in great 3D graphics along with 25 paylines of action. There are wild multipliers in this game that can double the size of your payouts, and you can also earn a free spins mode that has its own multipliers as well.

The Slots3 line of games from BetSoft includes the Sushi Bar video slot, a title that’s all about enjoying yourself in front of some beautiful food. This game features several different types of sushi while still paying homage to traditional slot elements in a way that looks great and that offers tremendous gameplay. On the play style side of things, they’ve balanced some chances for some seriously good prizes with a reasonably high hit-rate, and the way they’ve went about this is very smart. It also puts things in place so that players who like all different kinds of games can get in on the action and really enjoy what’s going on in this title.

Format and Layout of the Sushi Bar Slot

This is a game that uses a fairly popular format with five reels, three horizontal rows of symbols and a maximum of 25 paylines. Like many games by BetSoft, there is an option at the bottom of the screen to change how many lines are active during your play, but this is somewhat of a trap option. Lowering it from the max of 25 hurts you in the long run by dropping down the RTP percentage, and that’s going to make it less likely for you to win during your sessions, so it’s a pretty big deal. 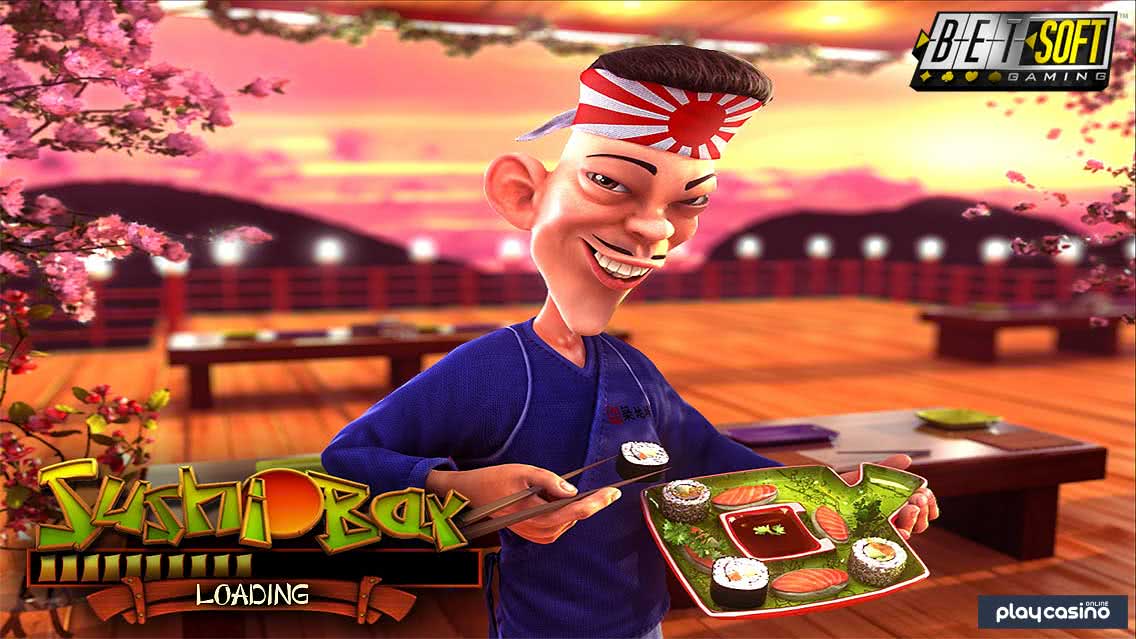 Instead of doing that, keep the number of paylines at the maximum and adjust the coin sizes and the number of coins per spin. You can pick to bet up to five coins on each payline at a time, so the range there is 25 to 125 coins per spin. However, since you can adjust the coin sizes themselves as well, and they go from $0.01 to $1 apiece, the range of betting goes from the super-low $0.25 per spin up to the pretty high $125. It’s clear that no players are going to feel excluded from this game because of bet size issues. 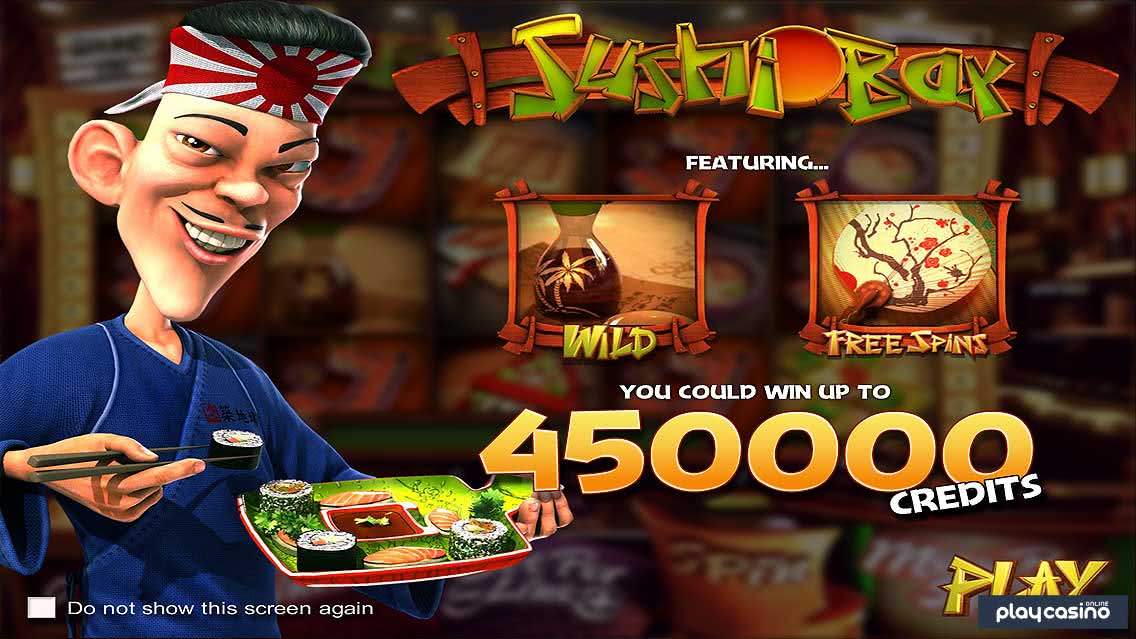 One of the things that you’ll always see all over at a sushi restaurant is soy sauce, and it’s naturally the wild symbol in the Sushi Bar online slot since it pretty much goes with everything. This wild symbol makes appearances all over the board, which makes sense, and that helps you to get extra winning combinations that you would have missed out on if it wouldn’t have shown up. With that having been said, there’s more to this wild than initially meets the eye.

The reason for that is that it also gives you a multiplier when it’s a part of any winning combination. Keep in mind that it does not substitute for the scattered free spins symbol, but it does substitute for everything else in the game. When it’s a part of any winning combo, it will double the size of the payout for that combination. This is particularly useful on the first two reels because of the number of symbols in this game that pay out for just two of a kind, but we’ll dive into that down below. 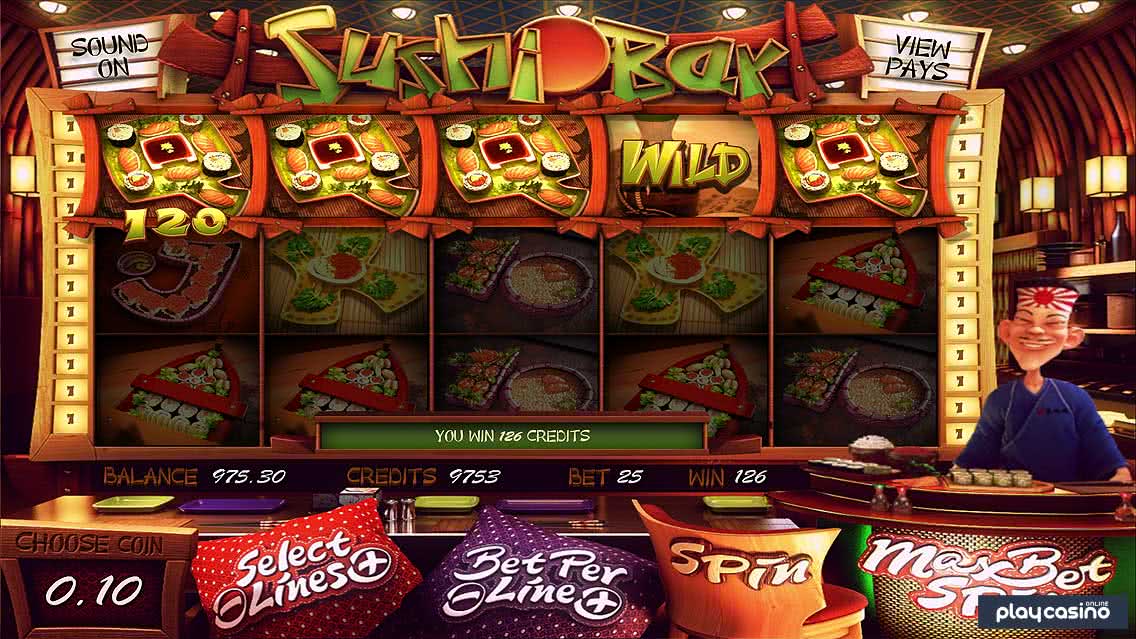 The main bonus feature for this game centers around a set of free spins, and it’s awarded by the fan with the cherry blossoms on it. This is another beautiful symbol in the Sushi Bar video slot, and it also appears on all five reels. If you’re able to get two of a kind of this symbol anywhere on the grid, then you’ll be awarded a 50x payout but no free spins.

During the free spins mode, all wins are multiplied by a factor of two. This will combine with the wild multiplier to give you potential multipliers of up to 4x total. This combination of multipliers allows for a fuller range of different sizes of winnings, which is pretty impressive considering how balanced the pay table is already without them. 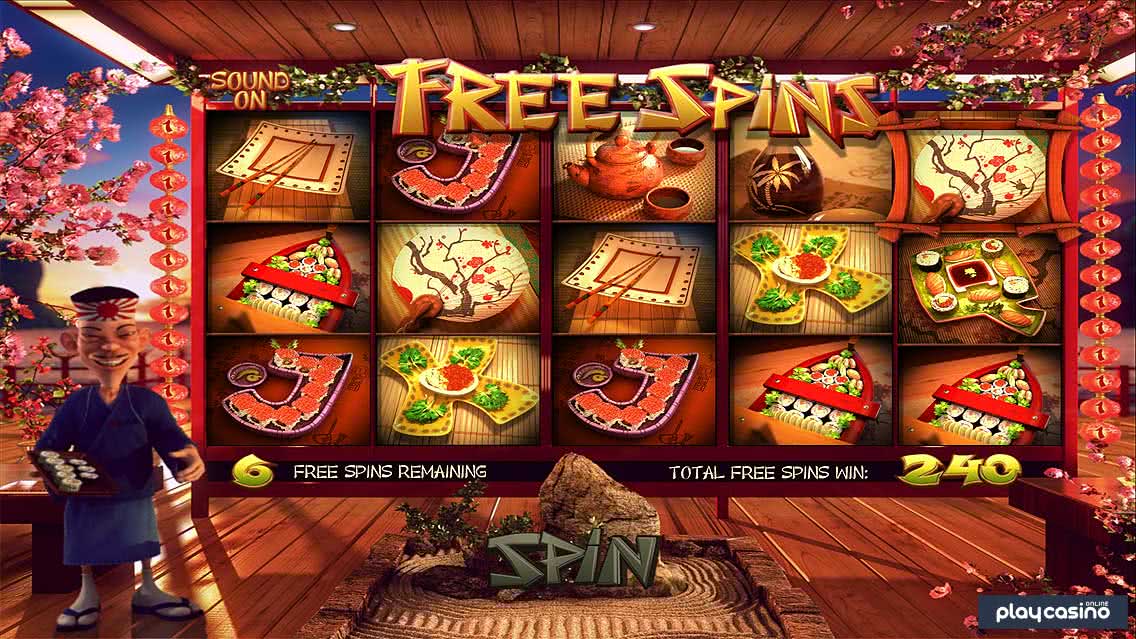 The pay table in this game is broken up into two main parts. There are eight symbols total in the Sushi Bar online slot, and the top four all have something important in common: They pay out for just two of a kind or more. This is why wild symbols on the first two reels are particularly valuable.

Five of the tea pot symbol earns a solid 1,000x payout. This can double to 2,000x with a wild multiplier or double again to 4,000x in the free spins mode with a wild multiplier to give the largest individual win avialable in the whole slot. The knives symbol pays out 500x for five on an activated payline, and you can also earn 200x for five of a kind of the plate with the chop sticks.

The first of the card rank symbols is the red A symbol, which is arranged as a sushi dish and is probably the best-looking card rank symbol we’ve ever seen. It awards you 100x for five. 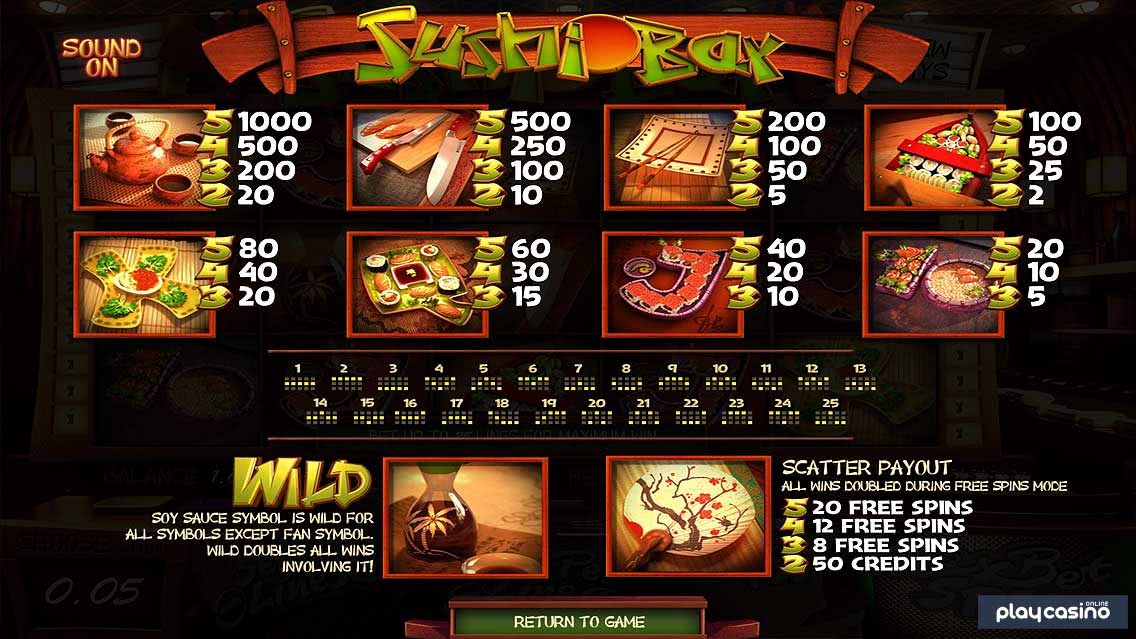 Four other card symbol sushi dishes are found in this game. They have different color schemes, but they’re all beautiful symbols as a whole. They all also pay for three of a kind or more.

The Sushi Bar video slot has a bit of a following because it combines a few things that players love. It has a pretty low volatility, but it also has some pretty high top payouts. The hit-rate is high, and the swings are low, and that makes it an easy game to play for long or short sessions.

The graphics are also tremendous. What you’ll often find is that games with strong graphics sometimes suffer in the gameplay department, but this title doesn’t. A large part of that is the combination of the free spins mode with the wild multiplier, which come together in a way that complement each other in a very serious manner. Overall, this is the type of thing that players love to experience, and that’s why having the combination of strong graphics and tight gameplay is the basic formula to a title that gets as popular as this one is.