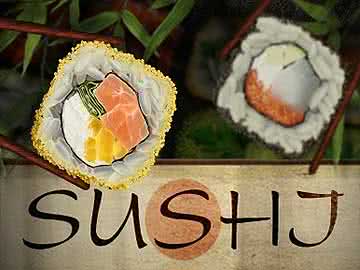 The Sushi online slot by Endorphina is one of their few food-based games, and it uses a Japanese theme with lots of different sushi dishes on a three-reel format with free spins, scatter symbols and other exciting features.

If you’re a fan of sushi, then you will very much enjoy the Sushi video slot produced by Endorphina. There are several different popular styles of this food available on the reels, and you’ll also find that the background and symbol setup themselves are geared towards the presentation of eating in a high-end Japanese restaurant. You can see that from the background with stone and bamboo, and you can also see it from the bamboo mat that the game symbols sit on that’s in the background of the reels. It’s clear that this game is extremely solid from a visual standpoint.

The gameplay is also great as well, especially since this is technically a classic slot. Don’t let that keep you from taking a look because it does not play like one at all. Instead, it’s all about a ton of action within the confines of a smaller amount of visual real estate than you would normally have.

Format and Layout of the Sushi Slot

The format of this game can be a little tricky to note whenever you first look at it because it almost looks like there are six reels because of how most of the symbols look. Several of them include two pieces of sushi side-by-side, and it can play a visual trick on you before you realize what’s going on.

In reality, there are three reels with three horizontal rows spread across them. Players will have a maximum of five paylines to play with in this game: Three of them run horizontally, and the other two run diagonally. You can change the number of paylines by clicking the numbers listed on the sides of the reels, but doing so drops your RTP percentage. This means the average return that you get from the game as a percentage of your bet size is lower, and that means lower chances of winning overall. 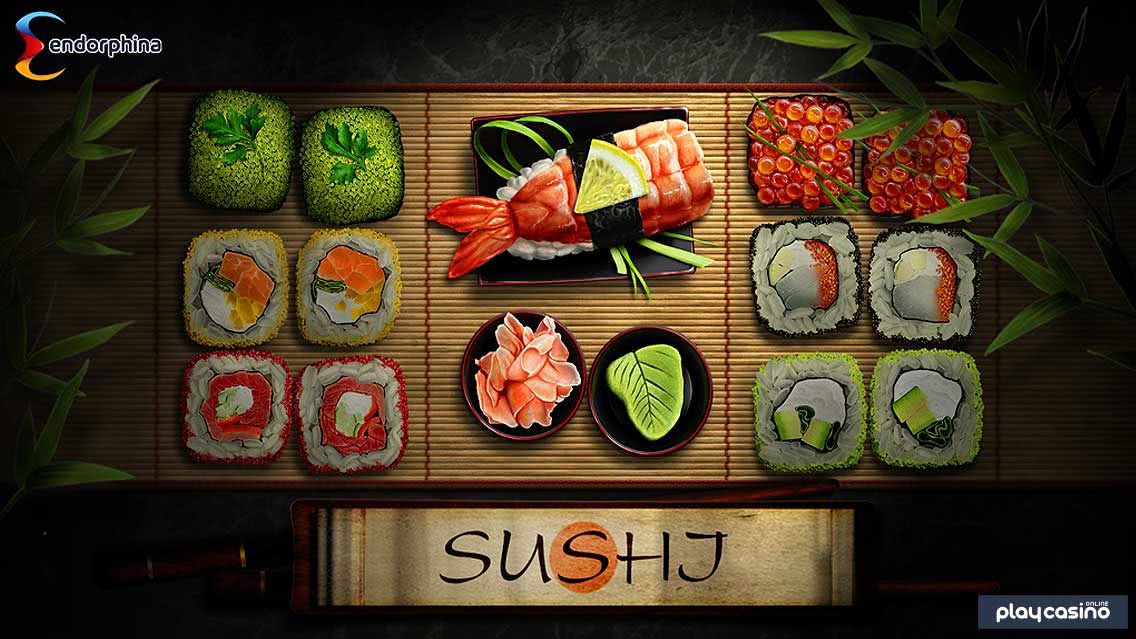 It’s better to keep this at the max of five and adjust your bet sizes in other ways. You can pick out sizes of coins that start from $0.01 at the lower end, and that gives you a minimum bet size of $0.05, which is well within the budget of any player. On top of that, you can pick up coins that go as high as $1, and with the ability to bet ten coins on each payline, the maximum bet size becomes $50. That covers the vast majority of high stakes fans, so you can see that this game’s betting controls are designed to give as many players as reasonably possible chances to get in on the action. 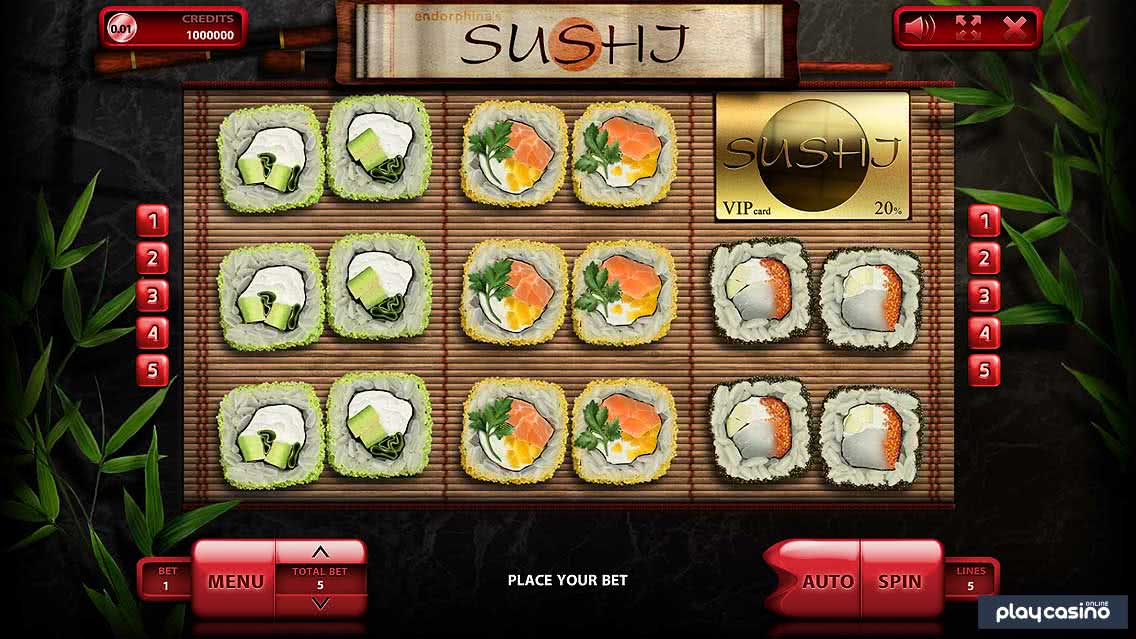 There is a golden card in the Sushi video slot that acts as a scatter symbol. It’s one of the two most important symbols that you’ll find in this game, and it’s a 20 percent discount VIP card for the fictional restaurant where this game is held. You can get a payout in this game by getting three of this symbol anywhere on the three reels, and that prize is worth 50x. What’s really interesting is to see a scatter in this game at all because the vast majority of classic-styled slot games do not have them because of the limited about of screen real estate.

Whenever you get three of that scatter anywhere on the grid, you’ll also be given a trip to the bonus feature. This feature comes in the form of free spins. Players are given 20 free spins to start, and during these free spins, you get some extra value in the form of a wild symbol on the reels. The top-paying regular symbol that consists of wasabi shoga (the only symbol that comes on a red plate), becomes a wild in this feature. A wild symbol in a winning combination means that you only had to line up two other symbols to score it, which makes it much easier to win. You also get a generous number of free turns for a bonus feature in a three-reel slot. 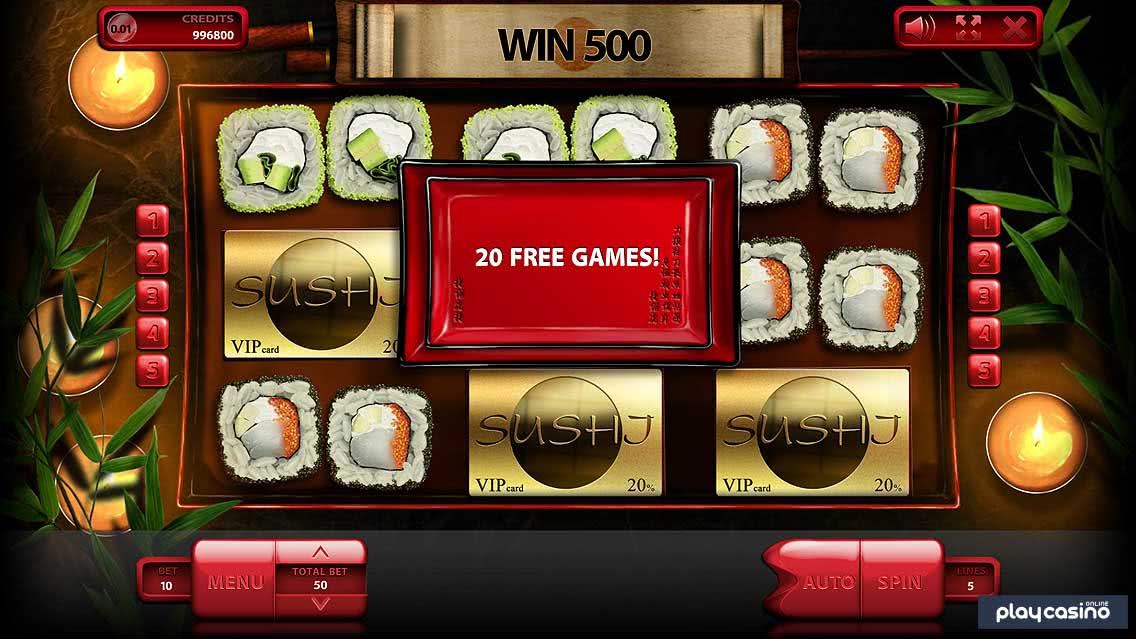 The Double Up Risk Game

Here’s a specific warning: The risk game in the Sushi online slot is more important than what you find in slots from other providers. You actually have to participate in it if you want the best payout rate available, and we’ll explain why.

After each win that you get in this game, you can choose the “take risk” button to be taken to a second screen with five cards. One of those cards is turned over, and there are four that you can choose from. If you pick a card that’s higher than the dealer’s card (the one that’s showing), then you double the value of your prize.

However, the trick here is that you aren’t obligated to choose just because you view the cards. You can still choose to simply collect your winnings. This puts you in a position where you can pick and choose which dealer cards you play the risk game against, and this is the key to the right strategy for handling this aspect of the game.

To get the best RTP possible, always play the game by picking one of the four cards at random whenever the dealer has a card that’s a five or lower. If it’s a nine or higher, you should always just take your win and go on to play the slot normally. For the six, seven or eight, it’s an even money proposition, so it doesn’t matter which option you take. 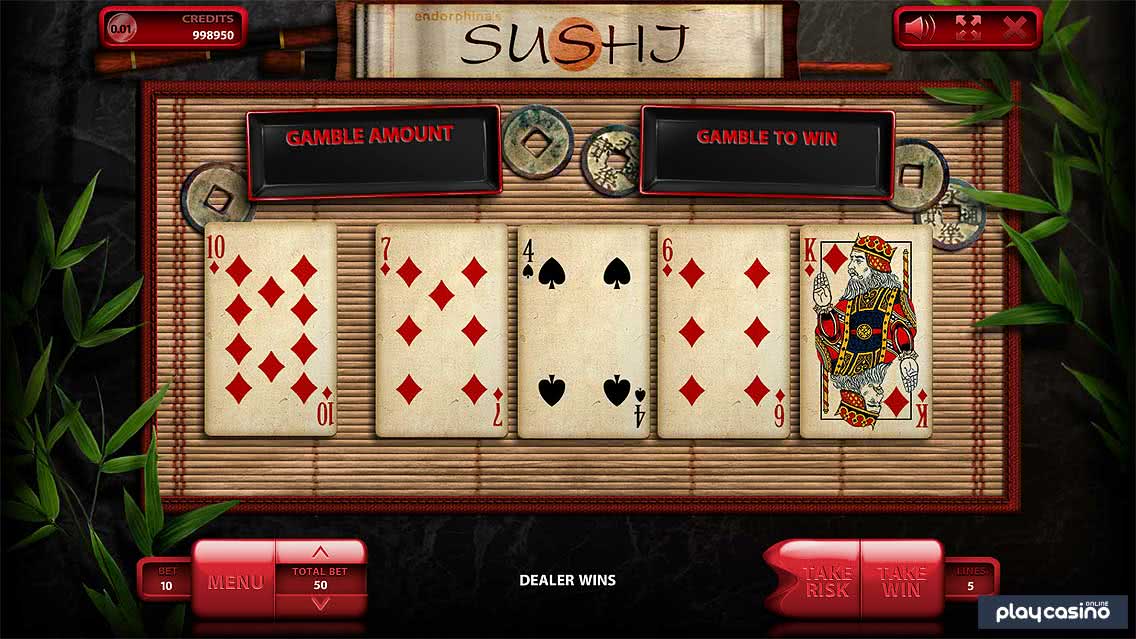 The Sushi Menu and Payouts

There is a sushi menu in this game that consists of six dishes. The wasabi shoga is the highest-paying one in the game, and it’s the only one served on red plates. Three of a kind pays a 500x top prize. The jkura gets you 250x for three of a kind, and it looks like small red balls with green leaves going through it. Tabiko shake pays out 100x for three on one of the paylines, and it has an orange look to the center of it with a yellow trim. Maguro tabiko has a red motif and a 20x payout for three, and three of the abokado tabiko pays 10x. This is easy to spot because it’s mostly light green. Finally, we have hotatekai tabiko, which is the only one with a black trim, and it gives you 5x for three. 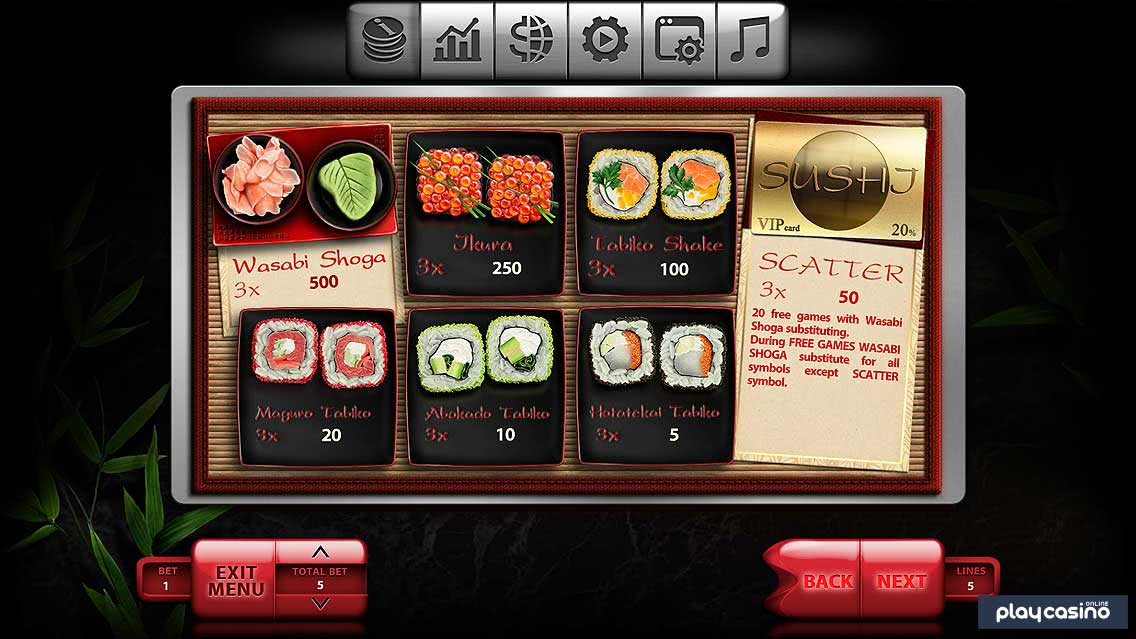 Endorphina’s work on the Sushi online slot is tremendous. They did such a great job with the aesthetic that comes along with this style of food that it might make you hungry to play this game for long. The gameplay is also surprisingly strong for a three-reel title. Even if you don’t care too much about sushi, you may find yourself being drawn to this game for its gameplay values alone.