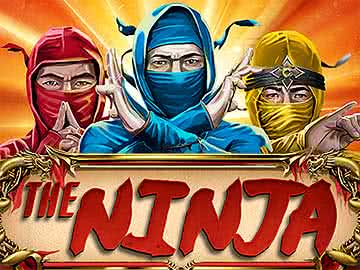 The Ninja slot by Endorphina is based around a theme of a group of ninjas in different colors. It’s a 20-payline game that uses a free spins mode with extra wilds added to the reels thanks to a wild accumulator feature.

There have always been different romantic viewpoints on the various types of warrior classes through history. Samurai, ninjas and knights of all types have been viewed with a lot of interest. The Ninja online slot by Endorphina captures all of the excitement of the concept within a theme and format that most players can enjoy. The graphics are solid enough with a variety of different types of ninjas on the reels, and you can see a foggy, Japanese village scene in the background. However, it’s the gameplay that really shines as the majority of this slot is centered around one particular feature that keeps you attached to what’s going on throughout the whole session.

Play The Ninja Slot for Free

Format and Layout of The Ninja Slot

This title has a pretty usual format over all. There are five reels, three rows and 20 paylines. Those paylines are static and cannot be changed at all. This is a good thing since you wouldn’t typically want to change the number of lines you were playing with anyway. As far as the betting is concerned, you can pick to play with between one and 10 coins per payline. The coins themselves range in value from $0.01 to $1 apiece. Along these lines, the minimum bet size is a very low $0.20, and high rollers of all stripes will be satisfied with the $200 max wager available with these controls as well. 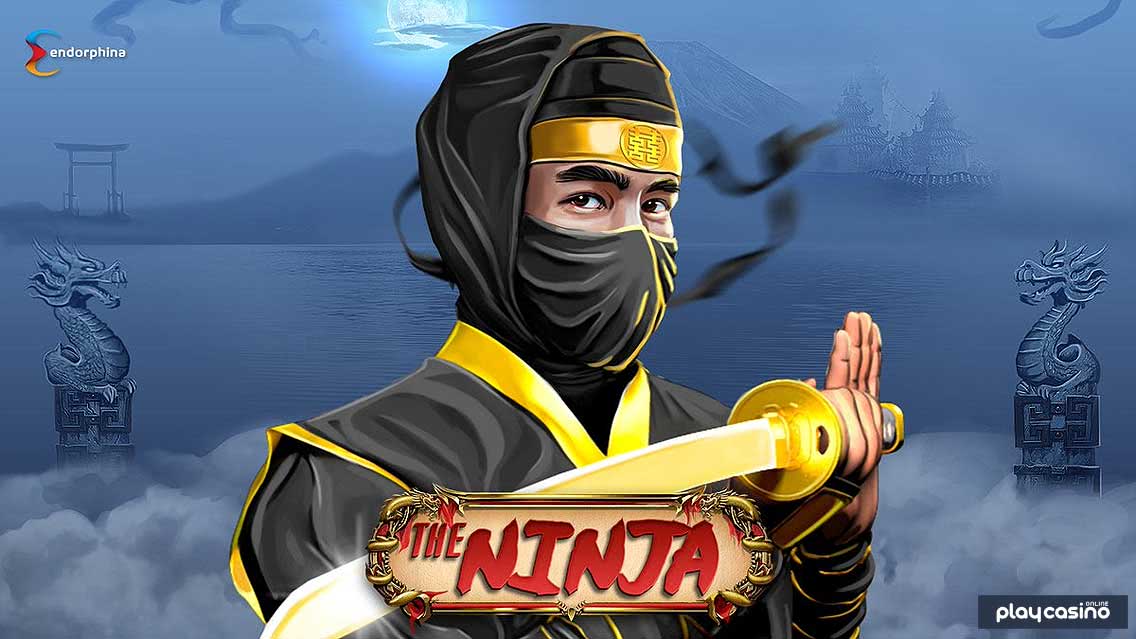 There are ninjas in a few different colors on the reels, but the one you’ll really want to look out for is the black ninja. This is a wild symbol, and it gives you opportunities to get other payouts that you would have missed without it. It’s also the key to the main bonus feature, and we’ll explain how it works down below. The Ninja video slot is really centered around this one symbol, and it’s easily the most important one in the entire game.

Observant players will notice something the very first time they launch this game: There is a counter at the bottom of the reels in the center. This counter is for the wild accumulator feature. The way this works is that you’ll add to the accumulator any time you get at least two wilds on the reels at the same time. Just getting one wild will not add to the accumulator, however. This accumulator doesn’t do anything important during the regular gameplay, but it’s a key part of the main bonus feature available in this game.

Because of the way the accumulator works, you will probably want to play longer sessions than average, and you may want to balance that out with smaller bet sizes than you normally use. We also want to point out that changing the size of your bet when you have a non-zero accumulator value is not recommended as it will scale that number disproportionately to the size of bet that you change it to, and you can lose value due to rounding in that process. Essentially, you’ll probably want to pick one bet size and stick to it when you play this game, so starting smaller is a good idea until you hit your first feature and clear out the accumulator in the process. 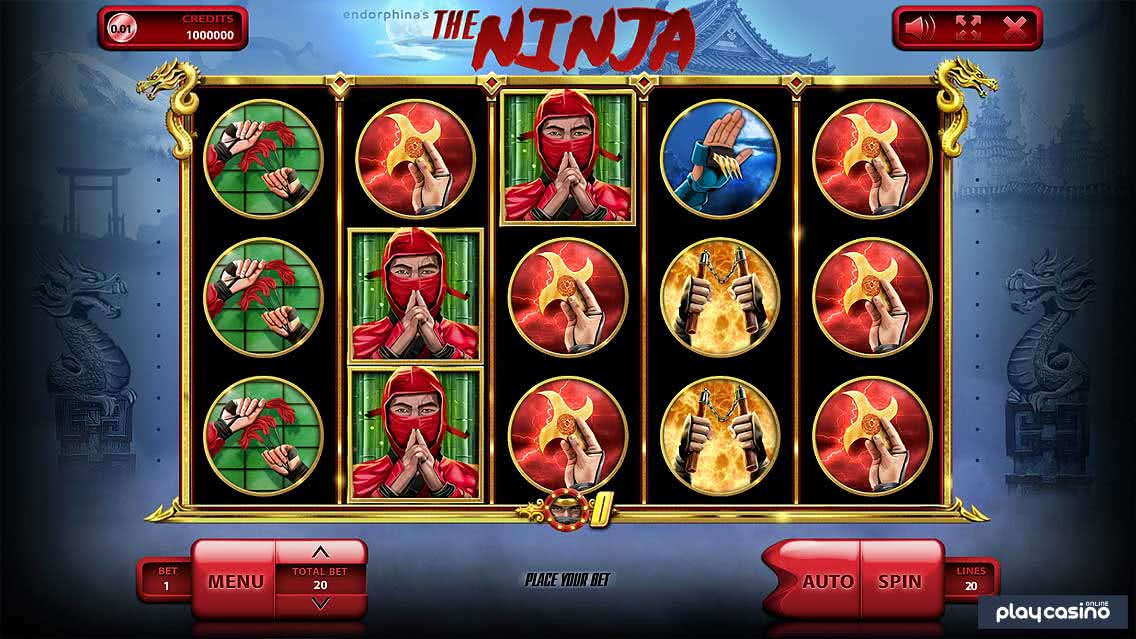 The Ninja online slot has a free spins bonus feature as well. This feature centers around a random wild feature as well to give you a ton of extra value in the form of much better chances for payouts than you’d normally have. However, the progression of this bonus round is a lot different than what most players have probably ever seen before, so it’s something you’ll want to pay close attention to so that you understand how it works. You need at least three wilds on the reels at once to trigger this feature.

To start things off, players will have the wild symbols that triggered the feature added to the accumulator, the payouts are given normally for the activating spin, and then the free spins begin. On each free spin, a ninja will jump onto the reels and add wild symbols to them. The number of extra wilds added to the reels will subject from the wild accumulator, and the free spins continue until the accumulator is reset back at zero. This is a pretty straightforward idea, but it’s a little tricky to understand and get used to until you see it in action yourself. 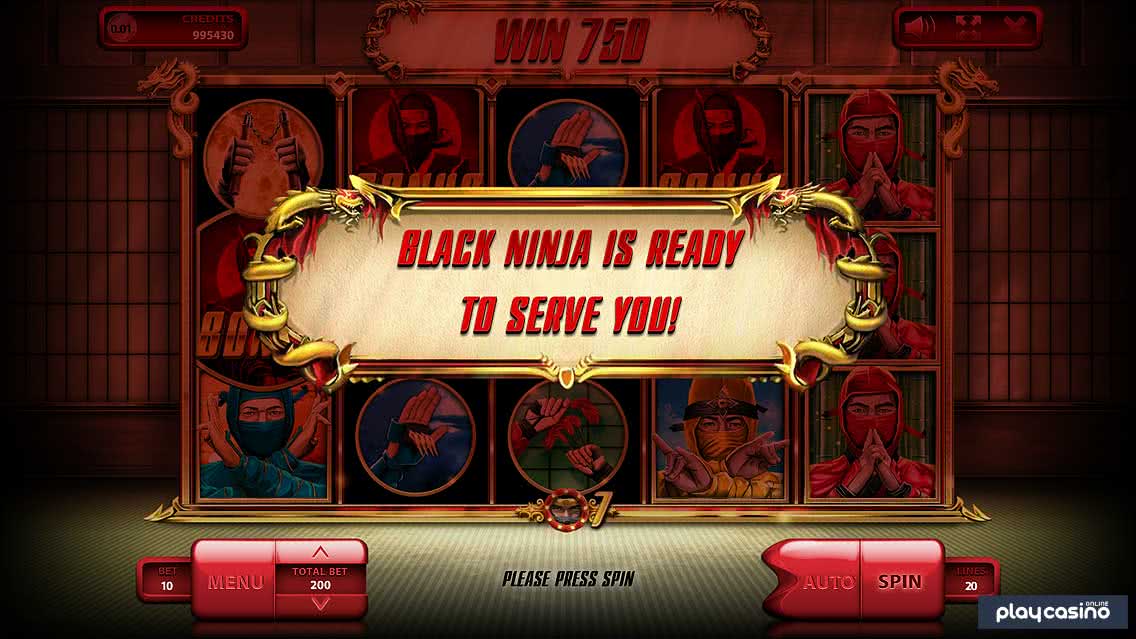 Overall, this game has four different ninja symbols. As we mentioned earlier, the black ninja does not have its own payouts because it acts as a wild symbol, interacts with the wild accumulator and acts as a scatter for the sake of triggering the free spins bonus feature.

The blue ninja, however, is the top-paying regular symbol in The Ninja online slot. It pays out a solid 1,000x top jackpot for five of a kind on a payline. You can also earn 100x for four of a kind or 20x for three of this blue ninja symbol. Next up are the red and yellow ninjas, each of which have the same pays. You’ll earn 500x for five of these or 60x for four. Three of a kind is worth 10x for these second-tier ninjas. 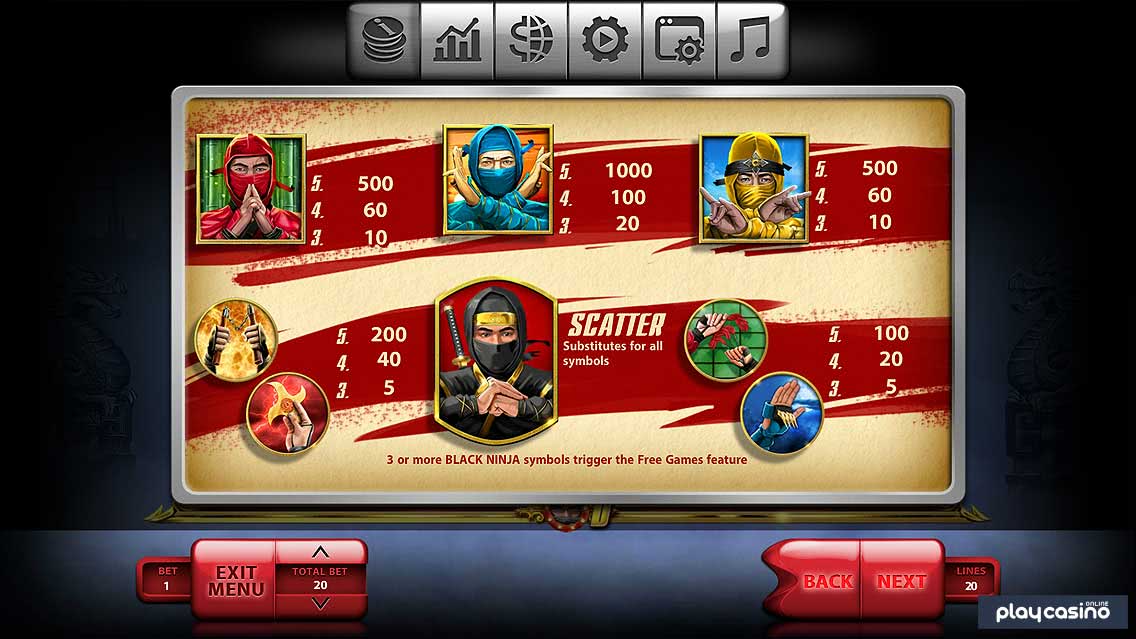 The bottom tier of symbols for this slot are based on different ninja weapons. These weapons come in two tiers to make it really easy to keep up with the payout levels. Five of a kind of the yellow nunchucks or red ninja stars will pay out 200x. The payout is 40x for four and 5x for three of a kind. For the blue claw and green throwing knives, the prize is 100x for a five-of-a-kind combination along with 20x for four. These symbols have the same 5x win for three of a kind as well.

It’s important for us to point out that there are only eight regular-paying symbols in this game, which is really on the low side. That’s a very good thing since it makes it easier to hit winning combinations, which increase the hit-rate of the game. 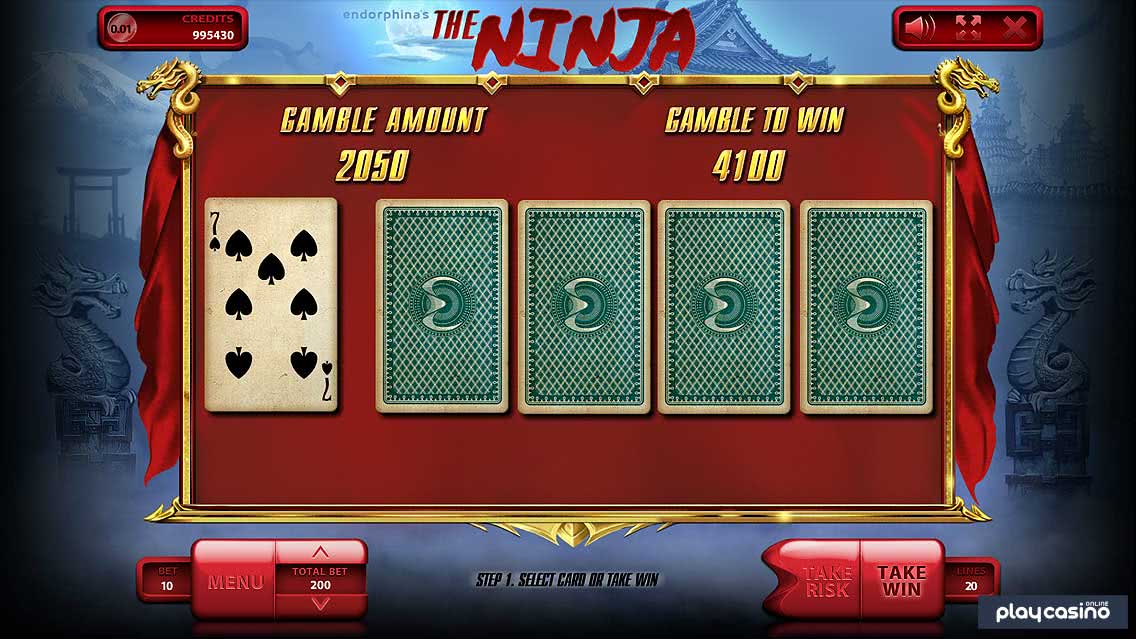 The Ninja video slot is a good example of Endorphina putting gameplay over graphics. While the graphics aren’t bad, this game is obviously centered around an idea for a feature that’s largely atypical in the industry as a whole. To this end, they did a great job, and the replay value that this feature gives is a big reason of why it has the following that it does.