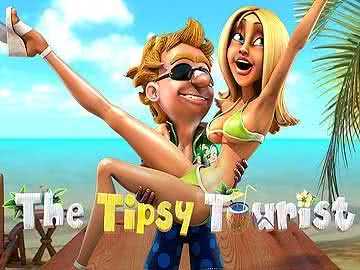 The Tipsy Tourist slot by BetSoft is all about a tourist taking a beach vacation, and it’s a fun and relaxing way to shoot for lots of sizable payouts and big features.

The Tipsy Tourist is a game produced by BetSoft that uses a theme that you probably won’t find in any other slot by any of their competitors. It centers around a tourist who shows up at the beach ready to drink a lot and enjoy the sun. The game uses 3D graphics from the Slots3 line, which is frequently cited as being the most graphically advanced line of slots in the online slots world as a whole. The gameplay is set up to have a low volatility and a high hit-rate as well, but the features drive home ways to get paid some pretty sizable prizes, which makes this a great game for relaxing while shooting for some nice wins.

Format and Layout of The Tipsy Tourist Slot

The most popular video slot layout in history is used in this game, so it’s obviously a solid foundation for the player’s experience. It uses five reels and three rows with a total of 20 paylines, and those paylines pay out from left to right only. Don’t let the fact that this is a usual format fool you because the gameplay is pretty rich.

Betting uses three controls. The first is for the number of paylines. Keep this at 20, or your RTP percentage will drop down, which means that you’ll get worse payouts on average than if you keep them at the maximum. The second is for the coin sizes, and that runs from $0.02 to $1 apiece. Finally, we have the number of coins per payline, and that ranges anywhere from one to five. The overall betting range goes from $0.40 per spin on the low end to $100 per turn on the high end. You’ll have no trouble finding a bet size that works for you while simultaneously keeping the payline count at 20 for the reasons we described above. 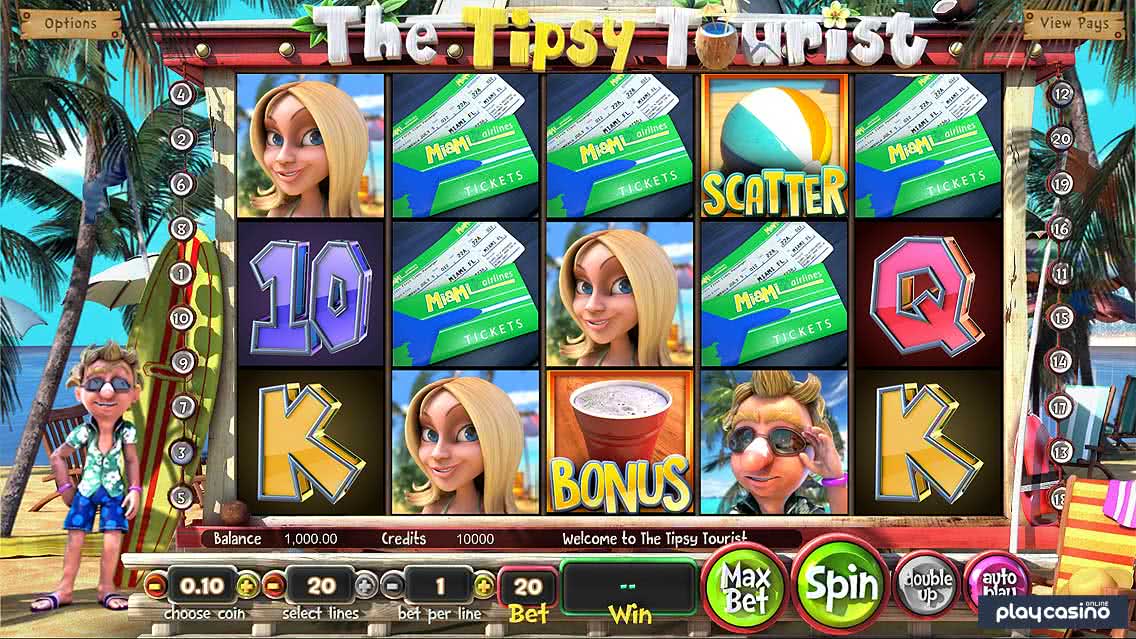 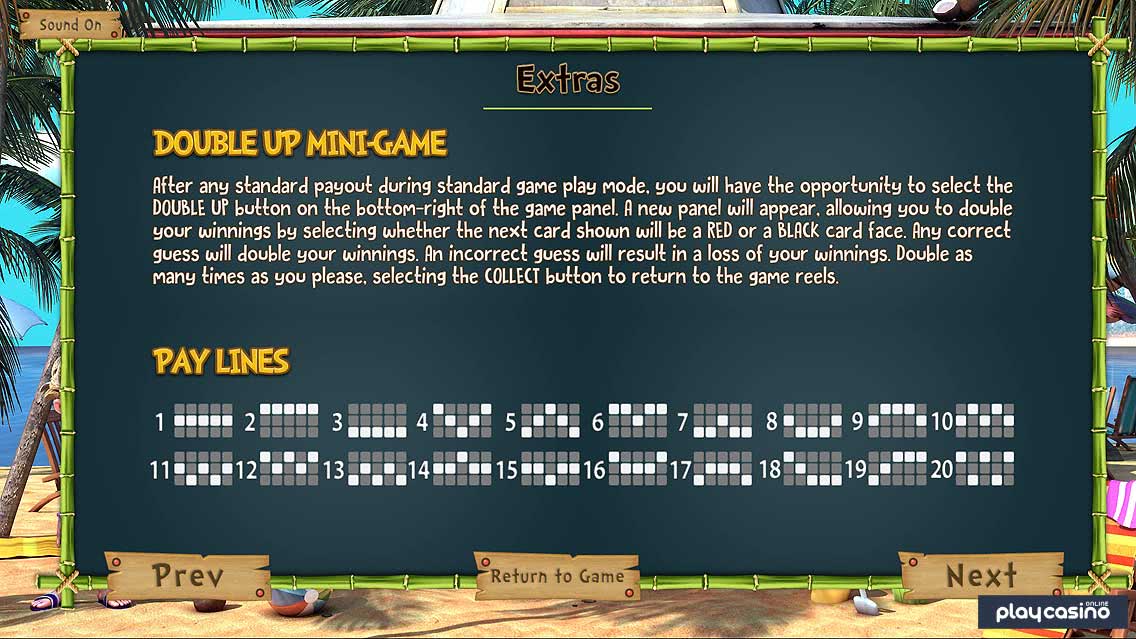 The wild symbol in The Tipsy Tourist video slot is the sign that says “Party Beach,” but it also says “wild” on it, so it’s pretty clear what it’s for. This shows up on the reels and does not get its own distinct payouts, which is common for BetSoft-powered games. This wild is pretty important in terms of getting you additional wins that you may not have otherwise received, but it also has some special value when you’re in the free spins bonus feature, which we’ll break down below. 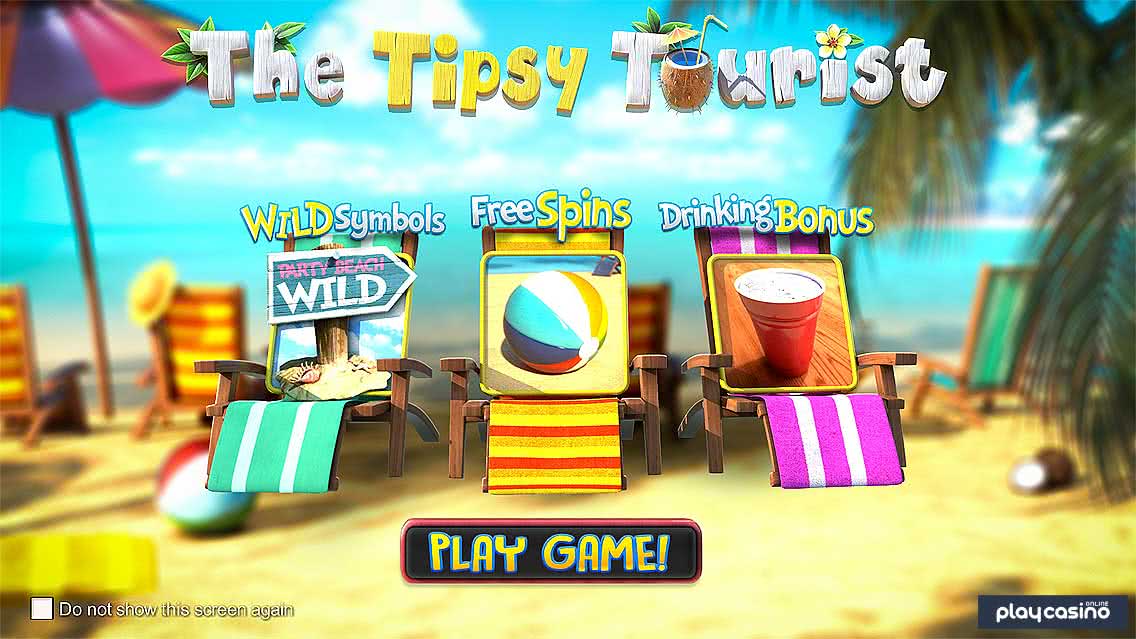 You can trigger a free spin bonus feature with the beach ball symbols. They are scattered, and they appear on the third, fourth and fifth reels only. When you get all three of them on the game board at the same time, then you get eight free spins. During these free spins, the wild symbols have an added feature. When one shows up, it will remain until the end of the feature as a sticky wild. Adding to the value of these sticky wilds is the fact that you can re-trigger the feature with three more beach ball symbols. 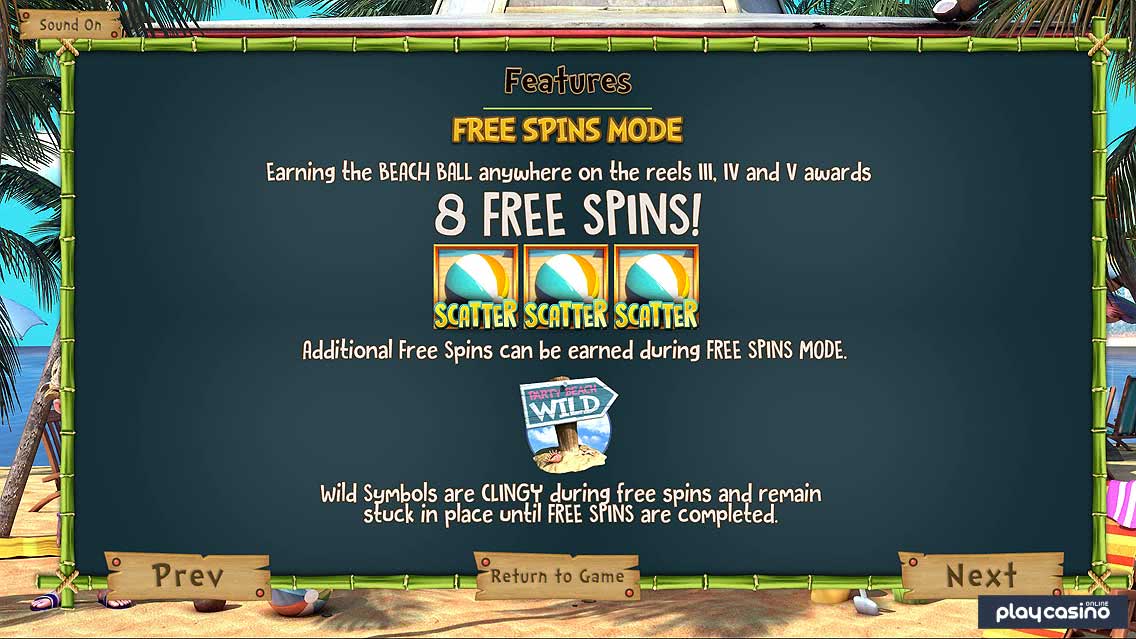 Another important symbol is the red cup filled with drink. It shows up on the first, second and third reels only, and it’s set up to launch The Tipsy Tourist video slot’s drinking bonus round. Get all three of these scatters on the reels at once, and you’ll be given a bonus feature that allows you to run up some pretty good winnings.

Here’s how it works. You are up against a virtual opponent, and you’ll have a coin flip. If you win the flip, you take a drink, and if you lose, your opponent takes a drink. The first to get three drinks wins, and the more drinks you get before the feature is over, the better the payout you’ll earn. This payout is based on a multiple of your total wager, so it scales appropriately no matter what bet size you have or what stakes you’re playing at. 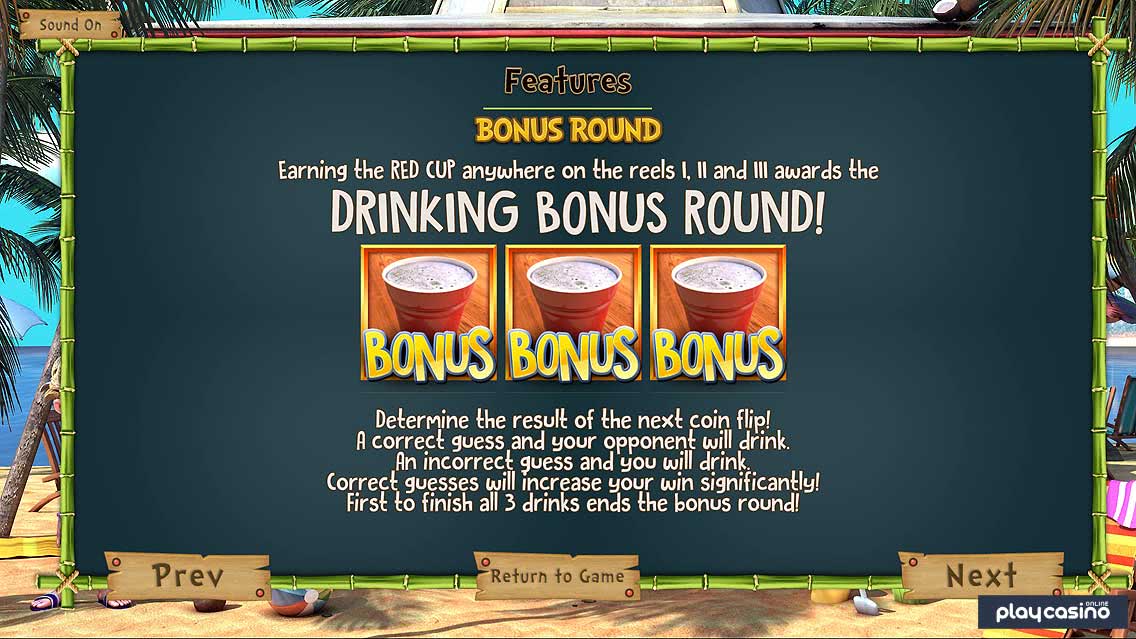 You’ll find that there are four symbols in The Tipsy Tourist online slot that make up the upper level of payouts. First off, you have the tourist himself. He appears on the reels with short, blond hair and sunglasses. This is the same guy that you see off to the left-hand side of the reels, and he’s worth 350x for five of a kind. His wins for four of a kind and three of a kind are 200x and 100x as well, and we point this out to show that the entire paytable starts with a balanced approach that doesn’t put as much weight on larger combinations as many other titles.

The blonde woman is the second-highest symbol, and she’ll get you 200x for five, 100x for four or 60x for three of a kind. Rounding out this level of prizes, you get the plane tickets and the seashells. Five of either of these symbols will give you a payout of 150x, but the four-of-a-kind and three-of-a-kind wins are different for these.

The remaining five symbols for the game are all card rank symbols. They’re done in a 3D version of the same font used for the title of the game, and they’re colored in a way that fits the theme without standing out like a sore thumb, which is more than we can say for the card rank symbols that are often found in many of the competition’s games.

The green A gets you 75x for five of a kind, which is the same as the prize for five of the yellow K symbol. The red Q is worth 50x when you get five on an activated payline. Finally, you have 25x prizes for five of the blue J or purple 10 symbols. These lowest pays are pretty small, which is one thing we have a problem with in video slots in general, but the pay table itself is very balanced with lots of small and medium wins available. 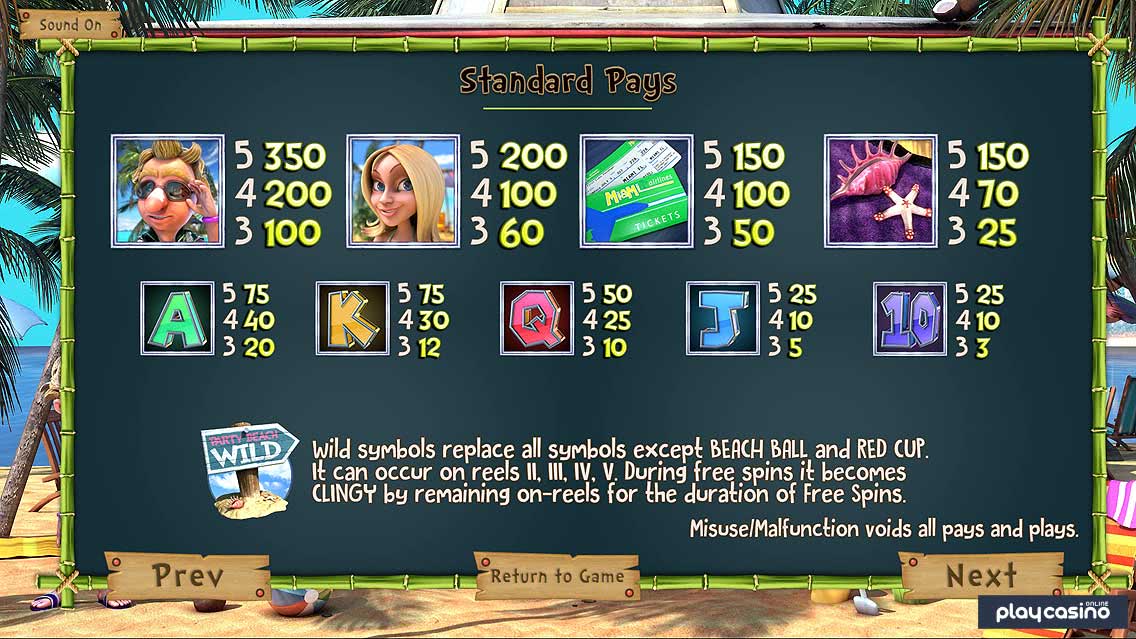 The Tipsy Tourist online slot is a great example of BetSoft taking what you might think is a boring or plain theme and turning it into a game that has a great feel and that gives players a solid experience. It’s geared towards players who prefer low-volatility play with a high hit-rate, so it won’t appeal to everyone, but it’s a popular part of their overall portfolio of awesome games.