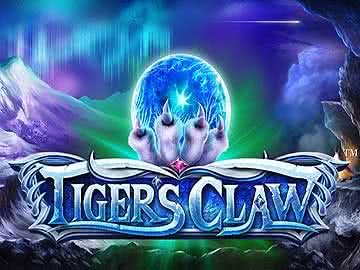 The Tiger’s Claw video slot by BetSoft uses 720 ways to win on each spin, and it pays in both directions. You can get a ton of free spins at once in this game along with instant wins that boost your balance immediately.

BetSoft knows how to combine great game concepts with strong features, beautiful graphics and a ton of action. They’ve proven this beyond the shadow of a doubt with a number of their titles, and the Tiger’s Claw online slot is one of those. This game has a shamanic Asian theme, and it looks excellent while being a bit different than other games that use an Asian type of motif. This happens in both style and concept, and players will get a tremendous experience that works really well for them along these lines.

Format and Layout of the Tiger’s Claw Slot

One of the things that players will notice right away when they check out this game is that it doesn’t have a standard format. Instead, its format is designed for a lot of action. There are five reels, and that’s normal enough, but the numbers of symbols on those reels varies. For example, there are three symbols on the first and last reels, four on the second and fourth and five on the center reel. This is an “all ways” game as well, meaning there are 720 ways to win on each spin, but that’s essentially doubled to 1,440 in practice because you can get paid in both directions. 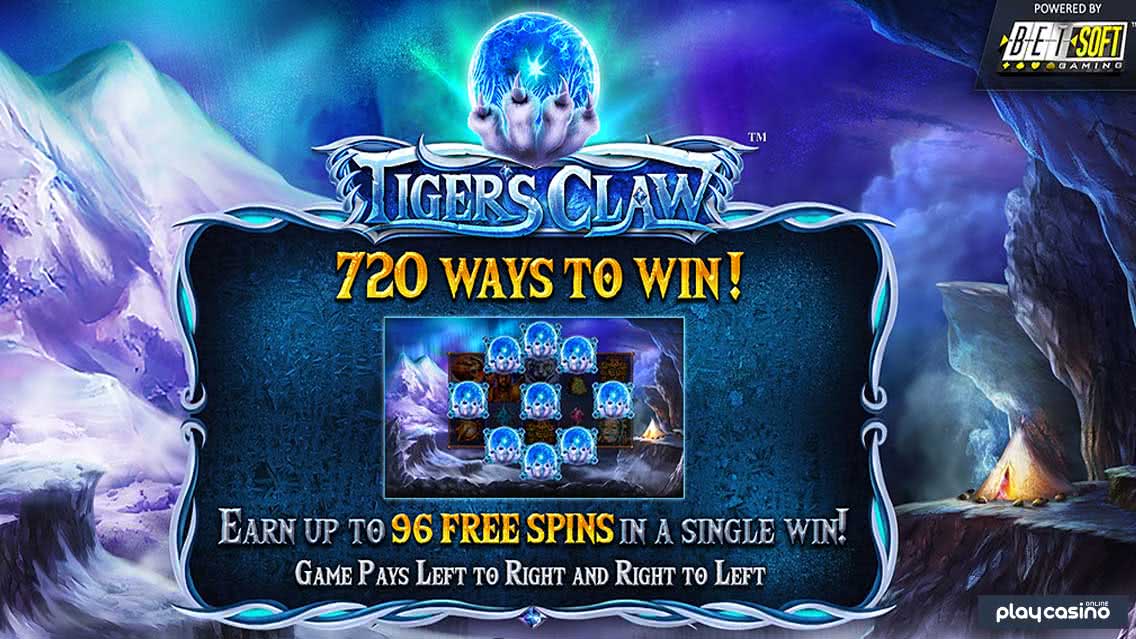 To keep the betting set on even numbers in a game with such an atypical structure, it uses 50 coins per turn as a standard wager. You can multiply this by a factor of up to five for as many as 250 coins being wagered at once, and the value of your coins can go from $0.01 to $1 each. The resulting minimum and maximum wagers are $0.50 and $250, respectively, along these lines, so players at both high and low stakes, along with everyone in between, will have bet sizes available that fit their bankrolls with no problems whatsoever.

We should point out that the volatility of this title is very much on the low side. As a result, you will probably feel comfortable playing with a bit larger wager than you might otherwise. The end result is that the swings can become more in the normal range while giving you better chances to win bigger payouts. 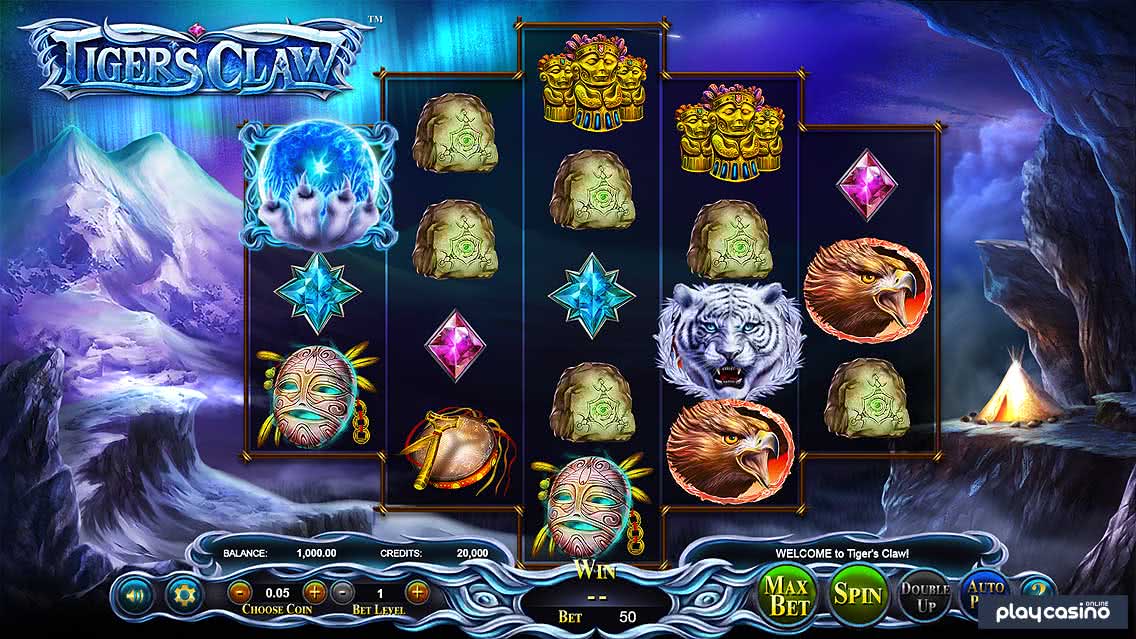 Because you will earn eight free spins for each combination of five, you can actually earn a maximum of 96 free spins at a time. You can even re-trigger this feature to add on new sets of free spins up to a maximum of 240 total free turns in one go. That’s a tremendous amount of value from these free spins, and it goes to show that they have added a ton of potential value with this feature. 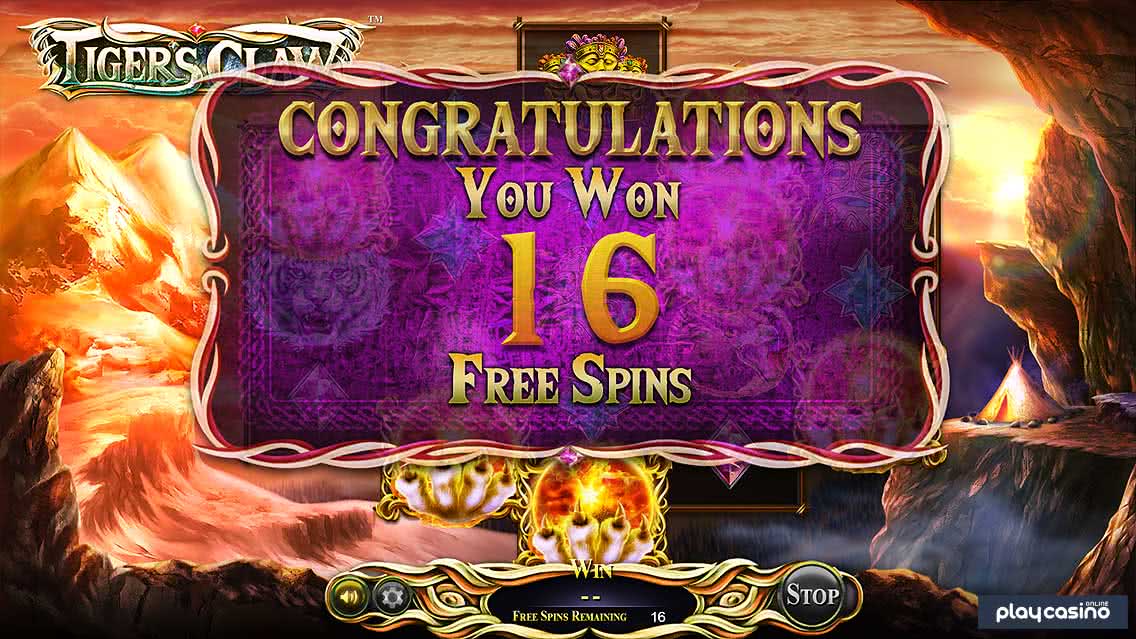 As if having 720 ways to win in two directions wasn’t enough in terms of giving players opportunities for value, the Tiger’s Claw online slot has a traditional scatter symbol as well. Three or more of the shaman symbol anywhere on the reels, no matter in what order or where they fall, will give you a payout. Three of a kind is worth a 2x win, and four of a kind earns 10x. You can also pick up a very solid 50x payout for five of a kind of this scatter. All scatter wins are mulitplied by your entire bet size, so they’re worth a bit more than what they initially appear. 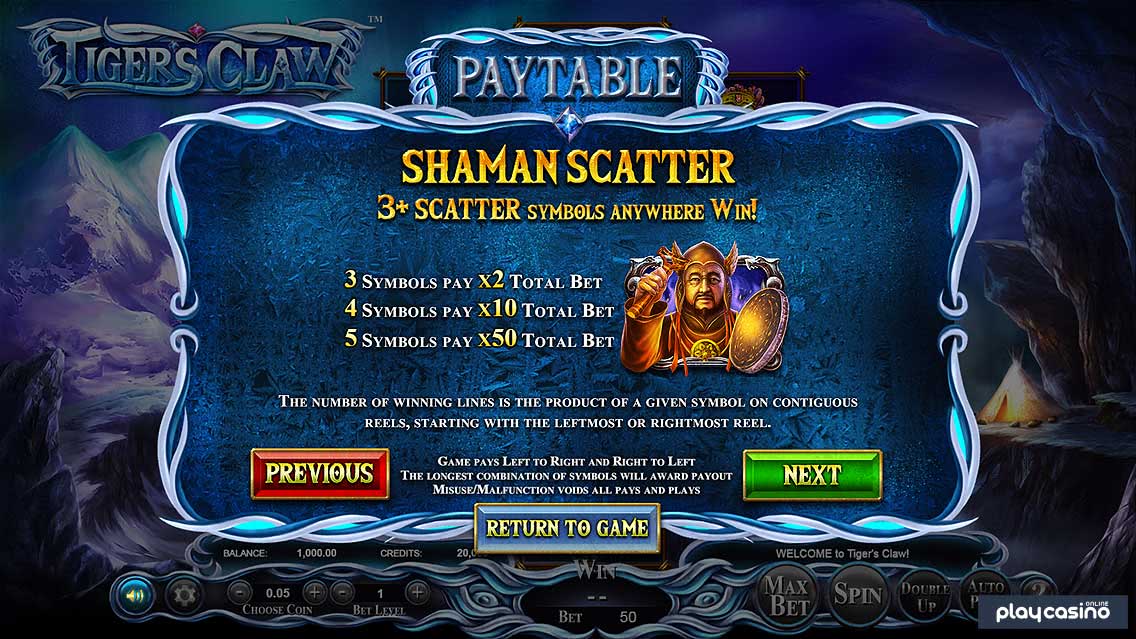 The mountain symbol covered in snow and ice is the wild symbol in this game. It doesn’t show up on the first and last reels, only on the middle three, so it doesn’t give you winning combinations on its own. However, because of the all-ways format and because the game pays in both directions, they are extremely valuable even if they only appear on the center three reels. On top of that, these are the largest reels, so they have a better chance of landing anyway. 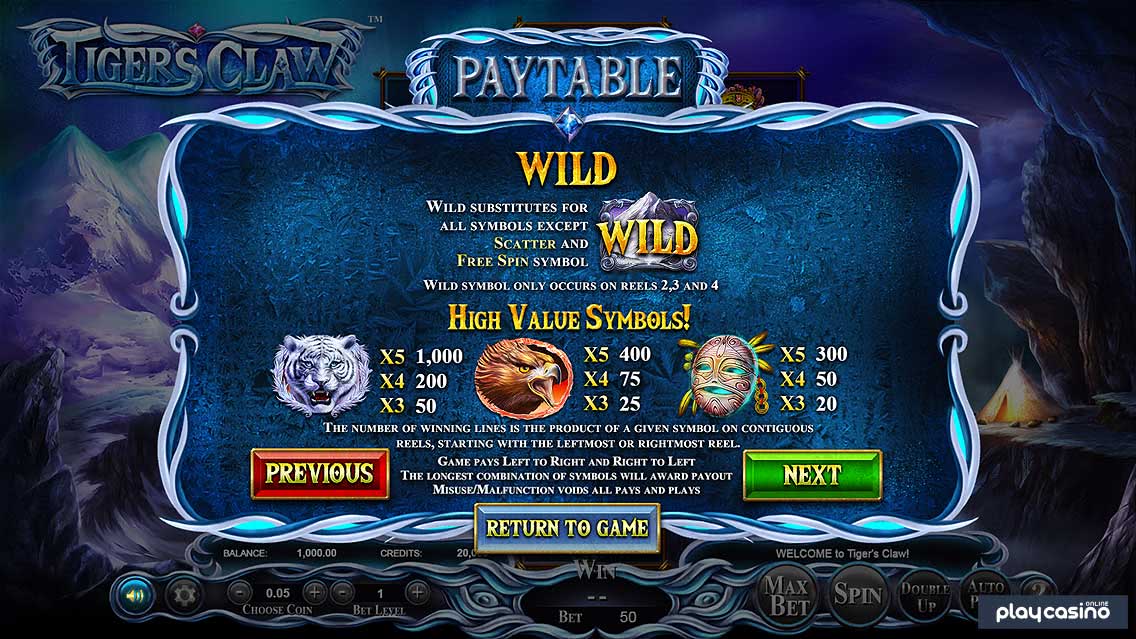 The top-paying symbol in the entire game is the white tiger. It shows up to give players a 1,000x win when you line up five of a kind. The falcon is shown falling down from the sky like it’s attacking prey, and it’ll earn you a 400x payout for five. Likewise, five of the shamaic mask with gold and a light-blue background will earn you a prize of 300x.

What you can see from these wins is that the pay table is pretty balanced, and there are a lot of mid-level wins to go along with the strong 1,000x top jackpot.

Other Important Symbols and Prizes

Five more symbols round out what’s available in the Tiger’s Claw video slot. The set of three shamanic statues is worth a 150x payout for five of a kind. You can pick up 100x for five of the drum set, and five of the rock with markings on it gets you 75x. Finally, you’ll find that there are two gem symbols that each award you 50x for five. One is shaped like a blue, eight-pointed star, and the other is shamed like a purple diamond. 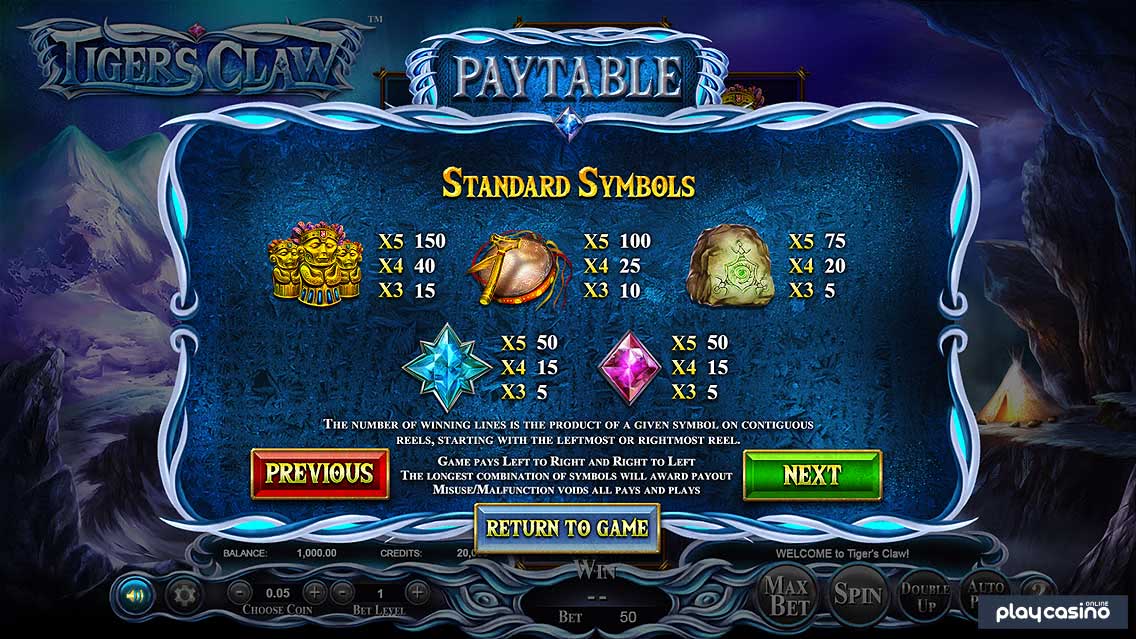 One of the problems with the larger online slot industry is that there are so many games that share a handful of different themes, motifs and concepts. What the Tiger’s Claw online slot does is try to use an Asian-themed game without falling into a lot of the same patterns as other titles in the sub-genre, and to this end, BetSoft has done a pretty solid job.

They’ve done this in a few different ways. First, they’ve used a layout that’s hardly ever used in the industry as a whole but that isn’t so far “outside of the box” that it alienates players. It’s familiar enough to be comfortable with it when you first start playing, but it’s different enough to stand out from the crowd. Second, they’ve leveraged this different style of layout so that it seriously affects each part of the game as a whole, and that’s the kind of thing that works really well. This title is definite proof of that.