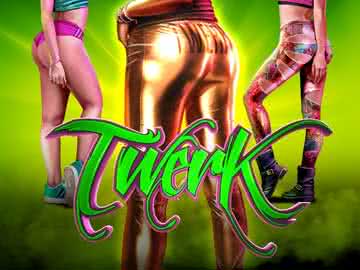 The Twerk online slot by Endorphina captures the spirit of the twerk-style dancing culture, and that includes battles, free spins and more in this three-reel, three-row and five-payline classic slot with exciting music and visual effects.

There is a certain culture that surrounds twerking, the centerpiece of the Twerk classic slot by Endorphina. It’s a particular type of dance that involves shaking your butt and upper thighs, and there is a definite competitive element to it that has driven the culture significantly. This software developer built a game around this style of dancing and incorporated all of these elements of the dance culture as a whole in a way that makes a lot of sense.

It’s worth pointing out that this game has certain elements that could be considered adult in nature. Almost all of the symbols in the game are of the butts of women who are dancing, many of which aren’t completely covered, so that’s something to keep in mind if you’re sensitive to this type of visual material.

Format and Layout of the Twerk Slot

This game has three vertical reels along with three horizontal rows of symbols. There are five paylines, three horizontal and two diagonal, like what you’d expect out of most five-payline classic slots. You can’t change how many paylines are activated because there will always be five. With that having been said, you do have some options on how to change your bet size from a wide range of options. 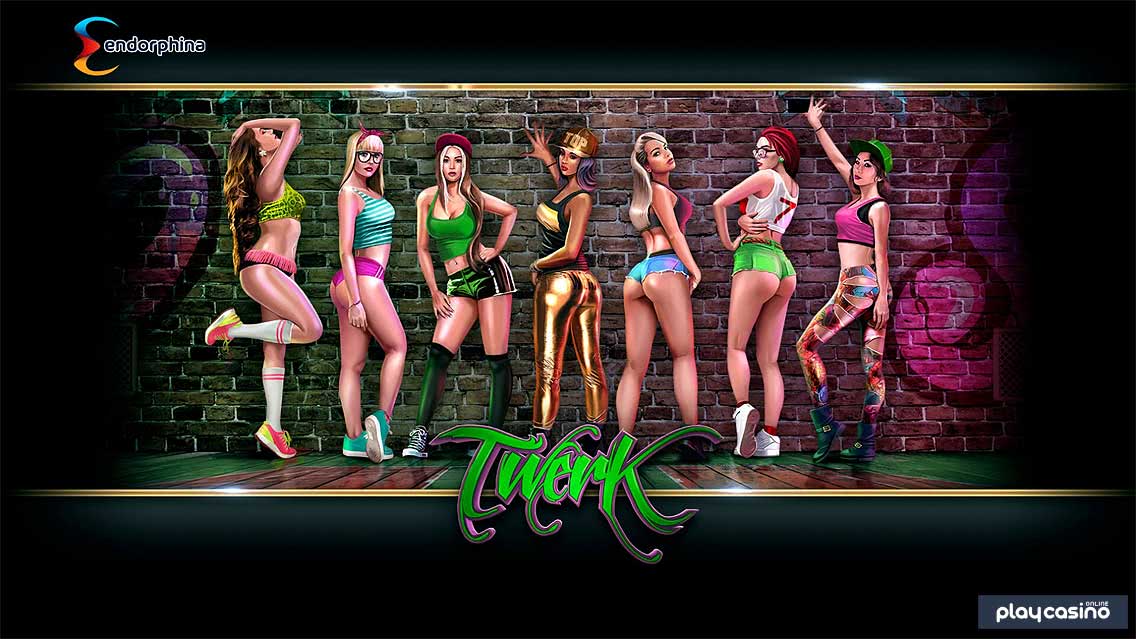 It starts with the ability to bet up to ten total coins on each of those five paylines, so your betting range goes from five coins to 50, which starts off as being pretty wide to begin with. The coins themselves have a few different options for sizes that go from $0.01 to $1, and that leads to a betting range that starts at $0.05 on the low side and that goes to $50 on the upper end. Penny players will love the super-low minimum bet size for this game, but high rollers will have some bet sizes available that will fit what they are looking for as well. 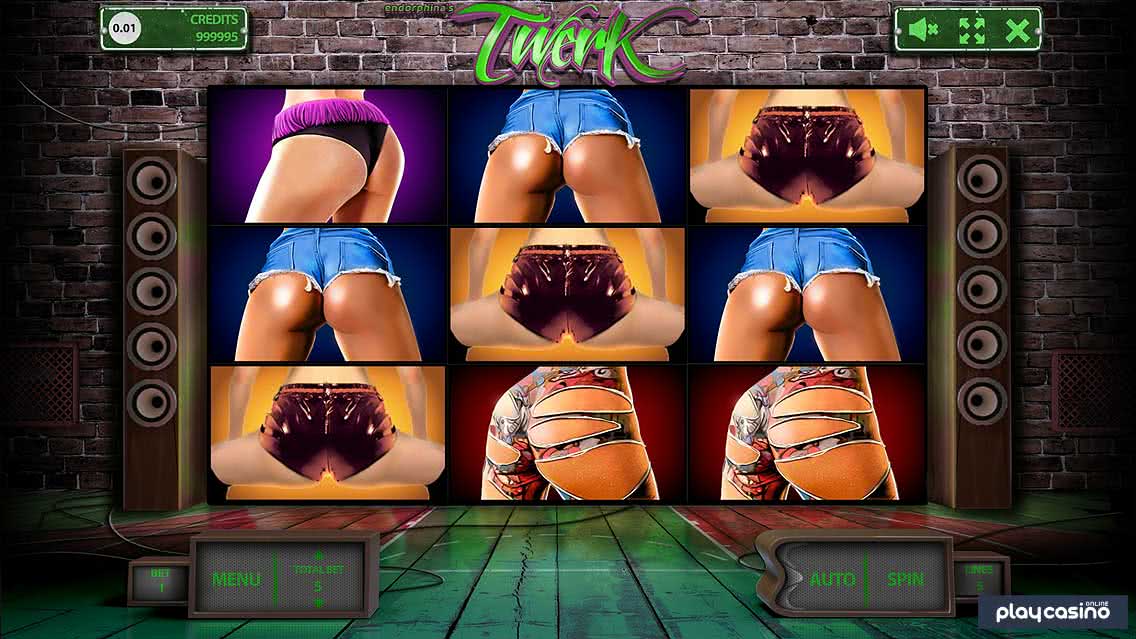 The only non-butt symbol is actually the symbol you’ll want to play the most attention to in the Twerk online slot, oddly enough. It’s the only scatter in the game, and having a scatter in a three-reel title is pretty atypical to begin with. However, if you get three on the reels at the same time, no matter where they fall in terms of positions on the reels, you’ll get a 25x payout. This is a pretty good mid-level win as a part of the whole pay table, and it’s worth five times your total bet as a result. 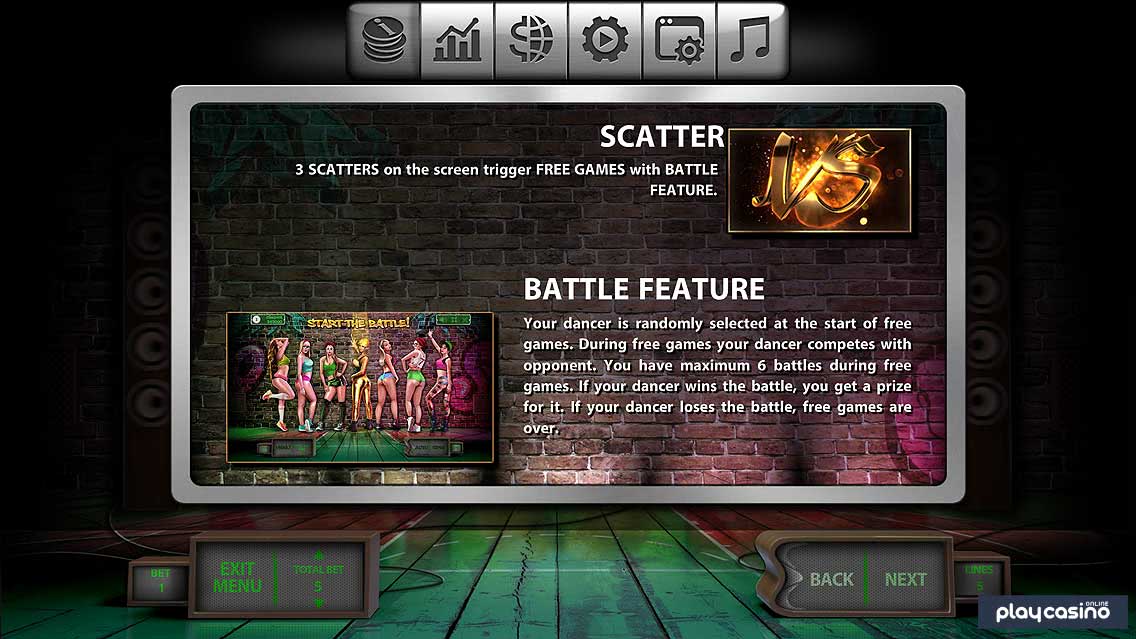 Risk Game and Doubling Up

With the way the Twerk classic slot is set up, you’ll be able to try to double up after each spin. The way this works is that you can choose the “take win” button to have your payout added to your balance, or you can use the “take risk” option to go to a second screen where a dealer card is shown and four options are shown for you to pick from. If you pick a card higher than the dealer, then you double up your payout.

However, you get to see what the dealer’s card is before you take the round, so you can try to double up only if he has a low card if you want to try to make some extra value. In any event, you shouldn’t play the double up game if the dealer has a particularly high card. Also, you can double up as many as 10 times in a row in this game. 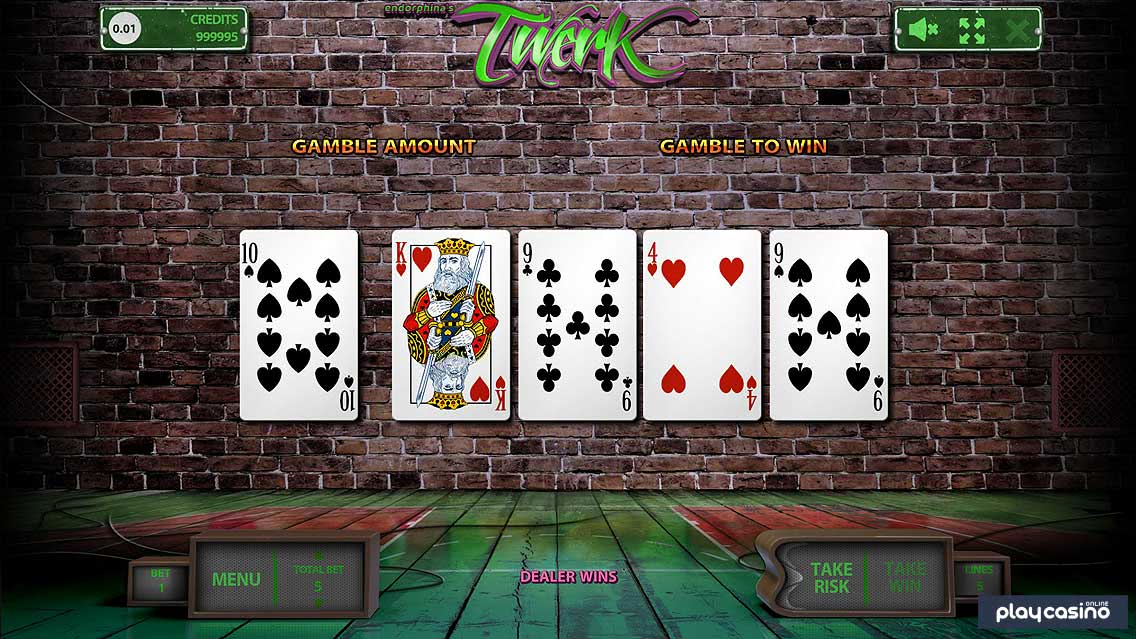 If you get all three scatters on the reels at once, then you’ll be taken to a twerk battle free spins mode. First, you’ll chose from the seven different girls to decide who you want to be your dancer for the battle. Once you pick, you’ll have to make it through as many as six battles. Each battle lasts five rounds, and each round is a free spin. You get points for each winning combination of your dancer, and if there’s a tie, it keeps going until someone wins. If you win a battle, you keep going into the next one until you eventually lose. This means you can have a minimum of five free spins and as many as 30, not counting any tie-breaker rounds.

This feature shows that Endorphina isn’t just using this game as an excuse to get cheap interest through showing a bunch of butts on the screen over and over. Instead, they’re really showing how the battle system works and how it’s an integral part of the twerk culture as a whole. 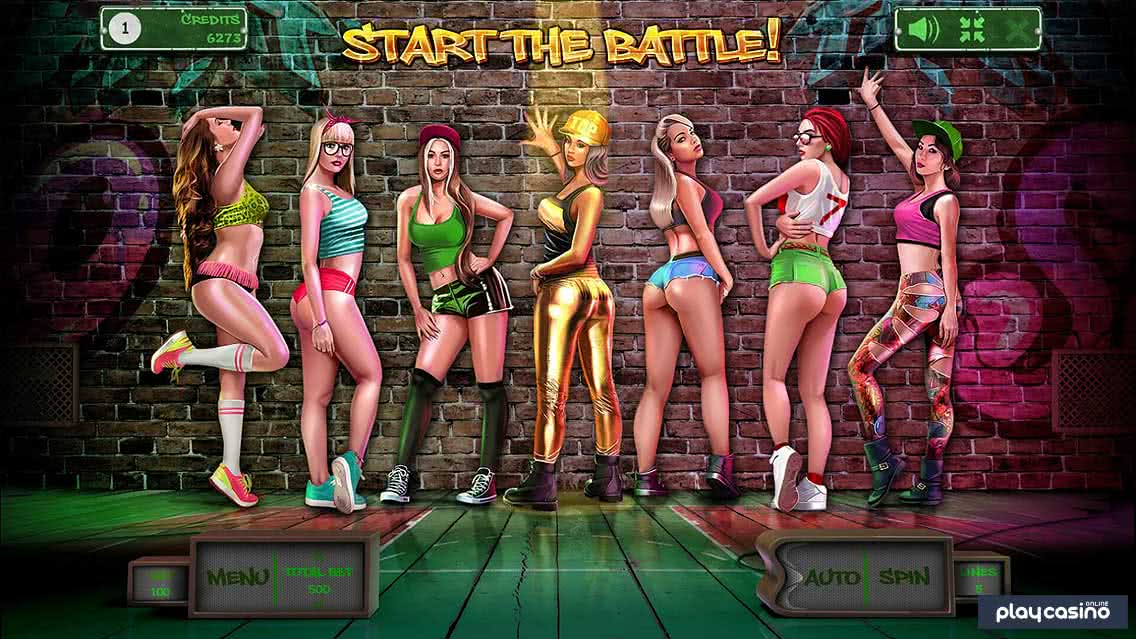 The number one symbol in the game has the orange pants that spell out “TWERK” across the back. If you get three of this symbol, which has flashing golden lights in the background, then you’ll pick up the game’s largest available win of 500x. This is a very solid top win that isn’t so large or difficult to get that it drives up the volatility of the slot as a whole.

There is another woman in a pair of golden shorts, and she’s the next-highest symbol. She has a thin, yellow belt as well on a dark yellow background, and she’ll get you a 1,000x payout for three of a kind. Another win worth 50x is yours for three of a kind on a payline of the woman in the ripped red pants.

A few different lower-level symbols are available as well to round out the pay table. Three of the woman in green jean shorts gets you 20x, and three of the woman in blue jean shorts pays 7x. Three of a kind of the pink shorts or the black shorts with purple trim will reward you with prizes of 5x or 3x, respectively. These pays reflect a pretty smooth transition in the overall pay table from the upper level to the lower level, which is a key part of why the overall volatility is so low and the swings are so reasonable. 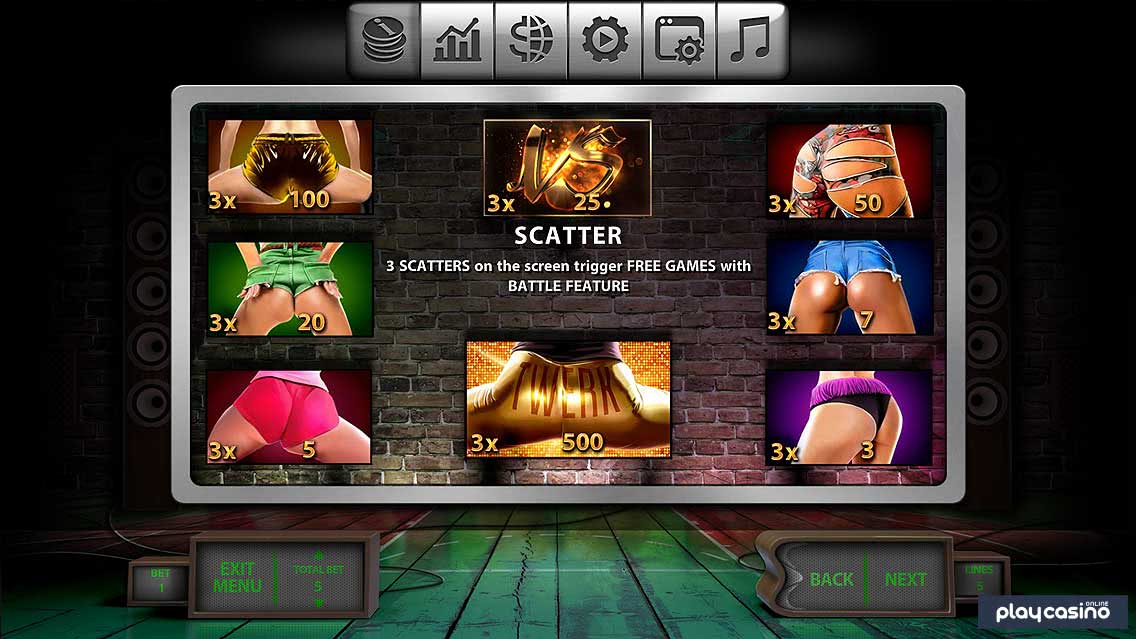 There’s a lot to like about the Twerk classic slot by Endorphina. We find it interesting that they chose to use a three-reel format with this game’s theme, but they did a fine job in building up a slot around this particular type of dance culture. We like the way the free spins mode has been incorporated into the theme from the perspective of a dance battle, and it’s a solid, low-volatility classic slot for players who prefer that particular niche.