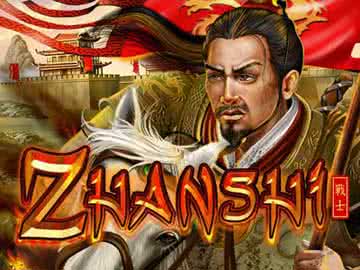 The samurai have been the focus of countless books, stories, television shows, video games, movies and other forms of media for a very long time. Realtime Gaming has used the theme of the samurai as the focus of the Zhanshi video slot, and this game includes a very solid level of graphics to really set the tone. While the theme itself, and Asian-based themes in general, have been done to death in the online slot world, RTG has done a good job in making this title gameplay-focused so that players have a lot to look forward to in this game.

Layout of the Zhanshi Slot

Zhanshi has a fairly standard video slot layout with five reels, three rows and 20 paylines. Instead of choosing coin sizes and the number of coins per payline like what you’ll find with a lot of slots, RTG has simplified the bet selection process greatly. You can choose bet sizes that range from $0.20 to $5 apiece, and these are based on betting between $0.01 and $0.25 per payline, respectively.

Players do have the option of playing with fewer than 20 paylines in this game. However, in spite of having that option, we highly suggest that you always keep all 20 paylines activated. If you feel the need to play with a lower bet size, then do so by adjusting the coin size that you’re using per spin with the “Bet” option in the controls. Playing with fewer than 20 paylines in Zhanshi will hurt your RTP significantly, which means worse chances of winning by the end of your session. 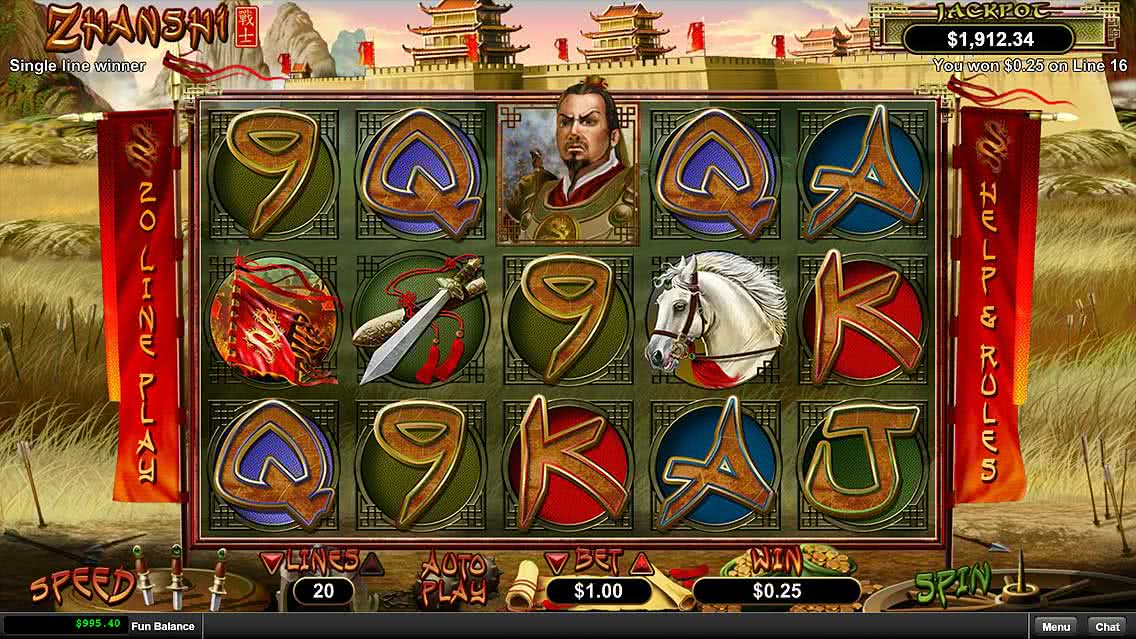 The single most important symbol in this game is the samurai warrior, and that probably makes a lot of sense based on the actual theme of the game being samurai-based. This warrior shows up on all five reels, and he behaves in a somewhat atypical way. This is because you can get paid with just one of a kind of this symbol, which increases the hit-rate of the game a bit and gives you more chances for getting wins than you normally see with wild symbols. It’s rare for any symbol to give a one of a kind win in a video slot in general.

Five of the warrior pays a whooping 10,000x, and you can get 2,500x for four of a kind, which is still a reasonably high pay. Three of this symbol pays 500x, and you can pick up 25x for four of a kind. A 2x win is available for a single wild symbol on the first reel. Note that the only symbol that the warrior does not substitute for is the scatter. 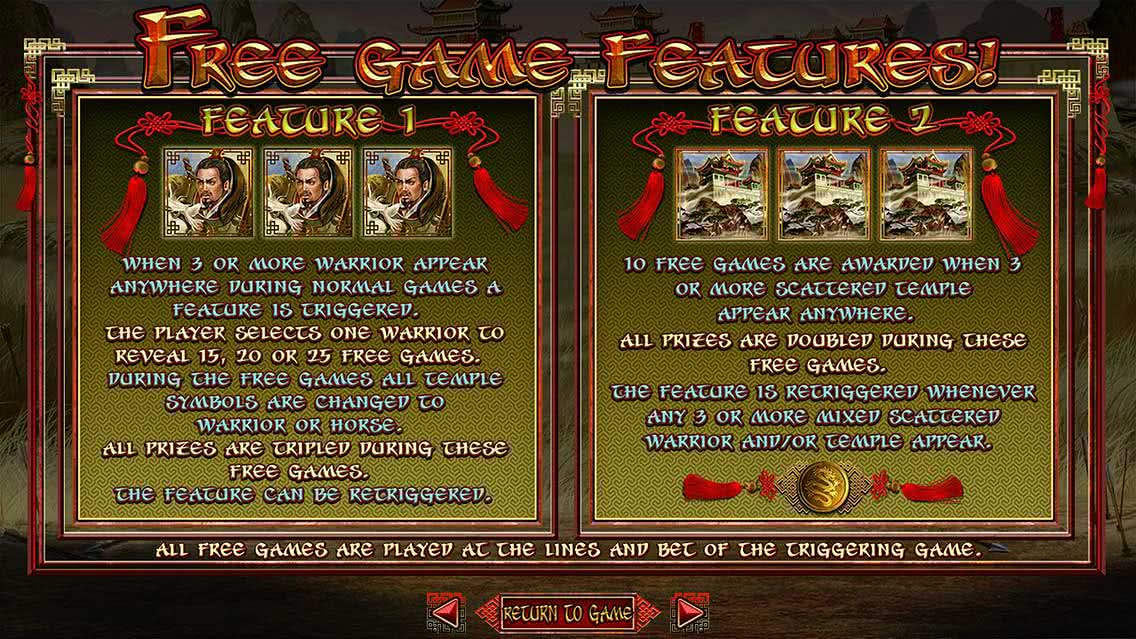 If the wild is the most important, the temple is probably the second most important. Scatter wins are multiplied by your total wager size, so the top pay of 500x for five of a kind will give you the equivalent of a 10,000x line bet win. Four pays 30x, and three of a kind gives you a 3x win. These scatters pay out for wins when they are located anywhere on the reels at all, and that increases the number of pays you get for them. 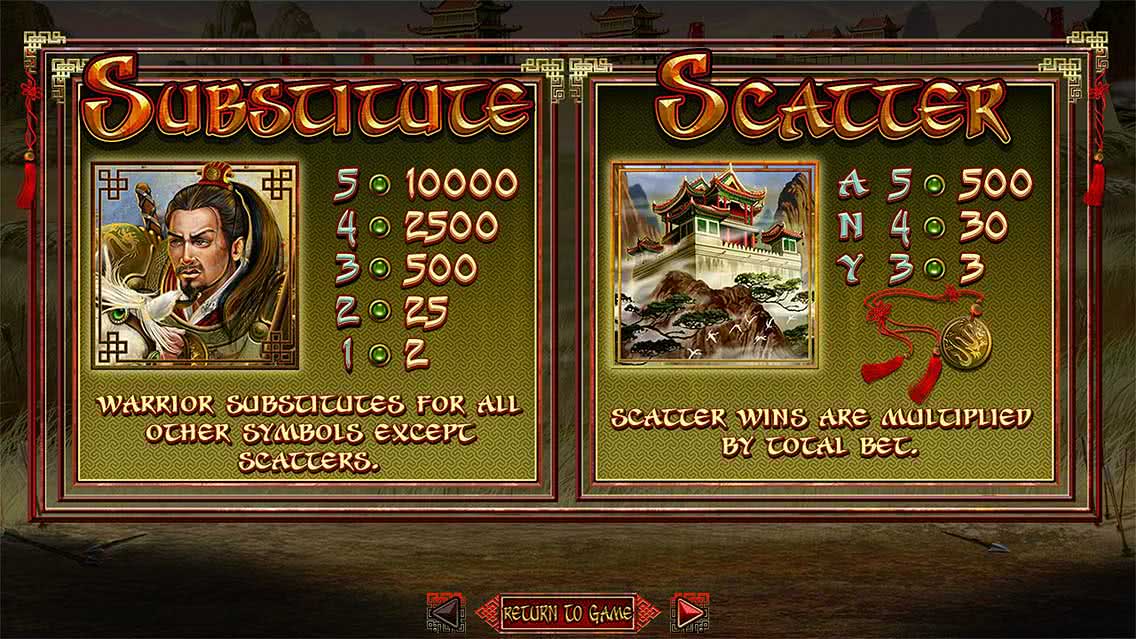 Players have access to two different free spins bonus features in the Zhanshi slot. The first happens whenever you get three of the wild warrior symbol anywhere on the reels. You’ll randomly get 15, 20 or 25 free spins, and all of the temple scatter symbols are changed to the wild warrior or the horse symbol (the top-paying regular symbol in the game). You also get a 3x multiplier on all of your payouts. These extra features combine to give you a tremendous amount of value in this free spins round.

The second bonus feature with free spins is awarded when you get three of the scattered temple symbols anywhere on the game board. This gives you 10 free turns. You get a 2x multiplier on all of your payouts during this feature, but you get the free spins re-triggered if you have a total of three temple and wild symbols on the board at the same time. It’s fairly easy to re-trigger this feature because it uses both symbols to do so, and that gives you a lot of value as well. 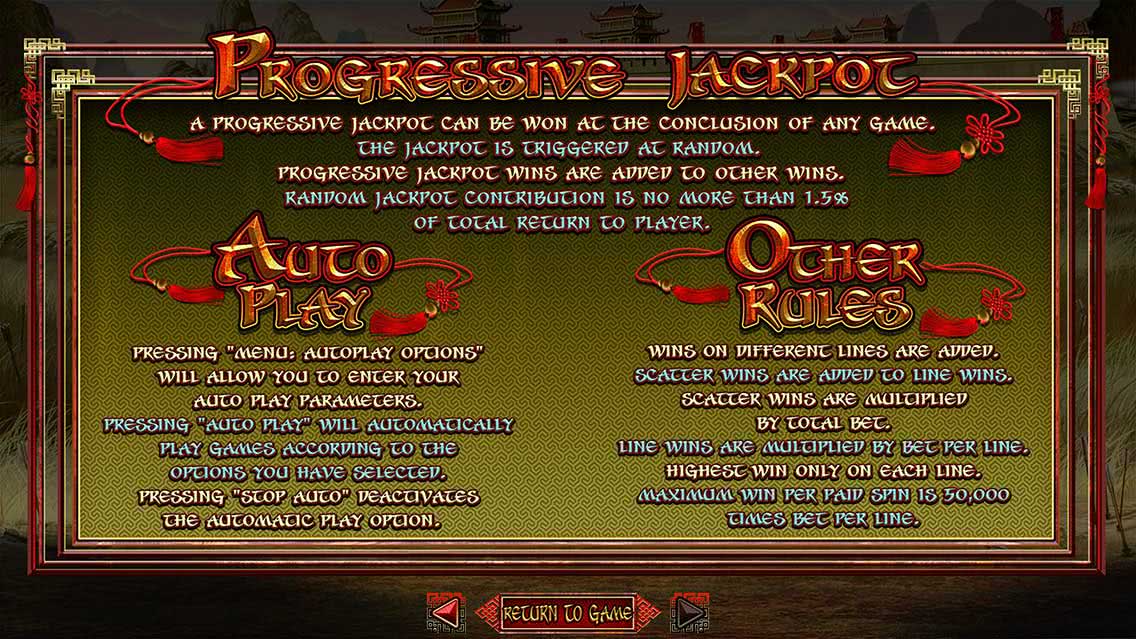 There are a lot of paying symbols in Zhanshi, and it starts at the uppr end with four top-tier symbols. The horse is the highest-paying non-wild and non-scatter symbol. Five of a kind gives you a tremendous 5,000x payout, which is larger than the top jackpot in most games in the genre. You can even pick up 1,000x for four of a kind with this symbol. Five of the flag pays 1,250x, which is also notable, and five of the sword or shield will get you a win worth 800x. These are all considerable pays, especially considering that all four symbols will pay you for just two of a kind. 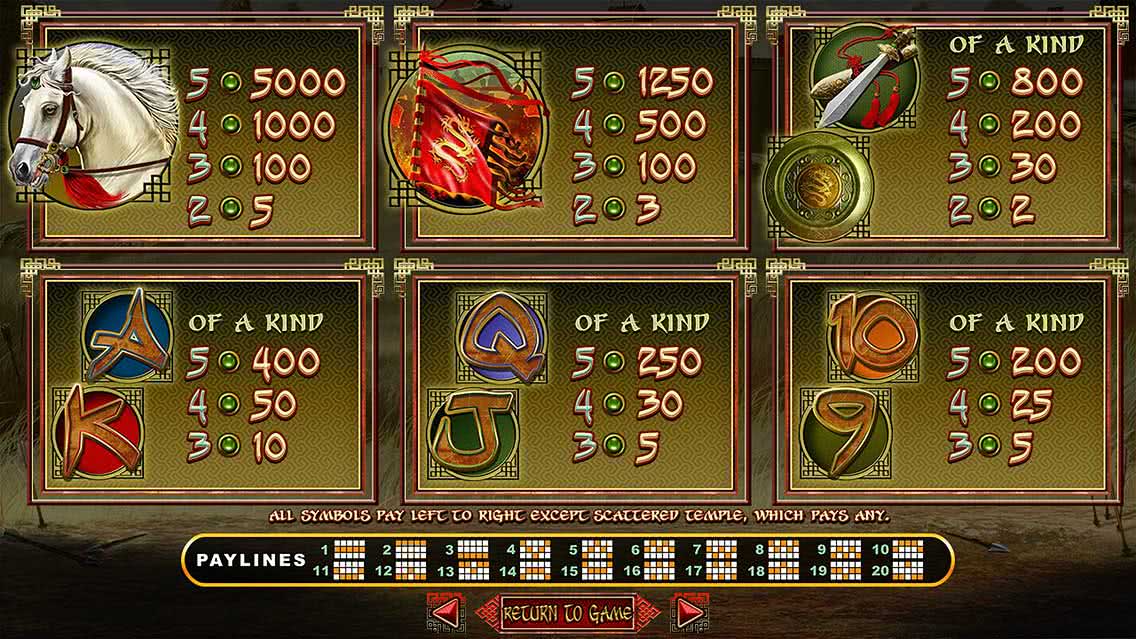 Zhanshi is the type of game that most players will either love or hate, but it’s one of the most popular titles that Realtime Gaming has produced because it has a huge number of high-end payouts. While this does contribute to a high overall volatility, it also creates a situation where players feel like they have lots of ways to take down a significant win, which is completely true.

With multiple styles of free spins bonus round, multiple ways to win 10,000x jackpots and a random progressive jackpot that starts out at $1,000 and hits at random no matter what stakes you’re playing, this is obviously a game that has big winning payouts in mind.