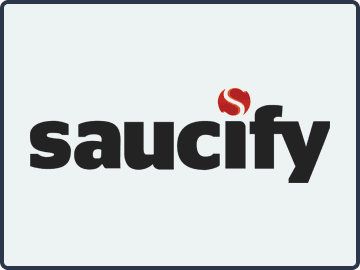 Saucify, formerly known as BetOnSoft, has been producing online casino games since they first launched back in 2006 for over a decade of experience.

Saucify is an online casino software provider with over a decade of experience when it comes to producing titles used for a variety of different operators. They previously went by the name BetOnSoft, but they changed their name back in 2014 to avoid complications and legal troubles due to how similar that name was to competitor BetSoft. In the time that they have been operating, they have built up a pretty reasonable selection of high-quality games.

In terms of licensing, Saucify takes an approach that is a bit different than other software providers. Instead of having their software regulated in just one jurisdiction, it has been designed to meet the regulations in many different jurisdictions. This means that they will adapt to any online casino’s regulatory requirements with ease, and you’ll find that many sites that use their software tend to be licensed in Curacao. This is a pretty good jurisdiction that has a decent enough reputation for keeping players safe and holding software developers accountable.

The Best Saucify Casinos in 2020

The way to identify the best Saucify casinos is to look at what games they offer overall, what their own reputation is like and how long they have been in operation. A lot of Saucify online casino sites also have software from other providers, but you can also look for the following characteristics:

If you’re the type of player who is looking for the best Saucify casino that will satisfy what you’re looking for, then you need to realize that one size doesn’t necessarily fit all. However, we have recommendations here for the best ones that we have reviewed and what sets them apart, and this information will make it really easy for you to make your own decision about where to play. You can pick out the things that really matter to you, and you don’t have to worry about the things that don’t, so your decision can be made based on  your own personal predisposition.

The current paradigm for online casino software platforms is based around casinos that can use games from several different software providers. While Saucify definitely has the game selection under its belt to justify being the only software company represented at a casino, its games are also used at sites where other providers also have content available. To this end, all of their games are available using Flash, and that makes it really easy for these casinos to incorporate their games alongside titles from other developers.

Since their games are all Flash-based, this means that you can connect with your web browser to play. Players with Windows, Mac or Linux can connect in the exact same way since all that you need to play is an Internet browser and a connection. The same kind of thing goes for mobile players since these games can also be played in a mobile browser. The platform is extremely flexible there as well, allowing smartphones and tablets that run iOS, Android, Windows Mobile and Blackberry to connect and play while you’re out and about or on the go.

There’s a wide range of different slots available by Saucify, and these titles have been developed over a pretty significant period of time. This means that you’re going to see general game quality, visual styles and game formats that range from average to excellent. To put this into context, a slot that would have been considered completely awesome a decade ago might only be considered so-so because of the level of graphics and features used, so some titles have to be considered with historical context. With that having been said, all of their games hold up well on the gameplay side of things, even if the graphics of some of their titles might appear dated.

The Saucify slots are divided up into two main groups along the lines of what you would probably expect if you’re a fan of the genre. There are some three-reel, classic slots, but the majority of their games are five-reel, video slots. These games cover a really wide range of themes, and something that sets them apart is that very few of them use the “stock” themes and concepts that most software providers have built games around. This provides a fresh viewpoint that has gotten them a lot of attention over the years.

All of Saucify’s table games look extremely good. They have a great visual appeal, and they’re up there with the best-looking table games that you’ll find in terms of the actual graphics and presentation. Their selection includes Baccarat, three card poker and four styles of blackjack. While this isn’t the largest selection of table games out there, especially considering they’re missing classics like craps, the bottom line is that many sites that use these games also have titles from other providers. This helps to shore up the lack of traditional table games here.

While they aren’t technically table games, they have also produced a number of video poker titles. Bonus Deuces Wild, Aces & Faces, Deuces & Joker Wild, Bonus Poker Deluxe, Triple Double Bonus, Joker Poker, Jacks or Better and other titles are available as well. Some of them are also available for play with up to 50 hands at a time, which is a tremendous upgrade in terms of overall action from the single-hand versions. Throw in some scratch cards and keno, and you have a decently balanced selection of non-slot titles.

Saucify is an online casino software company that has produced some great games. While they have their advantages and disadvantages, they tend to be better for players who prefer slots over table games simply due to the available game selection. If you play with a site that has their games in addition to those from other providers, however, then this is a non-issue, and this type of content distribution arrangement continues to get more and more popular over time. Overall, they’re a fine software provider, though they are definitely a tier below the top dogs in the industry.