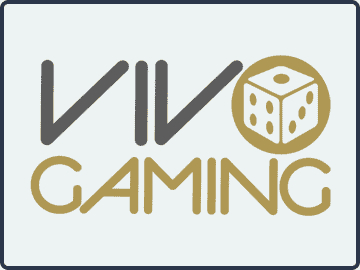 Since 2005, Vivo Gaming has been offering live dealer games and online slots with a license from Curacao and offices in Laos and Costa Rica.

The name Vivo Gaming is synonymous with a variety of live dealer games and a software package that’s centered around fitting in with a variety of existing platforms. They’ve been in operation since back in 2005, and that gives them a pretty long time in the industry. While they do have a license in Curacao, they often have their software available on sites with licenses from other licensing jurisdictions, so they meet a higher level of standard than some might expect.

Something that stands out for this company is that they are the only software provider that offers live dealer craps, but unfortunately, they do not offer this currently to players for whatever reason. As you’ll see below, this is in line with the reality that they have one of the widest ranges of games available, and that’s something that makes them stand out in a major way compared to other providers of live dealer table games.

What you’ll generally find is that virtually all casinos that use the Vivo Gaming software do so in order to add live dealer tables to an already extensive selection of games. This means that you’ll find them paired up with a variety of other software packages, so the best casinos with the Vivo Gaming software will include the ones with the best overall selections of games from other providers. Along these lines, players have a lot of flexibility when it comes to picking and choosing which sites they want to join for these titles in particular.

You’ll see from our selection of recommended casinos that use this software that we are very serious about only recommending brands that can be trusted as well. We firmly believe that there’s no point in gambling somewhere if you aren’t certain that you can trust the site with your money, and that’s why we have vetted a variety of Vivo Gaming casino sites to the degree that we have. Some people may call that excessive, but we just call it doing our homework and passing that knowledge on to people who want to know who they can trust. 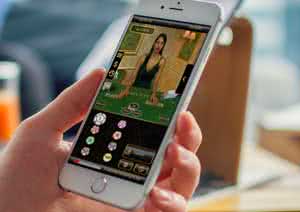 Flexibility is important in the modern era of online casinos no matter what kinds of games you’re interested in. Different players from all over use a variety of different types of computers and mobile devices to connect, and if a software provider isn’t able to cater to such a diverse group in this way, then they’re going to miss out on a lot of interest from a lot of players.

As such, the Vivo Gaming online casino software is set up to make it really easy to connect with the following platform options:

Live Baccarat on a Mac

One thing we do want to point out for mobile players is that you’ll probably want to stick to Wi-Fi connections when playing the Vivo Gaming live dealer tables. The reason for this is that the high-definition video and audio feeds will use a lot of data in a short amount of time, and if you don’t have an unlimited data plan, it could affect your mobile bill and available usage along these lines.

While they are primarily known for their live dealer titles, there are a number of Vivo Gaming slots available as well. One reason that they added these slots is to make themselves more attractive to software providers that they would want to make content distribution deals with. We aren’t sure that this would have made a big difference for most providers, since what they’re normally after are the live dealer tables, we think it’s a good thing for the players since it adds more depth to their overall game selection and shows that they’re willing to expand in new directions.

In terms of game quality, the selection of Vivo Gaming slots definitely weren’t just thrown together. Some real effort went into giving these games a good look and a strong sense of gameplay with a variety of available themes and features. There aren’t a ton of them, but what is available definitely shows that they took the quality of their offering fairly seriously, and we absolutely get the impression that, if they wanted to focus on them, that they could become pretty well-known for their online slot selection as well.

Most players will be interested in Vivo Gaming for their live dealer tables because that’s the main thing that they offer and what they have developed their brand around. While we’re going to take a look and break down their selection as a whole, there are a few things that you should first know about their live dealer interface in the general sense:

With all of that having been said, let’s take a look at each of the live dealer games that they offer. 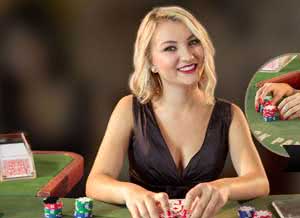 Here’s what to know about their Caribbean Poker games:

The schedule for live Caribbean Poker varies and isn’t always available. However, this is a Caribbean Stud game, which is one of the most popular forms of casino poker out there today. If you’re a fan of games with a bit of strategy but that also aren’t too complicated, then this is a title that you should look into. 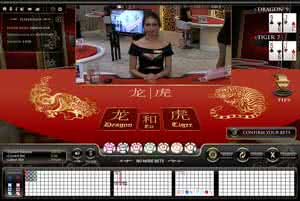 Players should know the following about Vivo Gaming’s Dragon/Tiger tables:

While Dragon/Tiger is more popular in Asian countries than in the West, the gameplay is pretty similar to Baccarat except that it’s played with one card to each starting hand. Players can bet on which hand will win or if there will be a tie, and all complicated side bets have been removed from the game to keep things going quickly so that players don’t have a bunch of downtime.

Vivo Gaming’s Dragon/Tiger tables use an eight-deck shoe, and it’s great for players who like to examine the play histories to try to find patterns to exploit to get an edge. It’s also generally easier to take this approach in this game than in Baccarat, which is a game where a lot more cards are involved. 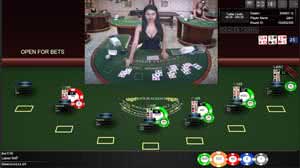 This game also uses an eight-deck shoe, so you’ll definitely want to be using a multi-deck strategy when you play. There are seven seats at the tables, and you can play up to three seats at a time. They have pretty liberal rules that allow for some pretty strong strategies, and this includes allowing people to split twice per hand and allowing you to double on any two cards. Otherwise, Vivo Gaming blackjack tables use “Vegas Rules,” which include things like how the dealer handles a soft 17. 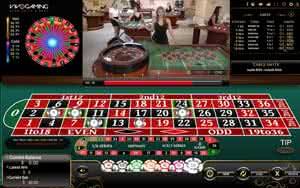 There are a few points to know about Vivo Gaming’s roulette games:

Live roulette games are a bit different in how they’re presented since they aren’t based on cards. As such, you need different camera angles for the table and the wheel, and that’s what you get from Vivo Gaming’s live roulette offering.

This is a single-zero game of European roulette, and you can change between two interfaces for your betting with a traditional option and a racetrack option. Each of these formats allow for the exact same bets with the exact same odds, but some players just prefer one table format over another, so they keep it flexible to appeal to everyone.

You’ll get a close-up view of the wheel when it’s spinning so that you can see that the games are actually being played out live instead of with a computerized random number generator, so you’ll get the full, authentic roulette experience. 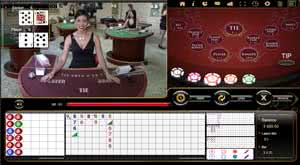 The Baccarat tables by Vivo Gaming include a few things you should know:

The Baccarat selection of Vivo Gaming’s live dealer offering is where they really shine, and it’s what they’re most well-known for. A major aspect of this is that they have as many as seven or eight different versions of the tables going at any given time, and this covers different types of side bets, different types of play rules and different table layouts.

If you like the whole “squeeze” process where cards are slowly revealed through a process that slowly narrows down what the given card could be, then you’ll love their Baccarat Squeeze tables. If you just want peace and quiet and to enjoy the play in front of you without a bunch of chatter, then their single-player tables are an excellent option. Want more excitement and betting options? They have tables with tons of side bets, but be warned that the games will run slightly slower since all of those extra bet types have to be clarified once the hand has been played out.

If you’re a big fan of live dealer games, then Vivo Gaming casinos should definitely be in your sights. Their selection is more extensive than most other live dealer providers out there, and the quality of their games and live feeds is particularly high. We like that they offer so many styles of Baccarat and that they have a great chat feature that allows players to really get in on the social aspect of the games that seems to often be missing. Overall, they have a great software package that’s flexible enough for almost anyone to be able to connect and play.